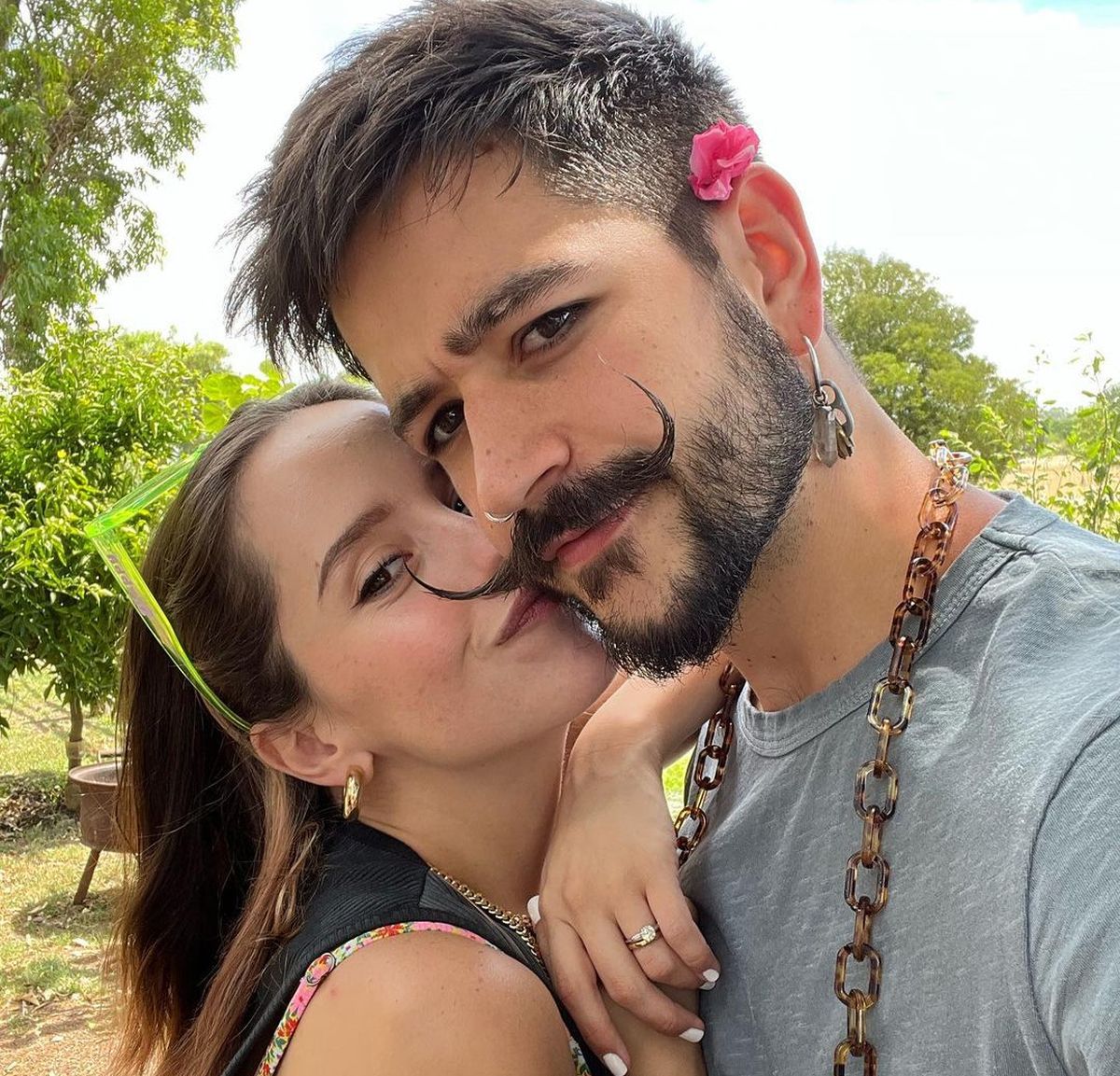 If there is someone who has known how to literally put his partner’s family in his pocket, that is without a doubt Camilo Echeverry. After marrying Evaluna, Ricardo Montaner’s youngest daughter, has become yet another “son” for the interpreter of Me va a extrañar. For this reason, every time we mention the name of the young singer, it is impossible not to immediately relate to his wife, who is waiting sweetly.

MORE INFORMATION: What was the reason why Héctor Montaner did not attend the wedding of Ricky and Stefi Roitman

Although we all know that their relationship began in 2015, we cannot deny that, before they met, there were other people in their lives for whom they sighed. As themselves pointed out on the YouTube channel they have together, when they first saw each other in 2014, they were each dating someone else.

Until now, nothing is known about who was the then partner of the minor of the Montaner Dynasty; Quite the contrary happens with the young woman who stole the heart of the Colombian artist. She still keeps photos of her ex-partner on her social networks and the affectionate comments that she made several years ago. Next, everything that we know about this woman.

The singers are married and expect their first child (Photo: Camilo / Instagram)

Everything we know about Gabriela Andrade, Camilo’s first girlfriend

Gabriela Andrade Vélez is a Colombian who turned 28 last December. On her Instagram account, she describes herself as “A Colombian more Venezuelan than the arepa”, and she frequently shares photos of her family, especially her daughter Federica, who in April 2021 was celebrating her second birthday.

She is married since August 2017 with Nicolás, 30 years old, with whom she also has several photos on her social network and where she dedicates him tender words.

“Make no mistake about you. Thank you for giving everything, every day my fat man. You are the best dad my fat girl could have. We love and value you every day of our lives. Like you, few”, he wrote in June 2021.

Furthermore, the mother is a pet lover, especially his dog Pascal, whom he adores. What’s more, he dedicate an Instagram account to upload everything about him: @elgranpascal.

The romance between Camilo Echeverry and Gabriela Andrade would have occurred between 2013 and 2014, after seeing the Instagram account of Federica’s mother, who still has photos with the singer. Moreover, the messages that the singer of “Tutu” dedicated to him when they were very young are maintained.

“Amooo”, “You can see those divine little eyes”, “My beautiful fat girl, how beautiful you are”, “Guapurita!”, “Uff! I melted” and “Gabriela, I melt with this photo” were some of the comments that Ricardo Montaner’s son-in-law sent to his then-partner.

In the images in which both appear on Andrade’s social network, Camilo and the woman are seen when they were very young, alone, and with their group of friends. The reasons why they ended their relationship are not yet known, although the followers speculate that she could be the person who inspired the song “Ropa cara”, since she knew that she created it for an old girlfriend whose identity she did not reveal.

Photographs of the couple

THE COMMENTS THAT CAMILO MADE TO GABRIELA