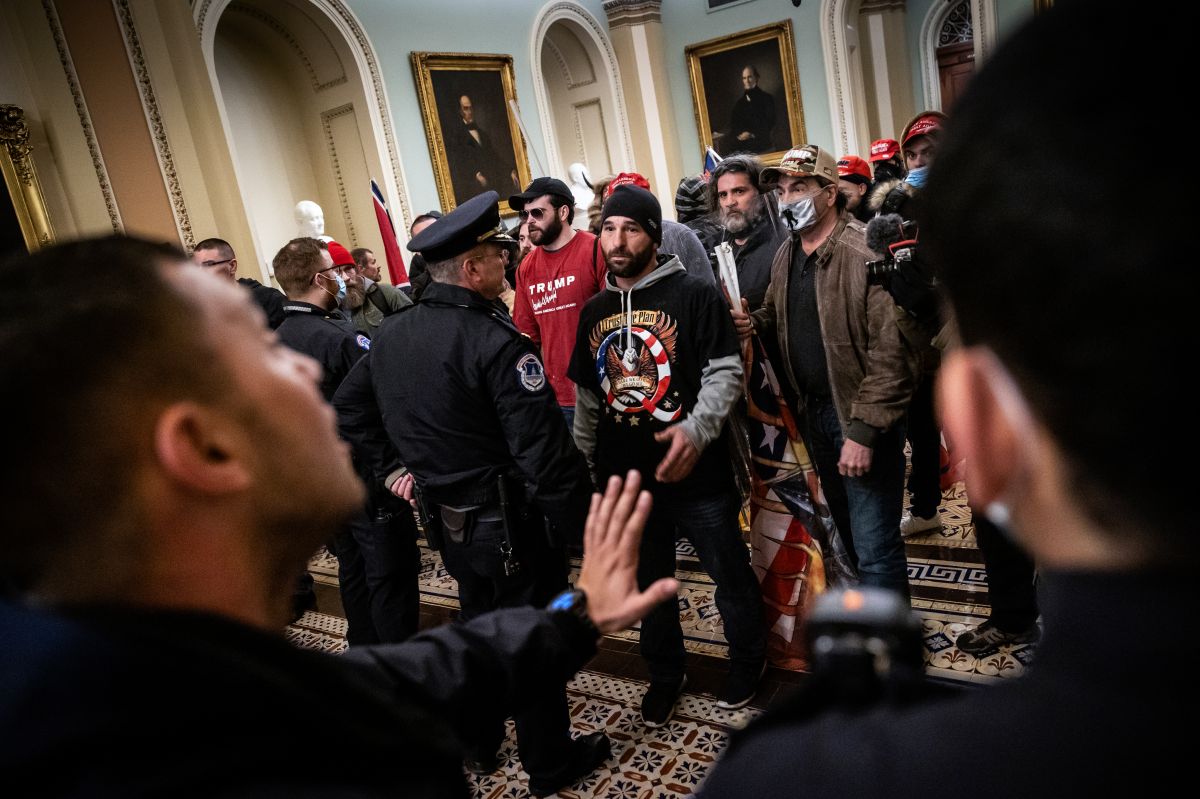 One of the Jan. 6 rioters and alleged white supremacist was convicted Friday and faces five charges after his case was linked to a claim he didn’t know Congress was meeting on Capitol Hill. from United States.

“I thought there were several buildings called the ‘Capitol building,’” Timothy Hale-Cusanelli, an alleged Nazi sympathizer and Army reservist, told the jury on Thursday, adding that he was “from New Jersey” and that he was an “idiot” and ignorant. “I didn’t realize that Congress was meeting on Capitol Hill.”

At the time of his testimony, the jurors rolled their eyes at that explanation and Hale-Cusanelli later assured that he was well informed about the operation of the Electoral College process and American politics in general, for which he attended classes. in college.

The judge in the case, Trevor McFadden, said he found the claim “highly dubious” after the verdict, suggesting it could be open to an enhancement against the man for obstructing justice. Hale-Cusanelli’s sentencing is scheduled for September 16.

The defendant, who cheered and shouted at the crowd of Donald Trump supporters to “move forward” during the riot before entering the Capitol, he was the fifth Jan. 6 agitator to be convicted by a jury in Washington, and faces up to 20 years in prison for the felony count of obstructing official proceedings.

The final sentence, however, will possibly be much lower than what he could face.

Jurors said they were able to “put aside” Hale-Cusanelli’s “obscene language,” even his anti-Semitic comments. “There are people who have views like that,” the jury said, “but the fact is that she took more action.”

Likewise, the jury informed CNN that the man’s testimony came out as “damage control” and that it was his explanations on the stand that “killed him,” referring to the fact that they harmed him.

Hale-Cusanelli, stood motionless, chest up and chin up as the verdict was read. and hugged his team of attorneys before being led away by deputy US marshals.

At trial, prosecutors posted video of Hale-Cusanelli yelling a sexist slur at a female police officer during the Capitol assault and also played audio and revealed text messages in which the defendant expressed anti-Semitic views, accusing the Jewish people of control the president, Joe Biden, also stating that he wanted a civil war.

Jonatham Crisp, her attorney, said prosecutors were trying to convict Hale-Cusanelli for her “offensive” and “abusive” language.

“He couldn’t stop,” Crisp said. “She couldn’t shut up to save his life. And that’s how he ended up here.”

The attorney also said that while Hale-Cusanelli “knew he did it wrong,” he cannot be guilty of the felony of obstructing lawmakers because he didn’t even know he was in the building. He has a “superficial knowledge of politics.”

However, prosecutors stated that the defendant “knew exactly what he was doing that day,” adding that he wanted to stop the electoral college vote. “That was mission accomplished.”

“This defendant is not here today for his [historial de] ugly words,” prosecutor Karen Seifert told the jury, but because “he and the crowd … decided to take matters into their own hands.”

In addition, another controversy within the trial is his sympathy for the Nazis, one of the charges against him.

In earlier hearings and filings, prosecutors referred to interviews conducted with more than 30 Navy colleagues who heard from Hale-Cusanelli say things like “Hitler should have finished the job.” Prosecutors had also shown pictures of the man sporting a Hitler-style mustache.

“I’m half Jewish and half Puerto Rican,” Hale-Cusanelli told the jury, adding that he didn’t really believe the anti-Semitic notions he was spouting and that they were actually a form of “self-deprecating humor” he used with his friends.

In addition, he questioned his words in an audio, recorded by his former roommate after January 6, that prosecutors showed the jury yesterday, in which he said that the Jews were “controlling President Biden.”

“If anyone is more supportive of Jewish interests, it is Republicans,” Hale-Cusanelli said.