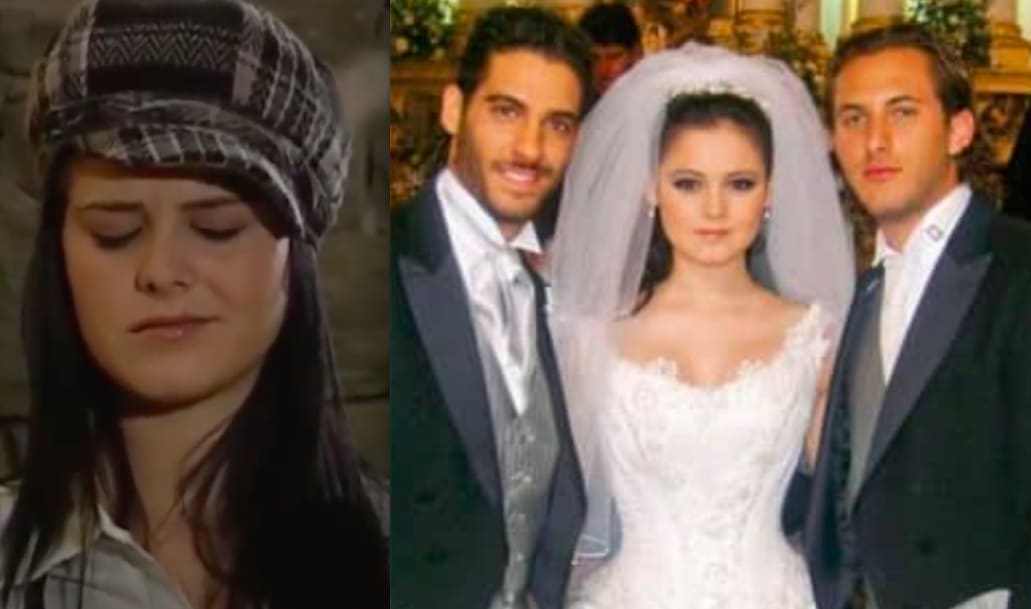 Not all that glitters is gold? Former Mexican actress, Allisson Lozz reveals an unexpected confession regarding the world of television and argues that during her work on soap operas she lacked money, since they were not paid as much as is believed: “You will be surprised that many of my fellow actors and I were very, very poor economically ”.

The world of television is full of happiness, glamor and ostentation, where it has been widely believed that it could be the ideal job for several due to the payment that actors could have thanks to multiple television productions, however, all this can turn out to be a lie and all those ostentations can be a simple farce, at least that is how a well-known former actress of Televisa.

Allisson Lozz from a very young age was already positioning herself as one of the youngest promises she had Televisa, and is that thanks to her various productions for children and youth, the 28-year-old woman was winning over the public thanks to her beauty, talent and sympathy.

However, all this changed when he announced his retirement unexpectedly from the spotlight, being the telenovela In the name of love the last production in which she would participate, leaving all her followers and fans surprised by such an abrupt decision, since for them, she was at the peak of her artistic career.

After this, it was the news portal People in spanish where an unexpected confession was made known by Allisson Lozz, where he unmasked the true face that the world of television had, arguing that really all that wealth that is said to have from the artists who work on soap operas is false.

According to the portal, it is stated that the former protagonist confessed that her colleagues did not really earn enough as many viewers believed: “You will be surprised that many of my fellow actors and my family and I were very, very poor economically”, began in your statements.

“The money they gave us was very little”: Allisson Lozz reveals an unexpected confession on television

After this, the former Mexican actress, Allisson Lozz, would not end there, since later she would reveal that when they paid rent there, all the money was going to them, despite working and even being the protagonists of television productions, and that really all the wealth that was believed to have from them was completely false:

“We paid rent, viles and the apparent luxurious life that an artist leads, made the little money they gave us go there”, confessed Alisson Lozz, who is currently away from the artistic world being a mother and selling beauty products from a brand recognized cosmetics.

“You were not earning anything”, Allisson Lozz reveals an unexpected truth about the world of television

Given this, Allisson Lozz confessed that you could not really live only from soap operas, since you also had to do other jobs to really earn something: “If you did not do external commercials, you really did not earn anything,” revealed the native of Chihuahua for her social networks .

The former actress also confessed that all these truths about the world of television could not be told through the screen, since that ‘could ruin the glamor’ of this sector, also confessing that many of her fellow actors from the soap opera To hell with the handsome, who were just as young, at that time paid rent.

“And you couldn’t ask for more money, since for them you weren’t indispensable” Allisson Lozz reveals the true face of television

To end with these confessions, where the former Mexican actress, Allisson Lozz revealed everything about the world of television and soap operas, argued that they could no longer ask for more money from the production, because they answered that they ‘really did not they were indispensable ‘: “And you cannot ask for more money because they tell you that you are not indispensable. They demand that even if you feel very sick from so much work, you go on and on ”.

After this, it was widely commented that she had a lot of damage to her health due to the constant stress she was subjected to when she worked: “They are very bitter damage that when we remember my life in the artistic environment they still hurt”, concluded Allisson Lozz regarding what who lived during this hard time for her.

It was last October when the former Televisa star, Allisson Lozz revealed the whole truth about his departure from soap operas, clarifying all the doubts he had left in his wake after announcing his retirement. Filed Under: Former Actress Allisson Lozz Makes Unexpected Confession On Television

Allisson Lozz had a great career in the world of novels since 2003 when she appeared with the role of villain in the telenovela Alebrijes y Rebujos, starting a promising career in acting, where many argued that little Allisson was it was going to turn into a great promise of the show.

His retirement from acting

However, and after several stars in novels, all being great productions and acclaimed by all, in 2010 Allisson decided to retire from acting, leaving many questions among the audience. Filed Under: Former Actress Allisson Lozz Makes Unexpected Confession On Television

After her departure, there was much speculation that the actress had decided to move away due to her relationship with Eliu Gutiérrez, with whom she married in the year after her retirement. Others argued that it was because of their religion, as the show’s young promise had become a Jehovah’s Witness.

The publication consisted of a photograph of her posing leaning against a tree, while she looks completely blonde, with a hat with pink flowers and a navy blue dress, while it is possible to see trees of different colors in the background, giving it a more autumnal touch. to the photo. Filed Under: Former Actress Allisson Lozz Makes Unexpected Confession On Television

Why did you quit television?

However, what many of his followers did not expect was that in this publication the former Mexican actress, Allisson Lozz, would reveal the whole truth of her departure from the novels, clarifying all the doubts she left after her departure. Filed Under: Former Actress Allisson Lozz Makes Unexpected Confession On Television

Among the comments of many of his followers praising how beautiful Allison looked on the postcard and how happy she looked, was one that strongly attracted the attention of the public and the media: “Why did you leave the TV?” a netizen asked without further ado, a question that many of his followers and even the press wanted to ask Allisson.

The real reason for your retirement

Faced with this question, an Internet user wrote that it had been because of her religion, as many thought, however, Allisson Lozz decides to tell the whole truth and denies these assumptions: “It’s not really pretty, my religion has never forbidden me anything, I decided to change my life to be happy and have time for what is most important to me.

The former protagonist of the novel To the devil with the handsome men later lists the reasons that make her happy: “1 My God, 2 My family, 3 And then my job.” Later he confessed that his religion does not deny him anything: “I have never heard that my religion prohibits anyone from doing something, everyone makes personal decisions out of their own conviction,” he concluded. Filed Under: Former Actress Allisson Lozz Makes Unexpected Confession On Television. Some images of this note come from this and this videos