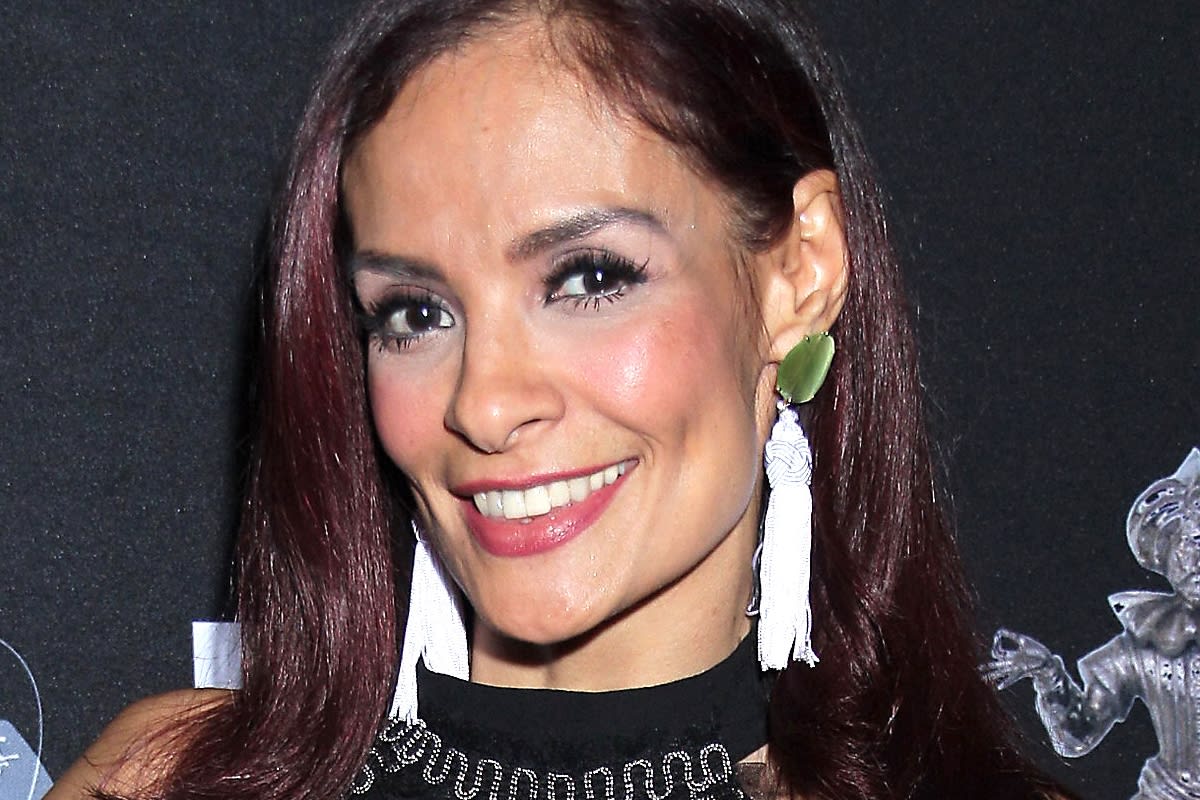 Edwin Luna‘s former partner, Mexican actress Alma Cero, revealed the band’s singer’s unexpected past The Trakalosa, Edwin Luna, where he confessed that the Mexican had a child with another woman when he was still married to her and spoke about how difficult the entire divorce process was, also stating that she was never the third in disagreement.

Go that things have become extremely difficult for the singer originally from Monterrey, Nuevo León after there are several rumors that his current wife, the model originally from Guatemala Kimberly Flores, is being unfaithful with the actor Roberto Romano, now that he is participating in the reality show of Telemundo The House of the Famous.

After this, many have pointed out that the singer is getting “karma”, since several followers and users on social networks have affirmed that this whole drama is about “divine justice” for Edwin Luna, since according to rumors he She was unfaithful to her ex-partner, the Mexican actress Alma Cero, and despite the fact that the comedian had not said a word, it seems that she is no longer willing to shut up.

And it is that thanks to a video published by the Instagram account of Javier Ceriani and Elisa Beristain’s program, Gossip No Like, the interpreter of the character “Rosa Aurora” reveals all the dark past of which she was a great love for her, confessing that During their marriage, the singer had a daughter with another woman, implying in passing that he was 13 years younger than her.

Alma Cero reveals the dark past of his ex Edwin Luna

At the bottom of this video, the account of the Argentine journalist’s program wrote the following: “Karma for #EdwinLuna? #AlmaCero spoke about her relationship with the #LaTrakalosa vocalist and pointed out that she always gave everything for the relationship, she also said she cannot judge why he stopped loving her. Perhaps the singer is paying for what he did to the comedian, since his wife #KimberlyFlores is having some slips with the actor #RobertoRomano in #LaCasaDeLosFamosos ”.

In the short video, which does not say when it was recorded, it is possible to see Edwin Luna’s ex, the Mexican comedian and actress Alma Cero, speaking to the camera, while talking about the past of the singer Edwin Luna, where he confesses that the singer got another girl pregnant when she was still married to him, something that undoubtedly hurt him a lot.

“He got a girl pregnant when he was with me”: Alma Cero reveals the dark past of his ex Edwin Luna

Alma Cero opened her heart and revealed that her ex-partner, Edwin Luna, had gotten a girl pregnant when they were still married: “I can’t speak ill of Edwin, but I do have to say that indeed he was with a girl who got pregnant while being married to me. , is the first time that I say it ”.

Given this and with a broken voice, the Mexican comedian confessed that she could not judge the singer for having ‘fallen out of love’ with her, despite the fact that the actress said she loved him and loved him very much: Edwin because he ‘fell out of love’ with me and I can say that he was someone I loved with all my heart, and that I want him to do very well and that these are things that happen ”.

“I did everything for that relationship”; Alma Cero reveals the dark past of his ex Edwin Luna

The actress Alma Cero, Edwin Luna’s ex, confessed in this short video that she did everything to be with him, however she could not command her heart, in addition to that afterwards their relationship became very stormy: “They are things that happen , and I can’t really judge him for having ‘fallen out of love’ with me, but I did everything for that relationship and God knows it.

Given these statements, Alma Cero commented that she was never with Edwin Luna when he was still married to another woman, with the mother of his first-born son, at most he believed these years: “I want to clarify two things: the first is that I did not get to Edwin’s life when he was married to his son’s mother ”.

“He was with a dancer in Monterrey”; Alma Cero reveals the dark past of his ex Edwin Luna

After these words, Alma Cero revealed part of Edwin Luna’s dark secret, confessing that he separated from his first wife because he was unfaithful to him with a dancer in Monterrey: “He separated because he was with a dancer in Monterrey with whom he had his daughter Dasha, and he no longer had a relationship with one or the other when I came into his life.

Alma Cero reinforced these statements through an interview with Mara Patricia Castañeda, to whom the Mexican comedian declared that her relationship with Edwin Luna had been very stormy and toxic: “He had asked me to leave two and a half months after signing our marriage, I do not know exactly what the click was, but it was already very toxic as well as the relationship, “confessed Alma Cero at that time. VIDEO HERE

After rumors that they cheat on him, Edwin Luna ‘goes and gets into’ the House of the Famous (VIDEO)

Through some scenes from the reality show La Casa de los Famosos, Kimberly Flores, Edwin Luna’s wife and with whom he has several children, showed herself to be very affectionate with an actor who kissed her on the cheek and with whom she played very animatedly, for which was quickly criticized for his behavior.

Edwin Luna, is he going to go to La Casa de los Famosos to defend his love for Kimberly Flores?

Through his Instagram account, Edwin Luna published a video where he makes the description quite clear: “I went to go to La Casa de los Famosos lol”, accompanied by some emojis and an ‘I love you’ for Kimberly Flores, with whom clearly not annoyed by her behavior.

Kimberly Flores revealed something about her husband Edwin Luna

However, Edwin Luna will not leave his children to enter La Casa de los Famosos, since he only ‘made an appearance’ through his wife Kimberly Flores and a revealing conversation with one of his companions, to which he taught them a very special garment.

“We loaded these in Dubai, they sent us to make a lot of clothes like this, a designer who is our godmother to carry them on the road, that is, on the trip … look at this”, was what Kimberly Flores said and then showed a species of blanket with a very hugged photo of Edwin Luna.

At the moment when Kimberly Flores showed the ‘special’ blanket she had ordered, the word LOVE can be read in a photo where she hugs Edwin Luna and one of the companions tells her that she already thinks she recognizes her partner without knowing still his name, but he claims to ‘locate’ him.

“Look at this go … oh how beautiful … oh I know who he is … my husband … do you know who he is? Well, yes, I didn’t know the name, but I do locate it… ”, the conversation between Kimberly and two of the roommates is heard, who are excited when they meet Edwin Luna; Then he adds: “But I say, if I keep it, won’t they scold me? Because you can’t have photos… what do I do? Boss, can I keep it? Boss, can I keep this sheet? ”Asks the Guatemalan woman.

“Can I stay with my husband?”

And Kimberly Flores was insistent: “Boss, can I stay with my husband? Let me know, I’m going to leave it here while you think about it… ”, he ended by showing the camera his sheet .. but in the video uploaded by Edwin Luna, the people were not very friendly and the critics again appeared and mockingly commented: