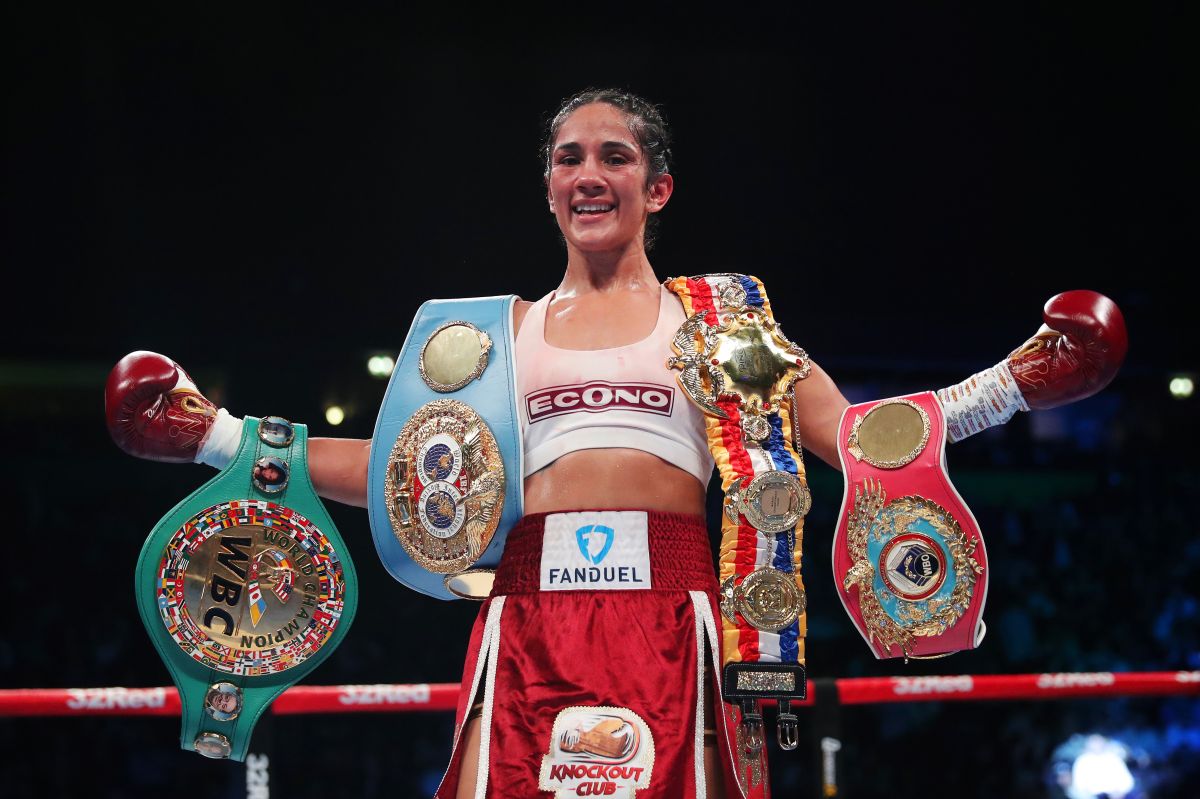 The Puerto Rican Amanda Serrano defeated this Saturday by unanimous decision the Danish Sarah Mahfoud, who had an undefeated record, and snatched the International Federation (IBF) crown, with which she has unified her dominance in the feather division.

Serrano has 43 wins, 30 by knockout, two losses, and one draw. Mahfoud, who will be 33 years old in five days, lost his undefeated career, which he held for eleven fights, three of which he won by knockout.

From the beginning of the fight, Serrano showed the power of her left hand on Mahfoud’s face, who tried to escape her attacks with mobility, but when she dodged the southpaw blow, the right hand of the Boricua entered her.

The Danish was brave in the second round. She stayed in the center of the ring and tried to exchange blows but was hurt with a cut on her forehead, on the right side, resulting from an accidental clash of heads.

In the next round, Serrano did the damage with her hook to the face and soft parts. The European wanted to put distance with the jab, but with little success.

Sarah’s merit in the middle of the fight was that she connected several left straight punches to the face of the Puerto Rican.

In the sixth and seventh rounds, Serrano took the fight, maintained her dominance with the uppercut to Mahfoud’s abdomen, and in the eighth round, she was no longer used to the fullest.

The Danish, injured right eye, released more punches in the ninth, but without the forcefulness to damage the Puerto Rican.