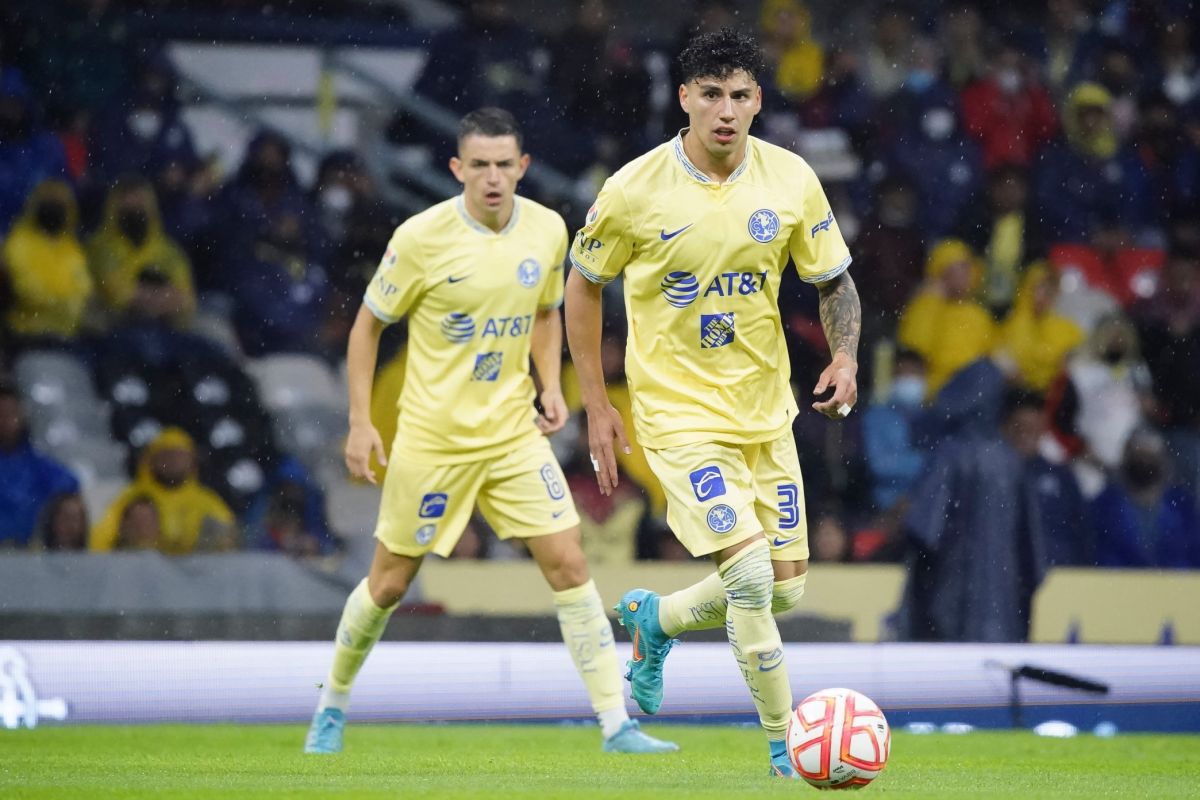 While the Liga MX Opening Tournament 2022 continues, the tenacious transfer market continues in Europe and one of the leagues that usually has the most interest in Mexican players is the Eredivisie of the Netherlands.

On this occasion, a young Mexican talent has attracted the attention of the Feyernood and Ajax Amsterdam clubs: the player from Club América, Jorge Sanchez. At 24 years old, the right back was finally consolidated in the Eagles and he was one of the most prominent figures in the last Closing Tournament to achieve the comeback in the ‘Tanoneta’.

His deployment, good coverage and speed at the start have not been overlooked in Europe and despite the fact that Liga MX has already started, they tempt him to take a step forward in his career, just as the prodigious striker Santiago Giménez did in recent days , who left Cruz Azul to put on the Feyernood shirt of the Dutch league.

But in America they are not so sure about this movement. At present, Sánchez, who is also in the orbit of the coach of the Mexican national team, Gerardo ‘Tata’ Martino, It is a very important piece in the approach of the Americanist coach Fernando ‘Tano’ Ortiz and his goal of adding another trophy to Coapa’s showcase.

The middle Monumental Eagles was able to confirm, from internal sources within the capital club, that America’s board could negotiate Sánchez’s passbut due to the circumstances only for a amount greater than $8 million.

The azulcremas do not want to let one of their best assets go that easily, considering the low level of play of the already veteran Miguel Layún, who despite having one of the highest salaries in the squad continues to warm up the bench of substitutes.

In this scenario, the best placed to stay with Jorge Sánchez is Ajax in Amsterdam, which the Netherlands media have already reported verbally (not formally) transmitted to the team led by sports president Santiago Baños their interest in staying with the right back .

On the other hand, the journalist Fabrizio Romano, recognized for advancing exclusives and information on the transfer market in Europe, announced that Ajax is very sure of being able to hire Sánchez for a maximum price of $5 million, which they consider a “real bargain”. .

We will have to wait for the outcome of this situation, the next few days will be crucial. Meanwhile, the man born in Torreón continues to train to the maximum in Coapa under the orders of Tano and with the maximum commitment to win the games that are on the horizon.