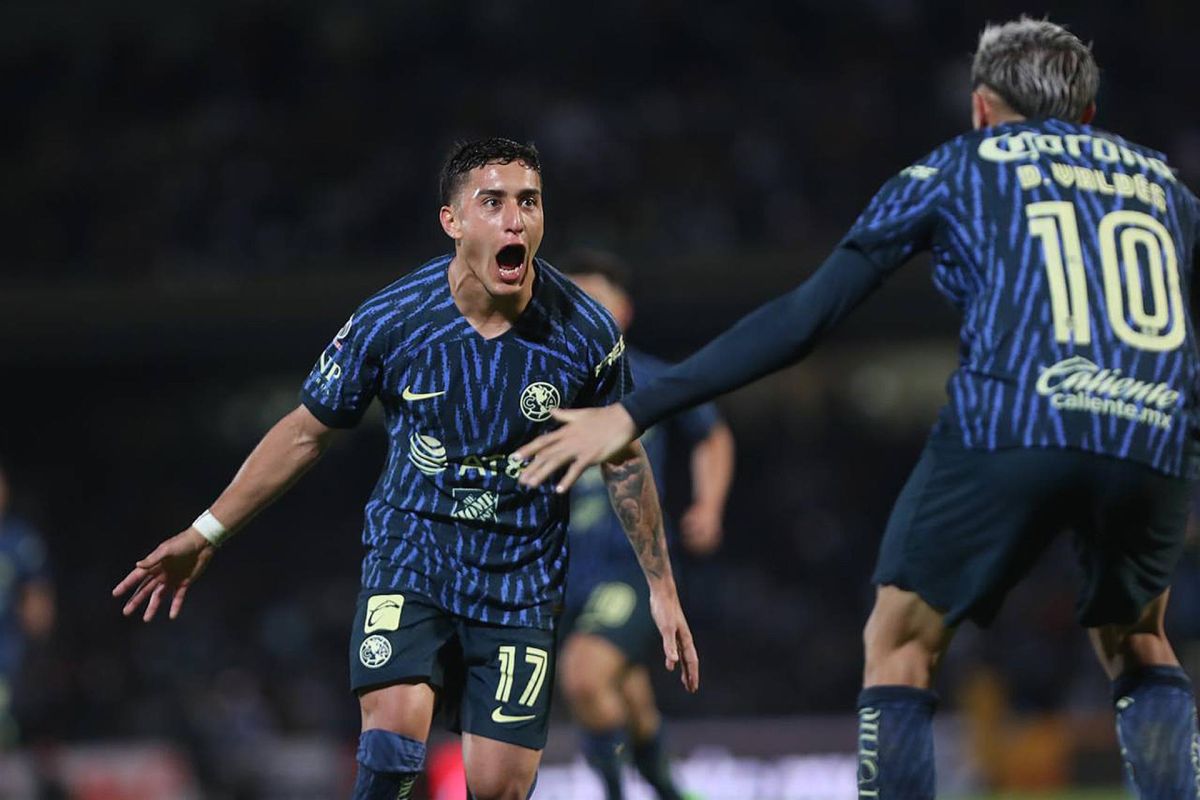 The Chilean Diego Valdés and the Uruguayan Jonathan Rodríguez converted this Saturday in the thrashing of América, 0-3 over Pumas UNAM, in one of the most anticipated duels of the eighth day of the 2012 Apertura of Mexican soccer.

Valdés, Rodríguez and Mexican Alejandro Zendejas scored for the Águilasbenefited by the bad defense of the Pumaswho suffered their second win in six days, after the 6-0 against Barcelona for the Joan Gamper trophy.

America dominated in the first half. In addition to having possession of the ball 58-42 and constantly loitering in the rival area, the Eagles imposed conditions on the wings against a disorderly opponent.

In the 38th minute the Brazilian Dani Alves, on a fateful night, gave away a ball, which the azulcremas took advantage of; Henry Martín shot on goal, the ball bounced and Valdés made it 0-1 with a touch to the network.

The Eagles made the rout of Pumas in the second half

The Pumas eased the offensive rain of the Eagles and in minute 54 they were close to equalizing with a shot from Argentine Eduardo Salvio, but it was America that widened the advantage, in the 57th with a left-footed goal from “Cabecita” Rodríguez from a pass from Martín.

Pumas remained disconnected, lost balls and in minute 78 received another blow, an elegant goal by Zendejas, left-footed from the edge of the area.

America climbed from sixteenth to ninth place with three winss, a draw, three losses and 10 units and Pumas fell to the twelfth seatwith eight points.

You may also like
. Hugo Sánchez attacks Pumas and assures that they will not receive another international invitation for the “ridiculous” they did
. Tano Ortiz despises Dani Alves’ titles and sees him as one more; America goes with everything against Pumas in the Clásico Capitalino
. Monterrey beats Necaxa in a tight match and assumes the lead in Mexico