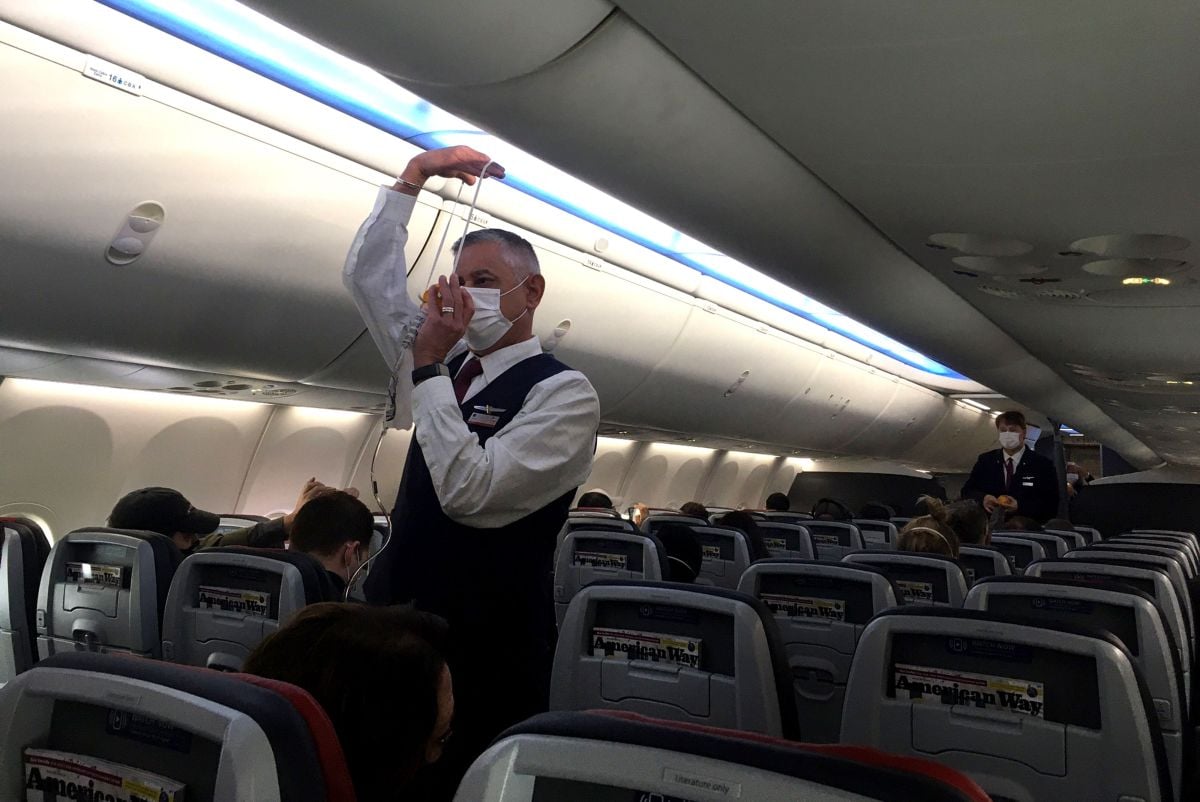 a flight of American Airlines from Miami had to turn around Wednesday night after a female passenger refused to wear a mask to prevent contagion with covidthe airline reported.

American Airlines Flight 38, bound for London with 129 passengers on board, had been in the air for about an hour and a half when it had to return to Miami.

The plane landed safely at Miami International Airport, where police met the flight, the airline said. Police said the passenger, who was not arrested, is a woman in her 40s, according to CBS station WFOR-TV.

“We thank our team for their professionalism and apologize to our customers for the inconvenience,” American said in a statement.

The airline reported that the decision to return the flight was made because they did not want to fly another 7 hours with disruptive and non-compliant passengers.

Passengers had to get off the plane after it returned to Miami, and some spoke to WFOR-TV.

One passenger said she was disappointed. “They didn’t really say anything, and I don’t think they said anything to the flight attendants either because they said all they could say was that there was an extreme incident with a passenger and they had to turn around,” he told the station.

The Federal Aviation Administration has reported a “disturbing increase” in the number of incidents involving unruly passengers. As of Tuesday, the agency said it has received 151 reports of unruly passengers so far this year and 92 of them were related to masks.

– Frustrated trip to the Bahamas: an American Airlines plane does not leave after 30 teenagers do not want to wear masks on the flight