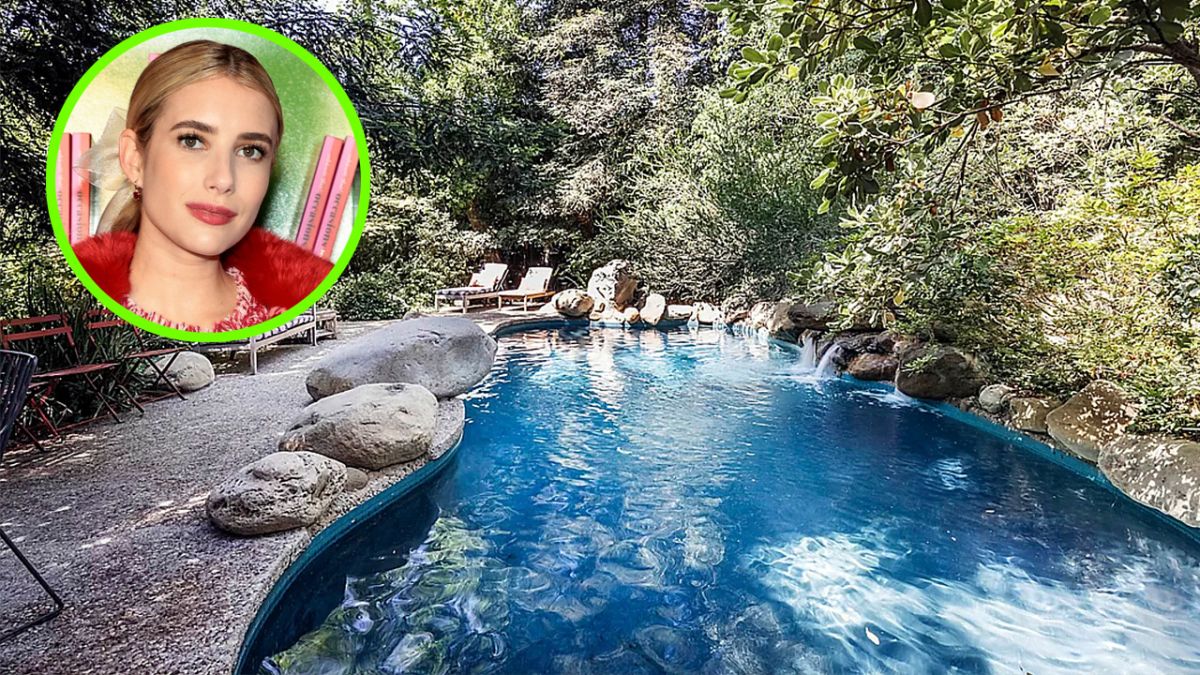 New York actress emma roberts31 years old and who is famous for having starred in the series ‘American Horror Story’rocked the real estate market Hollywood Hills, Californiawith the purchase of his new mansion.

The famous celebrity opened the wallet to shell out $3,625,000 dollars for her home, which until a while ago belonged to the British actress and singer Minnie Driver.

The sale was finalized on September 28, 2021, but it was only now that the identity of the new owner was made public.

According to the technical sheet, released by various media specialized in the sale of real estate, the residence, built in 1940, has an extension of 2,730 square feetwith three bedrooms and 3.5 bathrooms.

It is completed by a hall, a kitchen, a dining room, a living room, a main room, a family room, a laundry room, a garage for five vehicles, among other rooms.

The kitchen is semi-open and not so wide. It is equipped with white cabinets and stainless steel appliances.

Contrary to what happened with the kitchen, the main bedroom is quite spacious, having room for a large bed and a living room. It is completed by a large dressing room and a bathroom with a double vanity unit, a wc, a walk-in shower and a bathtub.

Outside, on its 0.48-acre lot, it has a terrace, green areas, a swimming pool with its respective spa area, a kiosk, and a bonfire, among other amenities.

Shortly before moving to her Hollywood Hills residence, Emma Roberts lived in a colonial-style property that she sold, in an off-market transaction, for $3,800,000 dollars. That sale came after his painful separation from the actor Garret Hedlund.

This is the millionaire mansions that Bruce Willis sold to pay for his expensive illness
This is the romantic house where Toni Costa and Evelyn Beltrán spilled honey in Puerto Rico
Will Smith: Inside his millionaire two-story mobile home with a movie theater
Ellen DeGeneres got rid of the deserted mansion she bought in Montecito in just two months