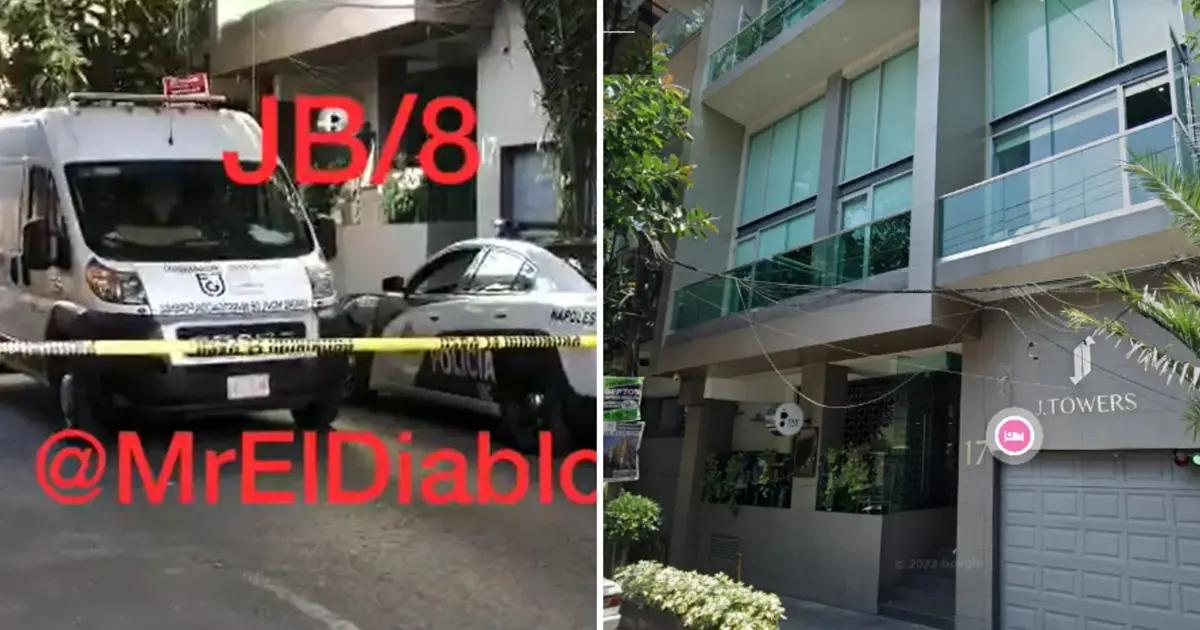 A woman identified as Anna “H” died on the morning of January 23rd after falling from a balcony in a building in the Nápoles neighborhood in the Benito Juárez district of Mexico City.

According to reports, the 30-year-old woman of U.S. nationality lost her life outside a home at 17 Texas Street.

It is presumed that neighbors in the area witnessed what happened, so they immediately notified the authorities.

Paramedics arrived at the scene. However, the woman no longer had vital signs when they arrived.

After confirming the death, elements of the Secretariat of Citizen Security (SSC) began to cordon off the scene to facilitate the work of the experts, who began with the corresponding procedure.

Meanwhile, elements of the Attorney General’s Office of Mexico City (FGJCDMX) carried out the investigations to determine if the cause of death was the result of an accident or if there is any other line of investigation. However, the authorities have not provided further details on the matter.

It should be noted that this is not the first time that a case like this has occurred in the Mexican capital. On September 10, 2022, passers-by walking along Campos Elíseos street in the Polanco neighborhood were surprised to find the inert body of a young man of about 26 years of age.

Preliminary information indicated that the man had presumably thrown himself from the roof of a 20-story building in the Miguel Hidalgo neighborhood.

However, at the time, the authorities did not confirm whether the deceased attempted his life, whether it was a premeditated act by another person, or, on the contrary, whether it was the result of an accident. Given the shocking scene, the authorities were notified, and elements of the Secretaría de Seguridad Ciudadana de la CDMX arrived at the site to verify what had happened.

Local media reported that a man had arrived at the scene. He allegedly identified himself as the victim’s brother and recognized the body of his relative.

At the same time, he commented that moments before the tragedy, his brother had communicated with his father without revealing the content of the conversation.

The death of Anna “H” was added to the list of similar cases in the Benito Juarez municipality, where similar cases have already been documented.

Such as that of the Colombian model Stephanie Magon, who was found without vital signs on the street in Colonia Napoles in August 2016.

The authorities determined that the woman, barely 24 years old, presented cranioencephalic traumatism, jaw fracture, and signs of torture. After what was reported, the then-Mexican Federal District Attorney’s Office began investigating whether the model accidentally fell from a balcony in the area.

Something similar happened with the Venezuelan model Saraí Soto Hernández, who died after falling from the eighth floor of a building in the Benito Juárez district in June 2020.

Subsequently, in October 2021, the death of a woman who fell from the third floor of a building, also in the same municipality, was reported.