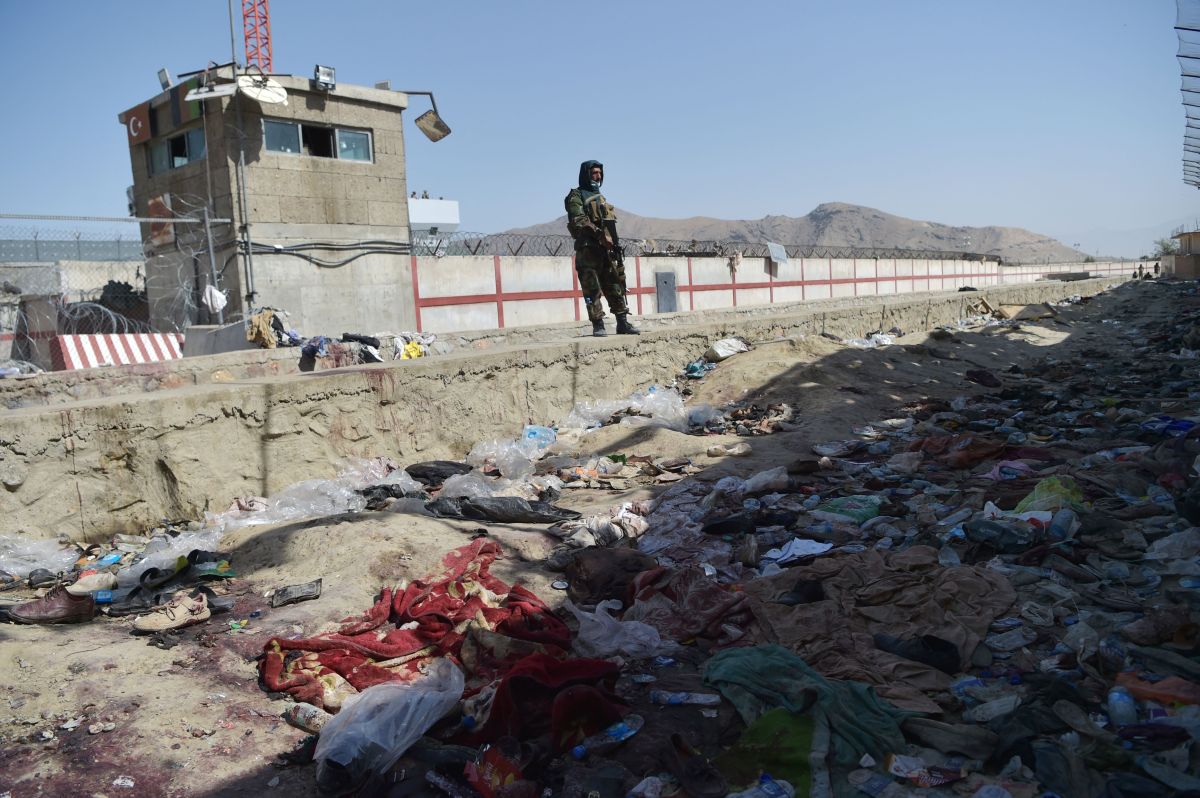 US authorities in Afghanistan again warned Americans on Sunday to leave the Kabul airport area immediately., due to a security threat, just hours after President Joe Biden said another terrorist attack was “very likely” in the coming days, according to The New York Times.

Early Sunday morning in Afghanistan, the US Embassy in Kabul warned Americans of a “specific and credible threat.”

#Afghanistan: Due to a specific, credible threat, US citizens near Kabul airport, including South gate, new Ministry of the Interior, and gate near Panjshir Petrol station, should leave the area immediately. Avoid traveling to the airport at this time. https://t.co/wU0jfVIdfZ pic.twitter.com/ghd9w7Cme2

The State Department estimates that some 350 Americans are still waiting to be evacuated from Afghanistan.

Another 280 people who “identified themselves” as Americans do not intend to leave or “have not informed us of their plans,” the State Department said in a statement. The United States has repeatedly warned Americans to stay away from the airport due to the threat of attack.

On Saturday, President Biden promised that Friday’s US retaliatory attack for Thursday’s suicide bombing would not be the last.

These warnings are yet another sign of America’s chaotic and dangerous situation as it tries to get the last remaining Americans and Afghans out of the airport in a Taliban-controlled country before Tuesday’s deadline.

In a statement released Saturday, Biden said another attack was “very likely” in the next 24 to 36 hours. He added that he had ordered the US military to “protect our men and women on the ground.” He also said that the US retaliatory attack on Friday, which killed two ISIS militants in Afghanistan, “was not the last.”

The Pentagon addressed the drone strike on Friday

“I can confirm, as more information has come in, that two high-profile ISIS targets were killed and one was injured. And we know of zero civilian casualties ”, said Major General Hank Taylor, deputy director of the Joint Chiefs of Staff for Regional Operations, at a press conference. “Without specifying any future plans, I will say that we will continue to have the ability to defend ourselves and leverage the ability on the horizon to conduct counterterrorism operations as needed.”

“Our commanders informed me that an attack is highly likely in the next 24 to 36 hours,” Taylor said in the statement. “I ordered them to take all possible measures to prioritize the protection of the force and made sure they had all the authorities, resources and plans to protect our men and women on the ground.”

With three days to go before the August 31 deadline to withdraw US troops, the mission is shifting from airlifting people from Afghanistan to bringing US military personnel home.