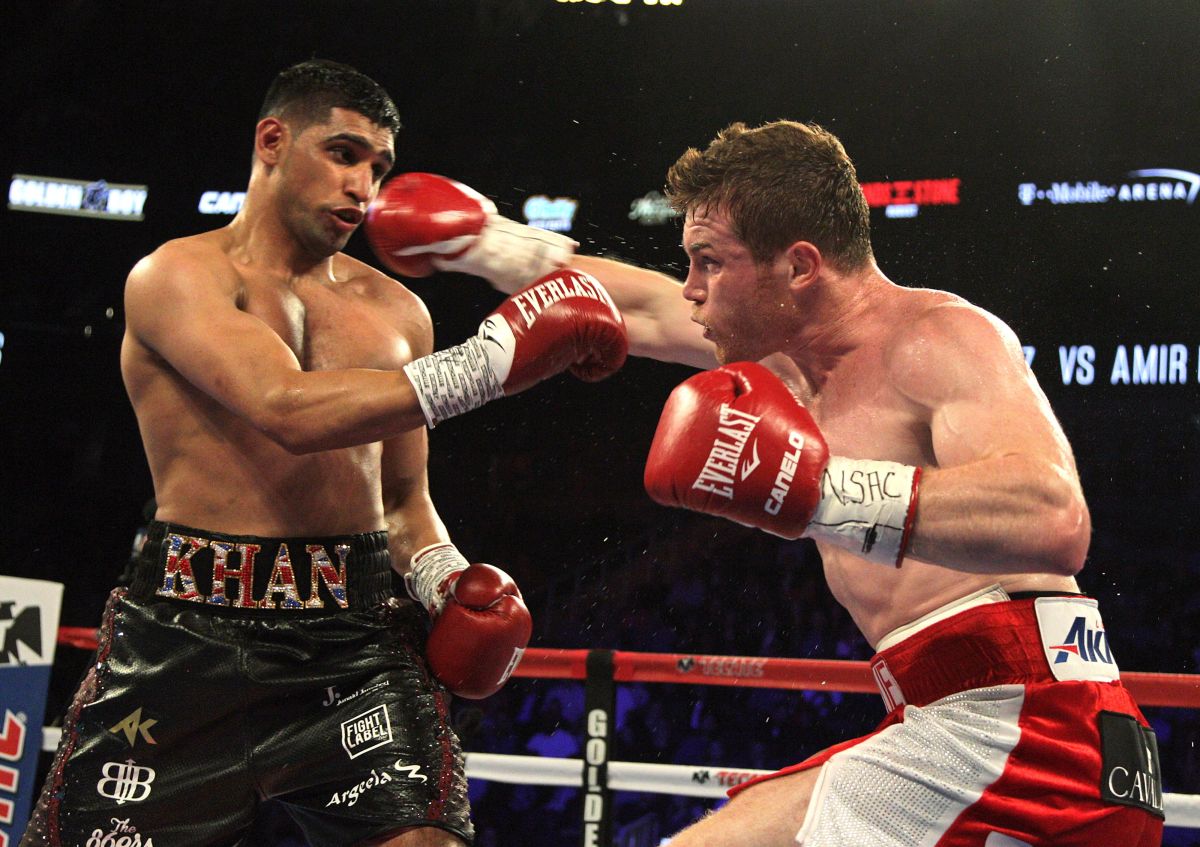 On May 7, 2016, just over six years ago, Saúl ‘Canelo’ Álvarez faced the British Amir Khan in Las Vegas in a fight that ended in victory for the Mexican thus successfully defending his then World Boxing Council (WBC) middleweight belt.

As part of his retirement from boxing, in conversation with The DAZN Boxing ShowKhan remembers that lawsuit and points out that Canelo had a supposed clear advantage because he did not accept the rehydration clause.

Precisely Canelo knocked him out when he was running the sixth round, before the applause and cheering of T-Mobile that night.

But ‘King Khan’, although he did not protest the issue of rehydration, raised doubts as to whether the fight had a fair result, considering that the Mexican presumably outnumbered him by far in pounds.

Only that line was dedicated to the Mexican. Later he celebrated the great fights he gave during his more than 25-year career: “I am so happy to have been able to share the ring with all the best fighters, pound for pound”.

Amir Khan also told how the clash against Saúl Álvarez was planned. It turns out that from Golden Boy Promotions they called him for the duel when he was looking to have a fight against Floyd Mayweather.

“I was never afraid of any fight, even when they put me against Canelo, I remember Golden Boy calling me, I was trying to get the fight against Floyd, and they said ‘Hey, what do you think of Canelo?'”, narrated the retired boxer .

The last fight of the Briton was on February 19 at Manchester Arena against his compatriot Kell Brook, which ended in defeat by technical knockout.

His career concluded with a record of 34 wins (21 by KO) and six losses. Around his waist came the IBF light welterweight belt.