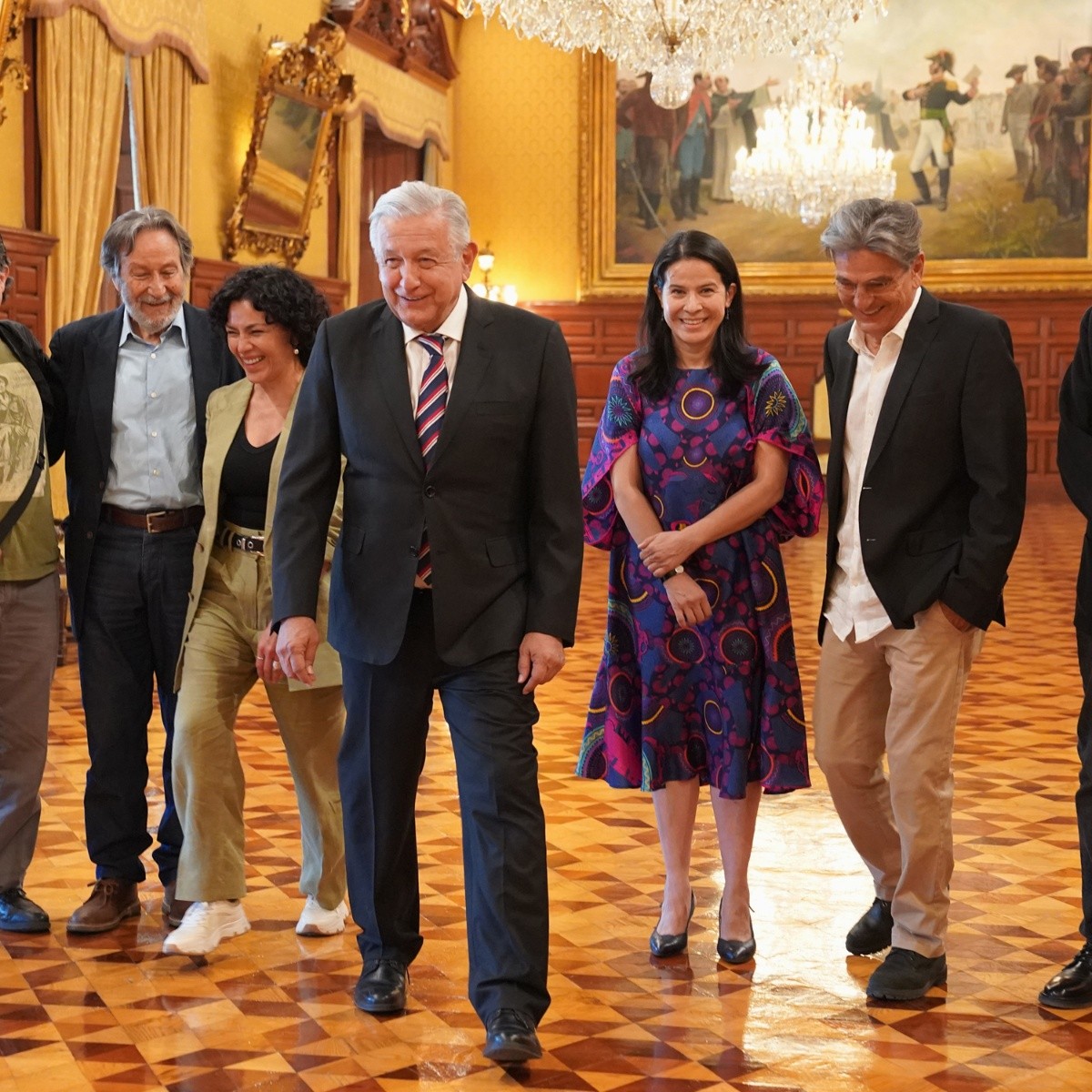 Mexico.- This Tuesday afternoon the president Andres Manuel Lopez Obrador met with a group of actors and directors in the National Palace, who, he announced, plan to take the most remote communities of the Mexican Republic to the movies.

Through your official account Twitterthe current head of the Federal Executive Power emphasized that he agreed with the artists to work together to be able to bring to the cinema the most marginalized communities of the national territory.

Some of the actors who gathered on the afternoon of this day with President López Obrador at the National Palace were the actress Arcelia Ramírez and the actor Jorge Zárate.

It seeks to rebuild the social fabric: Arcelia Ramírez

Interviewed by Ana Francisca Vega for a radio news program, the actress Arcelia Ramírez argued that taking the cinema of Mexico and Latin America to the most remote places in the nation is an initiative of the producer George Fonswhose objective is to rebuild the social fabric through the culture of the seventh art.

“It is an initiative that Jorge Fons has, it is an idea to try to rebuild the social fabric through culture, through cinema. There are many areas and places in the Republic, on the outskirts of the city where the material does not arrive, there are many people who were left out and we want to bring Mexican and Latin American cinema to all these regions, we want to reach everywhere, “he explained. .

After holding a meeting with President Andrés Manuel López Obrador, Ramírez assured that the Mexican head of state “connected with the idea”, while agreeing to support the project.

The artist emphasized that culture is a right of all citizens, affirming that they have the responsibility to bring it to the entire Mexican public, pointing out that the country requires the “diversity and plurality of content”.

“Culture and art is a tool to understand who we are, to remember our condition as people, we need diversity and plurality in content. Culture is a right and we have a responsibility to bring cinema to the public. That is what the project is about, the President connected with the idea, it made sense and we are going to work together”, he remarked.