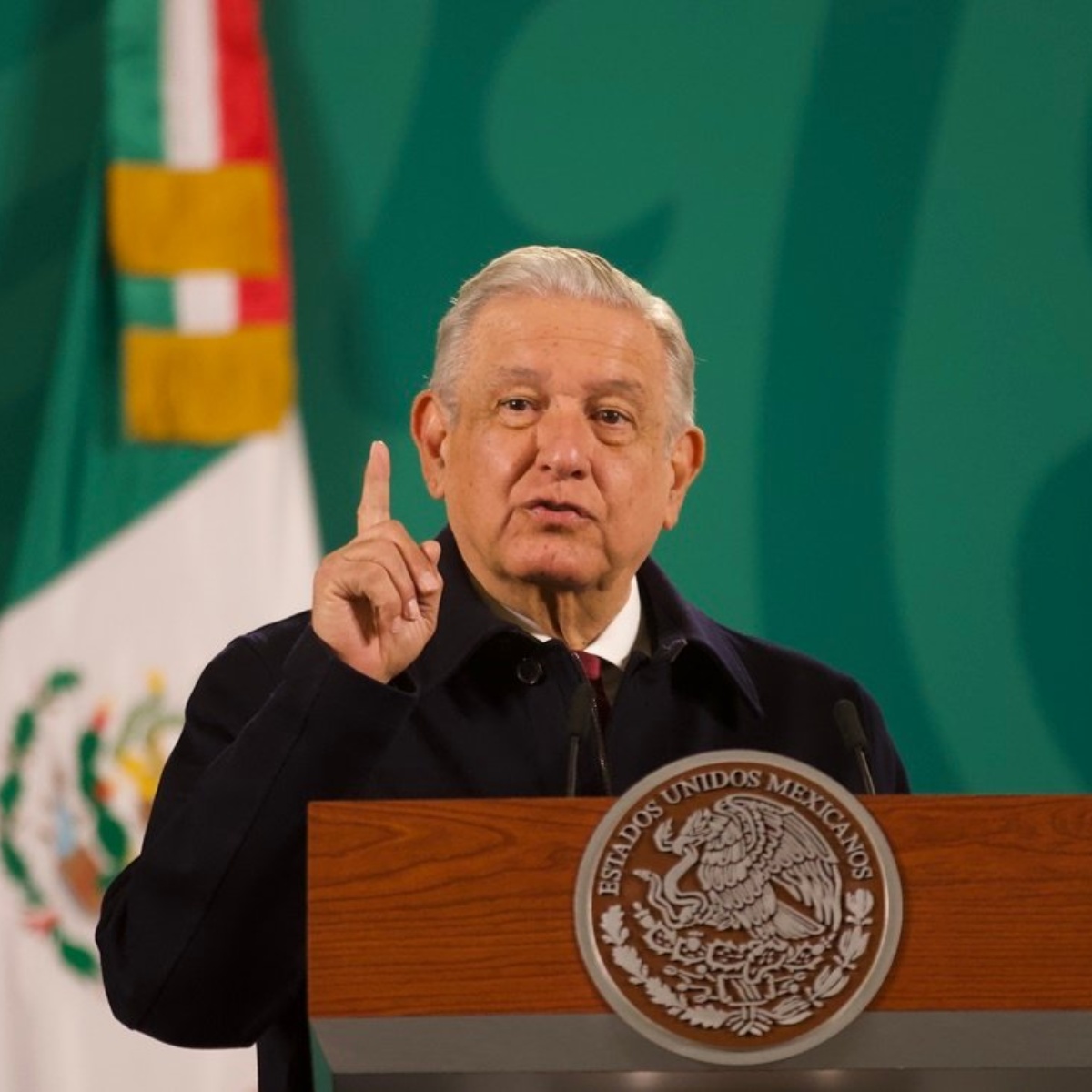 The President Andrés Manuel López Obrador (AMLO) of this Thursday January 20 in its morning conference from Mexico City (CDMX)assured that the INE has been growing; “They are not aware of austerity.”

This was stated after the National Electoral Institute (INE) reject the austerity plan proposed by the government to carry out the Mandate Revocation Consultationthe President pointed out that the directors are not aware of the issue because they have only sought to increase their salaries.

Likewise, the president of Mexico, Andrés Manuel López Obrador, said that: “In the Constitution, only those with specific functions can earn more than the President, it is the case of the diplomatic corps and other cases, but in the case of the INE they are abuses, excesses , waste because they have no conscience, it is a matter of principle”.

Lista, the security agenda for the upcoming elections

The head of the SSPC affirmed that in the meeting she held with the president of the INE, Lorenzo Córdova, the security agenda was agreed for the six states where there will be elections this year, as well as in the municipalities where there will be extraordinary processes. She commented that this meeting served to organize in which places the National Guard will be deployed and in which the local security forces, as well as the possible accompaniment of candidates.

“It was a brief meeting, an agenda was made for the 2022 elections so that there are elections in complete peace and tranquility, as desired by the participants of the table, the Secretary of the Interior, who heads the work and relationship with the INE, the Secretary of Security that participates in the table by instruction of the President. It is about reaching agreements in which any type of election that is carried out and in the future always has the support of security, ”he said.

The Undersecretary of Security, Ricardo Mejía, announced that the proceedings for huachicol and organized crime are still pending in the case of José Antonio Yépez, El Marro, and so far a sentence for aggravated kidnapping has been handed down.

“El Marro’s sentence for aggravated kidnapping is one of the ongoing processes. Remember that with the support of special forces, El Marro was apprehended, a woman victim of kidnapping was released, a sentence for kidnapping was achieved, huachicol and organized crime are still pending, ”he commented.

Femicide has dropped 7% so far in the administration: SSPC

According to Rodríguez Velázquez, femicide in Mexico has dropped by seven percent during December, if the figures are compared with those of the same month in 2020. Likewise, the figures also fell by seven percent in general so far this month. the current administration, along with other crimes that directly affect women.

“Femicide fell seven percent in December compared to the same month of the previous year and has dropped seven percent so far in this administration. Family violence with constant reduction in the last months of 2021, the decrease was 17.3 percent where we will continue to work, ”he declared.

As we have mentioned in other informative notes from AmericanPost.Newsthe Secretary of Security and Citizen Protection, Rosa Icela Rodríguez, highlighted that in the three years of the government a reduction of 32.3 percent in the criminal incidence has been achieved.

One of the crimes that has decreased is intentional homicide, which has been concentrated in six states, which, in turn, represent 50 percent of the cases: Guanajuato, Lower California, Michoacan, Mexico state, chihuahua Y Jalisco.

“In 2018, more than 9,000 federal crimes were committed and in December 2021 there were 6,000 crimes, that is, 32.3 percent less. They have all come down. Intentional homicide, downward trend, registered a decrease of four percent compared to the beginning of the administration, ”he commented.

The head of the Secretary of National Defense (Sedena), Luis Cresencio Sandoval, reported that in December 2021, 659 clandestine fuel intakes were detected, and the theft of fuel was concentrated in seven entities: State of Mexico, Guanajuato, Hidalgo, Michoacan, Puebla, Baja California and Tamaulipas.