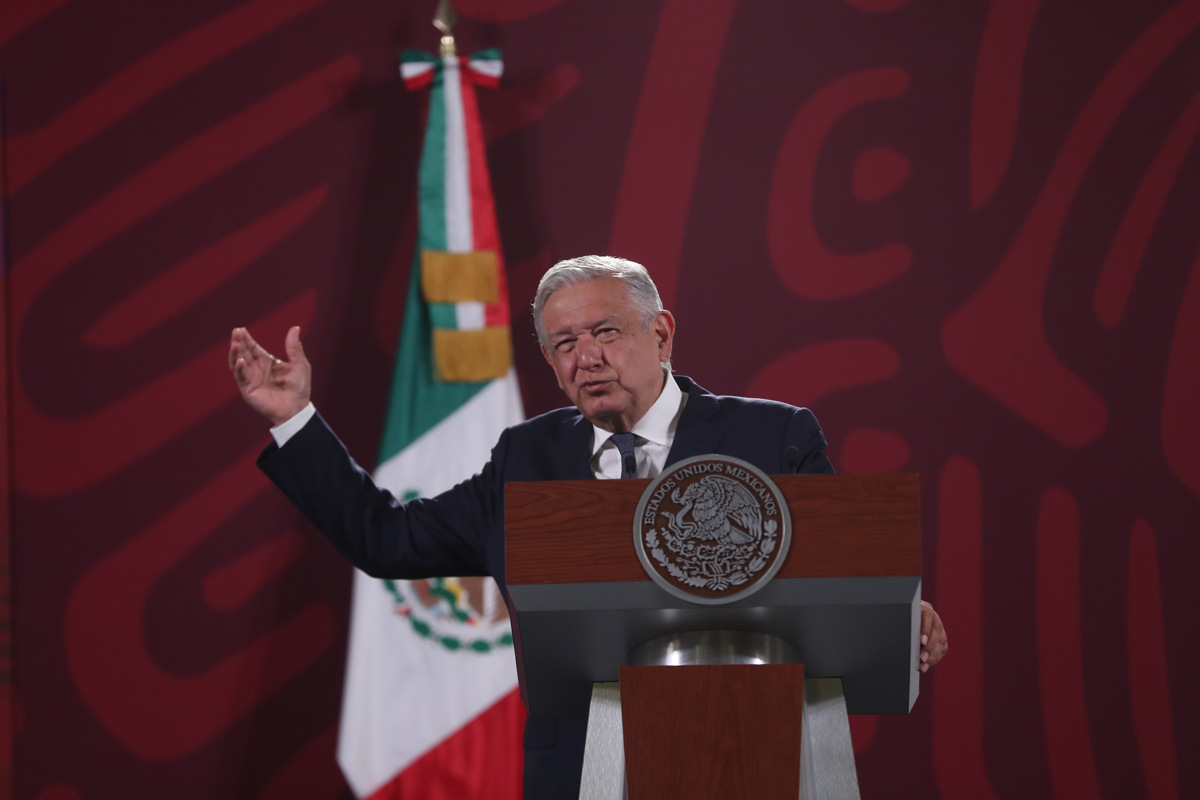 The President of Mexico, Andrés Manuel López Obrador, affirmed that the person responsible for the murder of two Jesuit priests on Monday has already been identifiedin the municipality of Urique, in the northern state of Chihuahua, although he pointed out that the most important thing now is to find the bodies.

“Now what matters most to us is finding the bodies, progress has already been made in the investigation; and arrest those responsible,” said the president during his morning press conference from the National Palace.

Monday afternoon, the priests Javier Campos Morales, 79 years old, and Joaquín César Mora Salazar, 80 years old, tried to help and provide protection to a man who entered the church fleeing from armed people, for which they were killed.

After the attack, the bodies were removed from the Francisco Xavier parish in Cerocahui, in Chihuahua, which has outraged the society that has demanded the return of the bodies.

For this reason, López Obrador said that what matters most now “is finding the bodies” of the priests as well as arresting those responsible.

The president pointed out that the investigation of the case is being carried out “there are already elements of the Ministry of National Defense (Sedena) that acted immediately; there is a search, the person responsible, the murderer, has already been identified and we are going to continue with the investigations”, he indicated.

He also recognized that the area of ​​the Sierra de Chihuahua has been “for a long time very infiltrated, penetrated, dominated by delinquency.”

He recalled that crimes have been committed in that area, such as what happened in 2008 when an armed commando arrived in the town of Creel and shot at a group of people who were gathered together in a small room, leaving 13 dead.

He also said that the person presumed responsible for the murders of the Jesuit priests was identified by one of the parish priests who survived the attack and pointed out that he even has an arrest warrant for the murder of an American tourist.

He also specified that there are at least between four and six missing persons related to these events, including the two priests and the civilian who were murdered in the church.

The president reiterated his condolences to the Society of Jesus, to the Jesuits of Mexico and the world for the “unfortunate events”, and recalled that both priests had been working for many years in that marginalized and poor area of ​​the country.

The murders of religious have been condemned by civil organizations and the Jesuit community in Mexico, which highlighted that at least seven priests have been killed during the López Obrador administration.

According to the National Institute of Statistics and Geography (Inegi), the perception of insecurity of Mexicans increased from 65.8%, in December 2021, to 66.2% last March.

It may interest you:
– AMLO will speak with Joe Biden about the “mystical” in search of the “well-being of the soul” during a visit to Washington
– AMLO will ask Joe Biden to address the case of Julian Assange, founder of WikiLeaks
– VIDEO: AMLO celebrates with Colombian cumbia the triumph of Gustavo Petro and the advance of progressive governments