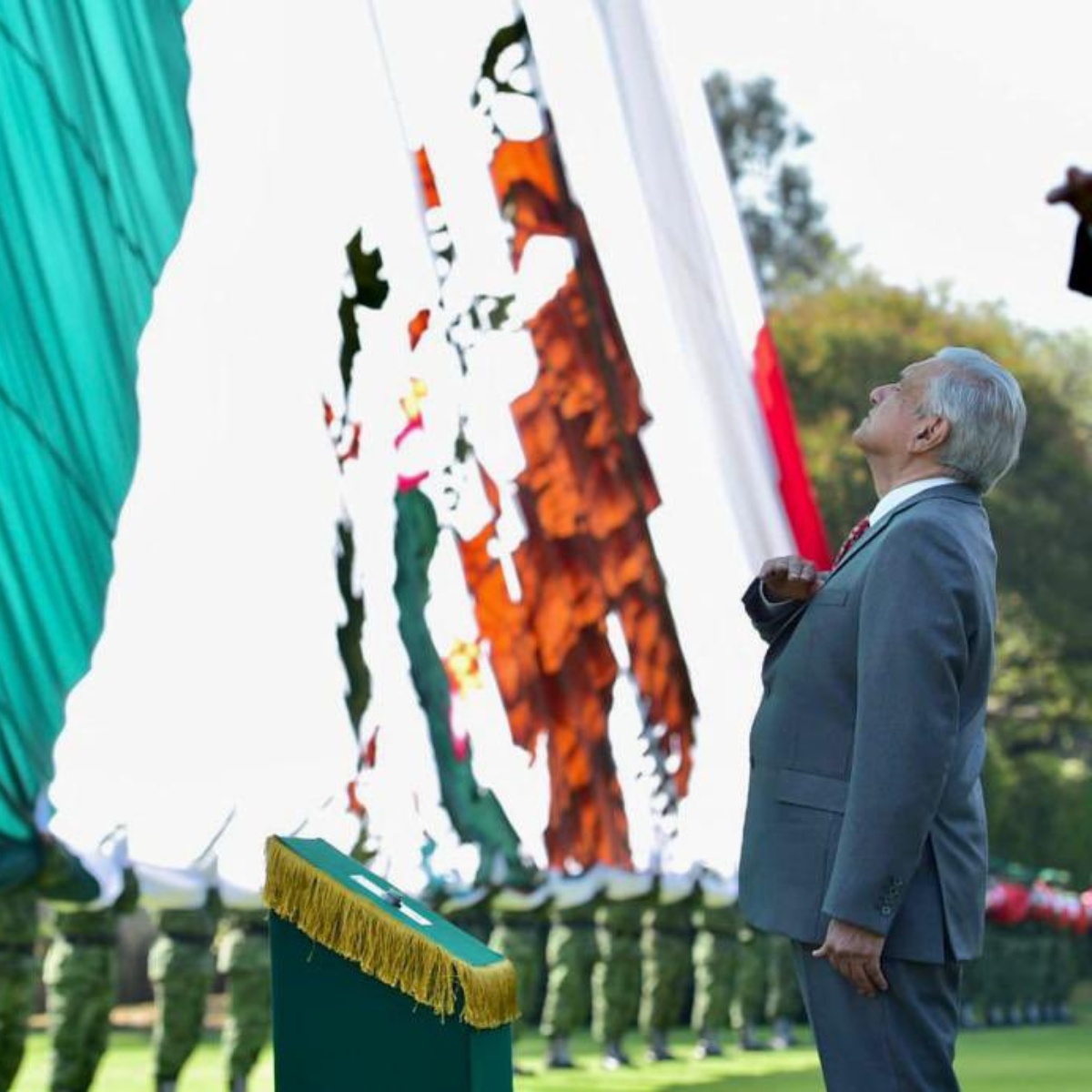 President Andres Manuel Lopez Obrador led the ceremony for Flag Daywhich was held this Thursday at Campo Marte in the presence of part of his cabinet, the presidents of the boards of the Congress of the Union, military authorities and a commemorative parade.

In addition, the chief executive was accompanied by Arturo Zaldívar Lelo de Larrea, president of the Supreme Court of Justice of the Nation (SCJN), who in his speech stressed that the National Flag recalls the sacrifice of men and women who fought for a country different in which there is freedom without social justice.

1,290 military personnel, 50 armored vehicles, two helicopters and a monumental war band participated in the Flag Day ceremony. The president championed 85 escorts, of which 16 belong to the Army, eight to the Air Force, eight to the National Guard, eight to the Navy and 40 to schools of the Ministry of Public Education.

In his capacity as supreme commander of the Armed Forces, AMLO championed the military groups present, among which was the newly created Foreign Security Military Police Battalion of the Felipe Ángeles International Airport.

“Citizens, generals, admirals, commissioners, chiefs, captains, inspectors, officers, cadets, troop personnel, sailors and basic scale, directors and young students: I come on behalf of Mexico to commend to your patriotism this flag that symbolizes your independence, its honor, its institutions and the integrity of its territory,” the president said.

Contrary to his custom, on this occasion there were no speeches by the president or the Secretary of Defense, Luis Crescencio Sandoval.

The National flagone of the national symbols together with the coat of arms and the national anthem, are a reminder of the Independence movement carried out by Agustín de Iturbide on February 24, 1821. On that date, the Plan de Iguala was signed, in which rights were offered and the demands of the different political groups of the time were guaranteed.

Flag Day was established in 1934, but it was not officially recognized until 1940 by decree of the then president, Lázaro Cárdenas del Río. In 1968, President Gustavo Díaz Ordaz ordered no further modifications to the flag.