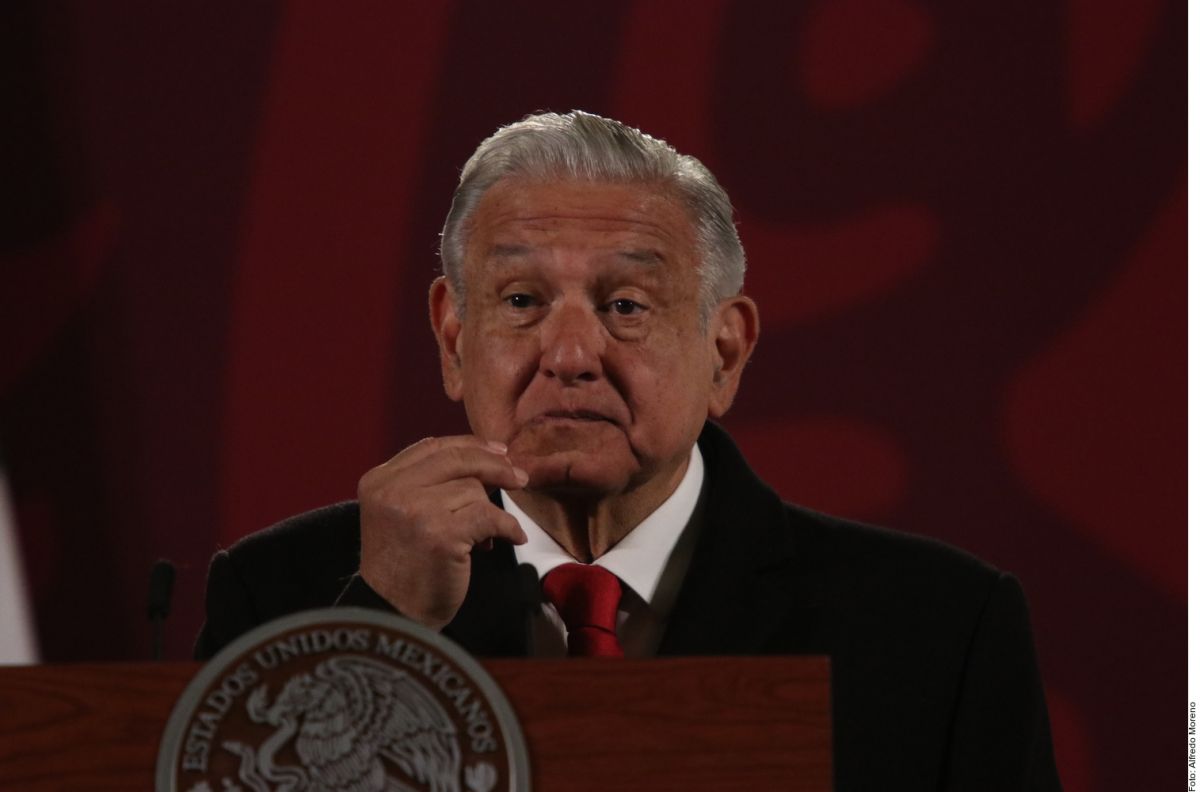 Through a letter, the president of Mexico, Andrés Manuel López Obrador, requested the National Institute of Transparency and Access to Information (INAI), to release information on the income and companies that are financing the journalist Carlos Loret de Molawho a few weeks ago released an investigation where the son of the Mexican president is allegedly involved in a conflict of interest.

“As a citizen and president of the republic, I ask you to carry out an investigation to make public the perceptions, the assets and the origin of the wealth that Mr. Carlos Loret de Mola, partners and relatives possess, ”said López Obrador when reading the letter he sent to Inai.

From the National Palace, the Mexican president said that the INAI must investigate the “documentation that anonymous people sent to the office of citizen attention of the Presidency” which show that Carlos Loret de Mola supposedly earns 35 million pesos a year (about 1.7 million dollars).

“I also ask that if you do not have the competence to deal with this matter, inform me if I can, as a citizen, exercising my right to freedom of information and expression, disclose invoices and receipts on the income of Mr. Loret de Mola”, noted in his letter.

López Obrador exhibited this alleged income for the first time on Friday after the controversy generated because the Latinus outlet, by Loret de Mola, revealed that one of the president’s sons, José Ramón López Beltrán, lived in a house in Houston, Texas (USA), owned by a contractor for Petróleos Mexicanos (Pemex).

“It is not ethical or honest to use private funds obtained through acts of corruption to sabotage a government program aimed at freeing the entire population from misery and fear,” he argued in his text.

Although the function of the INAI is to require public agencies and public servants to make transparent the use of treasury resources and data of interest, the president argued that Loret de Mola has dedicated himself to “slandering him” to “affect his moral authority” and by Government.

In addition, he justified that behind the communicator there are interests that have benefited “from the neoliberal period.”

“The beneficiaries of this pillaging policy are upset with our behavior and they have launched a campaign or dirty war using characters like Mr. Loret de Mola to discredit and politically attack our movement,” he said.

The president has denied that there is a conflict of interest of his son, but has not denied the data of the journalistic investigation, which in January revealed that he lived in 2019 in the house of a Baker Hughes executive, who that same year extended a contract with Pemex.

From the National Palace, Andrés Manuel López Obrador announced that there are more cases of communicators who even earn ten times more than what Carlos Loret de Mola allegedly earns.

“Just like this case there are others, that although it seems incredible, there are those who earn ten times more than the 35 (million pesos) a year, you are professional voyeurs, do not leave it to me if you are not going to sanction me. Don’t you think it’s good? How do those who don’t make their assets transparent become judges?

With his voice cracking, the Tabasco president also revealed that when he was an opponent of the governments, before becoming president, he and his children were victims of political persecution.

“Of my children, I have the advantage, if it can be said that way, that we have been spied on for many years, since they were little, well when we began to be the opposition in Tabasco, We had a hard time getting schools to enroll them, you can imagine what we’ve been through, we’ve had surveillance cars at our house… They already know what this is, I am very proud that they resist, they have behaved well although they know that one thing is the family and another thing is the public service, they know it perfectly, while I have been a leader they have not held a position because that’s the sane thing we have,” he said.