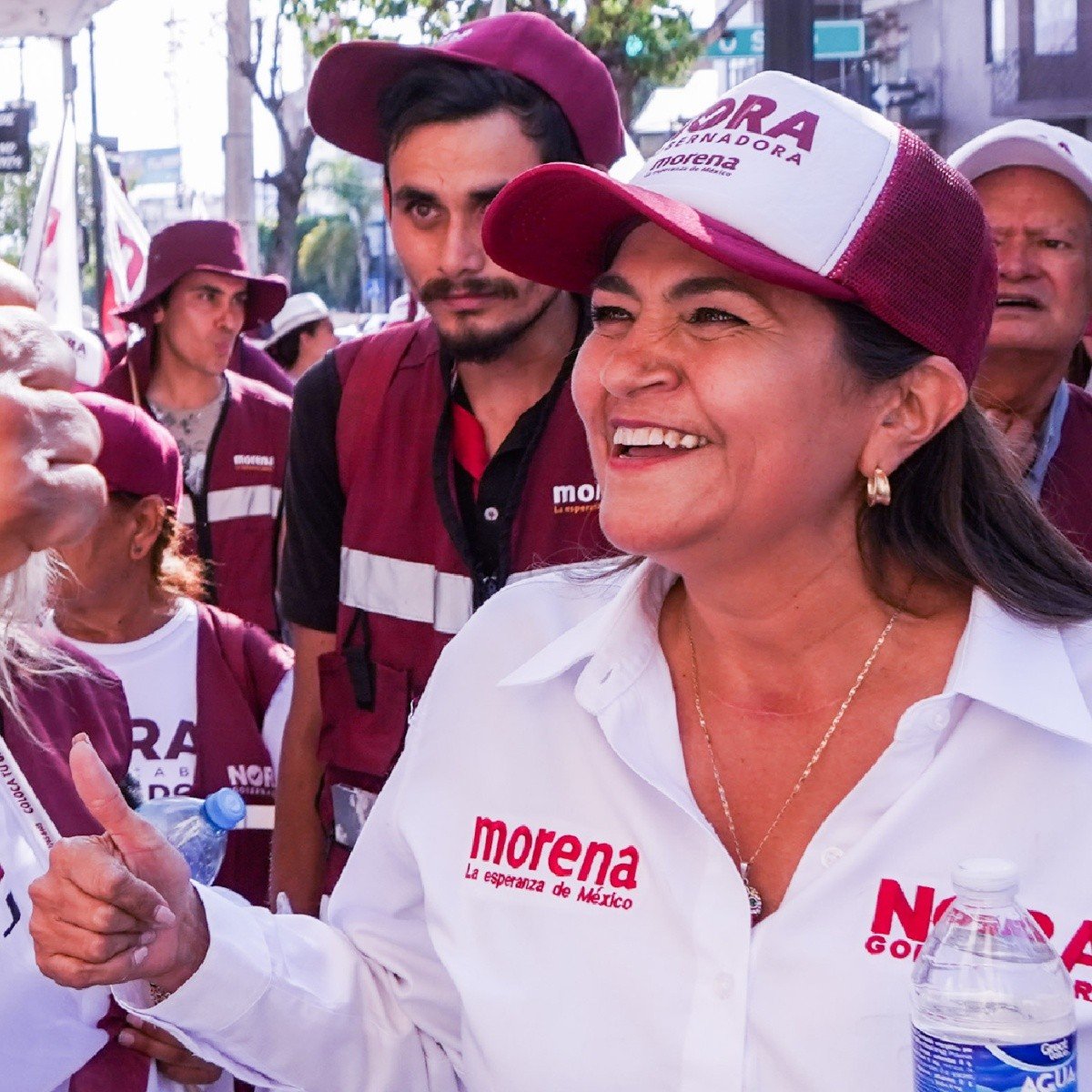 Aguascalientes, Ags.- “The third is the vecida” he told DEBATE Nora Ruvalcabathe woman that for the third time he seeks the governorship of Aguascalientes. Now, he says, it will be the good one, since it competes hand in hand with MORENA, a political party founded by the current president of Mexico, Andres Manuel Lopez Obrador (AMLO), with whom he highlighted, shares a long history of struggle.

The candidate, who has been teaching for 24 years, spoke with DEBATE about the needs that this 2022 has seen in Aguascalientes and how she would solve them, of course, by applying the austerity policy that the self-proclaimed government of the Fourth Transformation (4T) has promoted.

Likewise, the brunette allowed herself to presume that if she were the winner in the next june 5 elections is “going to benefit Aguascalientes”, since the deal that will be held with the federal president will allow the creation of new works and social programs in the entity, a benefit that, he said, his opponents will hardly achieve: Tere Jiménez, of “Va por Aguascalientes”, an alliance of the PAN, PRI and PRD; Anayeli Muñoz (Citizen Movement), Martha Márquez, Alianza PVEM-PT and Nat Rodríguez, from Fuerza por México.

Nora, tell us, since when do you dream of being governor of Aguascalientes?

This is the third time that I am running as a candidate for the governorship of Morena (2010, 2016 and 2022)… The third time’s the charm and he who perseveres achieves. 24 years ago I began to participate as a candidate for federal deputy. At that time (1997) the president of the PRD is who is now the president of the Republic. Since that date we have embraced the alternative nation project, since that date we have been fighting for honest, austere governments that are not corrupt and that meet the expectations of the people. Now I am in this third opportunity… so that transformation can flourish here.

What qualities do you think make you the best candidate for governor of Aguascalientes?

There are two options, two paths: continue down the path of corruption, which is what characterizes our adversary, or end up laying the foundations for an honest government, that is the main quality. In addition to being an honest person, I am a persevering person, who fights for his ideals, I am a teacher of social sciences… I have a law degree, I have a deep vocation with respect for legality, for the rules of the gameand it is clear to me that if the State was instituted it was to guarantee and safeguard the well-being of the people… That is the dream we have, that whoever comes to govern, to represent us, fulfills the purpose for which the State was created.


In Aguascalientes we will provide solutions with sustenance, not with occurrences: Nora Ruvalcaba

What hurts Aguascalientes? What are the main needs that you think people have?

Many things hurt, but five things hurt more than anything: The insecuritythe lack of opportunities, especially in economic matters; not having access to waternot having health service coverage or free medical care, not having opportunities and falling into various poverty rates… But there are four problems that Aguascalientes has in a special, fundamental way, we exceed the national average: single mothers and the majority are adolescents, suicides, childhood diabetes and in which people start using drugs at a very young age.

What would be the first change you would make in Aguascalientes if you won the governorship?

take protest! (laughs). And when we arrive at the swearing-in ceremony, we will surely arrive with an intention of a plan… we will arrive in October and we will be able to work on that expenditure budget… Let’s start working first on an austerity plan because we want to redirect resources, nobody here, no top level official will earn more than the president of the Republic… we want to demonstrate to the citizenry that if we do not steal and that if we are congruent, it is possible that we can address the social problems that exist.

What do you think of this phrase “among women we can tear each other apart, but we will never hurt each other”?

Since I came to the first candidacy… you begin to learn that indeed there is a very different competition between men and women. It is defined that among men they can help each other and it is believed that among women we throw each other down… During all these years of struggle we have promoted parity with different political parties… Today, fortunately, we have reached parity.

Do you think Aguascalientes is a macho state? If your answer is yes, what will you do to change it?

Do not! I think that machismo is a problem of education. This is the first time that I have not heard, neither from the males, nor from many people, say that Aguascalientes is not prepared to be governed by a woman, they will have no choice, we are five, but I did hear it in 2010 and in 2016.

What actions will be taken to combat poverty and backwardness?

Two things: it is already proven that if we don’t steal and we implement the austerity plan, resources can be allocated so that we can continue helping people who have not had the same opportunities.

Among your work plans is rescuing the traditional sources of employment in Aguascalientes?

There are still (wine) producers… so we have to support that tradition, that culture, because it has to do with tourism, the economy and culture… and if there are more people who want to invest, we have to support it. Likewise, fraying… it is something that has already been abandoned in primary schools… today it has disappeared, in schools this type of craft is no longer done. Another tradition must also be rescued: we need to implement the north-south corridor, and there we already have the infrastructure, there are already the railroad tracks… first for tourism and then for service.

If Aguascalientes governs, how will the relationship be with the president of Mexico?

It will be a wonderful relationship that will benefit Aguascalientes… I have known him for 24 years. We have been through all these processes of struggle. We are joined by many struggles but also many dreams.

The relationship with the president is going to be a relationship as it has been until now: cordial, trusting, camaraderie… I know it will help us to change Aguascalientes’ face.

Any message you want to send to the inhabitants of Aguascalientes?

what people want is a change true change… I want to tell you that, truly, the future of Aguascalientes and the possibility of changing the face of Aguascalientes lies with you, you are the ones in charge, therefore I invite you to dare to go to the polls and Give change a chance.