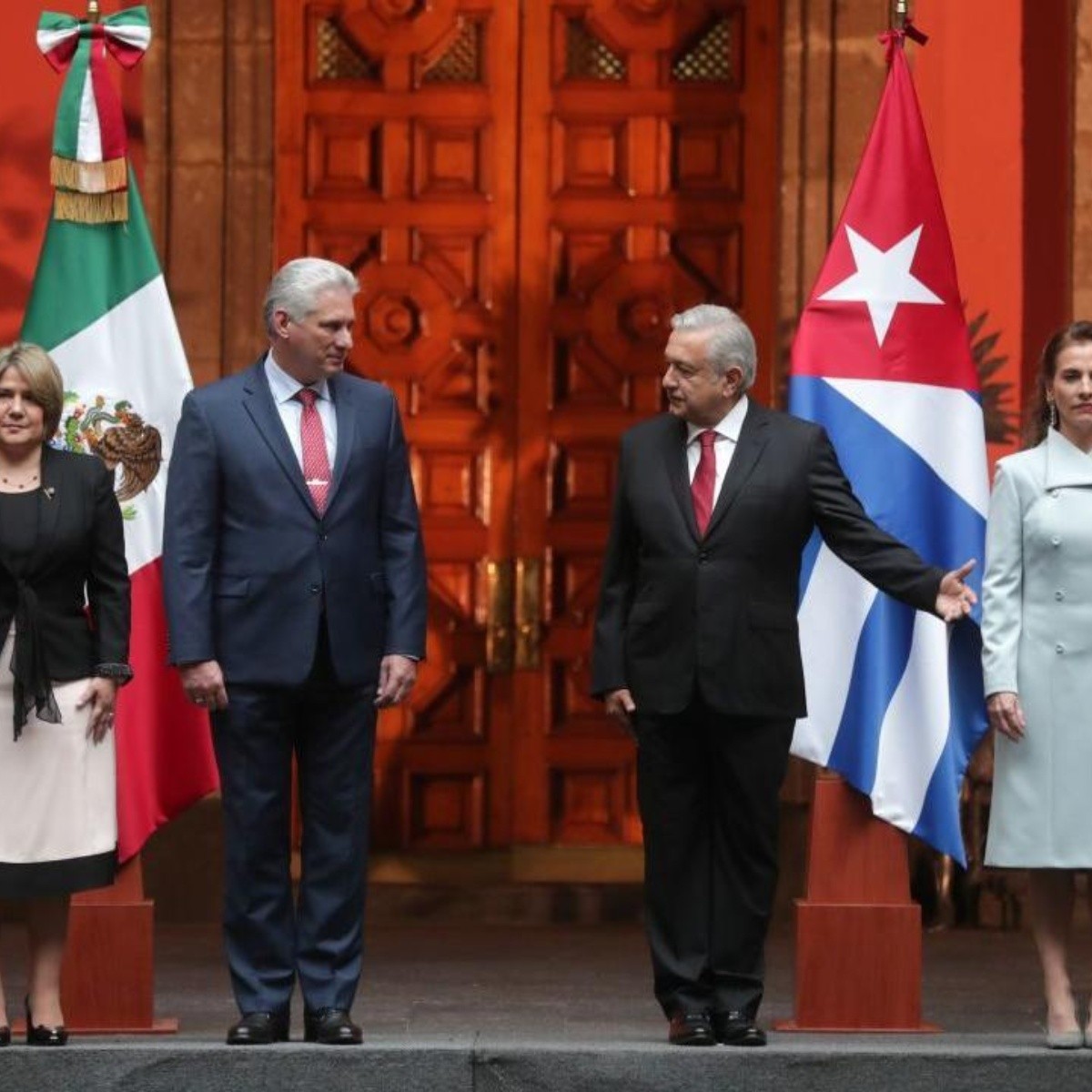 Cuba.- The president of Mexico, Andres Manuel Lopez Obrador arrives today in Havana on a visit that on paper deals with migration, but which has as its backdrop the culmination of a total rapprochement with Cuba.

The president’s arrival in Havana -to meet with his Cuban counterpart, Miguel Diaz-Canel– seals a relationship that has been growing closer since he came to power in 2018 and that has made Mexico an ally of the island in the region, experts told Efe.

AMLO closes his first international tour in Cuba – which passed through Guatemala, El Salvador, Honduras and Belize – with the migration as main axis. But his last stop has a more political content than focused on this matter, according to analysts.

Read more: SFP rules out a conflict of interest due to the ‘gray house’ of José Ramón López, son of AMLO

“At the deepest level, the migratory issue will be addressed, but at the rhetorical level, the tour will serve to shore up Mexico’s traditional position against the blockade,” Cuban-Mexican historian Rafael Rojas told Efe in an interview.

From his time as opposition leader, President Andres Manuel he has been against the US embargo and has extolled the figure of Fidel Castro. A year before his victory at the polls, he described him as a social fighter “at the level of Nelson Mandela”.

Analysts see it as more than likely that the Mexican president will reiterate his rejection of the embargo during the visit. In addition, they count on him to insist that the US rectify its decision not to invite Cuba, Nicaragua and Venezuela to the Summit of the Americas this June in Los Angeles.

“I perceive that the president Lopez Obrador I would like to be the mediator between the US and Nicaragua, Venezuela and Cuba,” María Cristina Rosas, an academic at the Faculty of Political and Social Sciences of the National Autonomous University of Mexico (UNAM), told Efe.

During his call with the American president, Joe BidenLast week, López Obrador insisted on the idea of ​​not excluding those three countries. The United States has not extended an invitation to them, considering them undemocratic.

In addition, the Mexican foreign minister, Marcelo Ebrard – who is traveling with the president and the secretaries of Defense and the Navy, Luis Crescencio Sandoval and José Rafael Ojeda Durán – redoubled that idea during a visit to Washington this week.

Both Rosas and Rojas agree that Cuba has seen in Mexico a new champion on the international board, and that unlike allies such as Venezuela, it has greater power of dialogue with the United States.

Back to the past

Mexico and Cuba They have maintained diplomatic relations for almost 120 years. Links have not been severed – in contrast to much of the rest of the region – after the triumph of the revolution in 1959 and the missile crisis of 1962.

Ernesto “Che” Guevara, Raúl and Fidel Castro – along with 79 others – left Mexico in 1956 on the Granma yacht to start the armed struggle that triumphed in January 1959 with the fall of the dictatorship of Fulgencio Batista.

In Mexico, during the 71 years of governments of the Institutional Revolutionary Party (PRI), ties with Cuba formed part of a state policy whose central axis was independence from its neighbor, the United States.

That tradition was broken in 1999 when Ernesto Zedillo (1994-2000) called for democracy in Cuba during a summit of Ibero-American leaders in the Caribbean country. In that same year, the then Mexican foreign minister, Rosario Green, received the dissidents at the embassy in Havana.

The most tense point came in 2002, when the conservative Vicente Fox, of the National Action Party (PAN), starred in the “comes y te vas”, which escalated to the expulsion of the Cuban diplomatic representative and the withdrawal of its ambassador to the island in 2004.

Rosas believes that López Obrador’s position is a “return” to the classic position of the PRI, a party in which the president militated from 1976 to 1988.

“It is in that line, although I do not see the reasons for the support (to the insular government). Cuba needs Mexico more than vice versa,” says the UNAM professor.

The two academics recall that, despite their proximity, both countries maintain a more “symbolic” and “political” than economic relationship.

According to 2019 data from the island’s National Office of Statistics and Information (ONEI), Mexico is among Havana’s 10 main trading partners, but far from Venezuela, China and Spain, despite its proximity and size.

“The question I ask myself with these trips is: how far does the bilateral agenda really advance in terms of collaboration?” Rojas sentences.

An unavoidable question in the meeting of Lopez Obrador and Diaz-Canel it is migration, within the framework of the current regional crisis in which Cubans represent an increasingly greater proportion of those who cross Mexico on their way to the United States.

According to the Cuban authorities, so far in 2022, Mexico has returned to the island 975 people who arrived irregularly in its territory in 15 repatriation operations.

Read more: Mexico is lethal for the exercise of journalism

In the last five months, 47,331 Cubans entered the US irregularly from Mexico. In February alone, the figure reached 16,557, according to the latest official data available from the Customs and Border Protection Office.