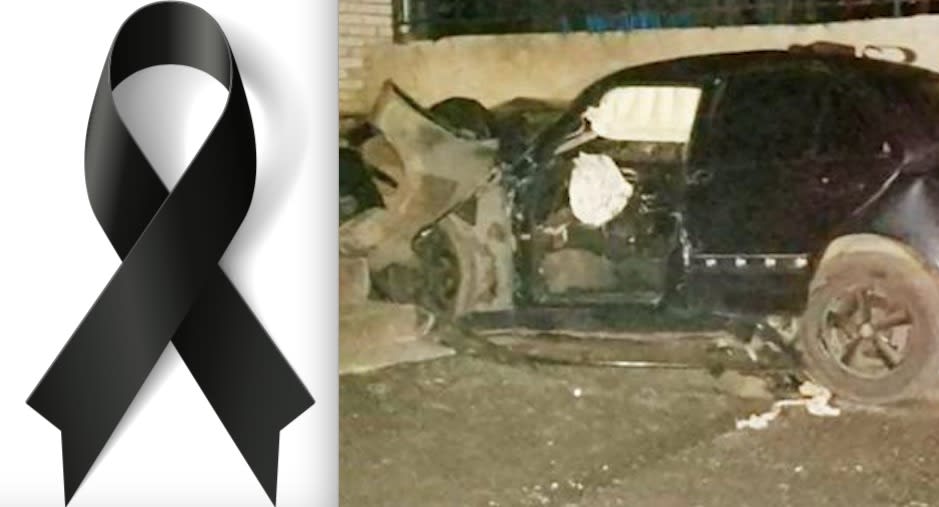 Boxer Vasile Belous dies. The world of sports is in mourning, as one of the renowned boxers of the Olympic Games He has lost his life at only 33 years of age in a tragic accident that would end his life, after a short career as a boxer where he also achieved some achievements.

This is the athlete Vasile Belous, who was one of the best boxers in the country of Moldova. It should be remembered that Belous participated in the London 2012 Olympic Games, in which he had an outstanding participation. Now the boxer died in a car accident Monday night, according to the Daily Mail.

Authorities in his native Moldova confirmed the death of the 33-year-old after he lost control of his vehicle, a Mercedes in the town of Calaraseuca, about 150 miles north of the capital, Chisinau. This accident would cause the death of the athlete who was only 33 years old.

The different investigations indicate that Vasile was driving his car when he crashed into a stone wall of a monastery and the images of the different local media showed the front of the car completely destroyed. It is worth mentioning that he had a family consisting of his wife and two children.

It is currently unknown what caused the car driven by Vasile Belous to go off the road, before hitting the brick wall at the entrance of the monastery in the town of Calaraseuca. But investigations are still continuing to determine the causes.

He became the national champion of his country, which would allow him to attend the 2012 London Olympics where he had an outstanding participation reaching the second round. Then years later he competed in the 2017 world championship obtaining the bronze medal in the welterweight division.

Boxer Vasile Belous dies: “He was a very technical athlete”

After learning of the death, Petru Caduc, who trained the fighter for more than 15 years, dedicated a few words to him on social networks: “He was a very technical athlete. There were few athletes with such a technique in Moldova. He was a personality, a very dedicated man. He complied with everything I asked of him. He trusted me, he never betrayed me. We are very sorry that what happened happened ”.

His last fight was a loss in Poland four months ago. Belous recorded 72 wins and two knockouts in his 116 amateur fights. Igor Untila, coach of the national boxing team, added: ‘He was a high-performance athlete, the pride of Moldovan boxing. He participated in the Olympics and, in fact, what happened is a great tragedy. Condolences to the grieving family and all their loved ones, ”according to The Sun.

Boxer Vasile Belous is remembered for defeating Seleman Kidunda of Tanzania during his participation in the London Olympics in the first round, just before falling to Taras Shelestyuk of Ukraine in the knockout stage of that competition.

It is worth mentioning that the athlete of Moldovan origin in 116 amateur fights, managed to obtain 72 victories and two KOs, also accumulated some defeats losing 44 times, including his last fight in Poland only four months ago. This would be the last time I would step into the ring.

Even a similar tragedy occurred a few weeks ago, it was in a car accident suffered by former high school football star Jaquan Yulee, according to information published by the news portal The Sun. The young man was pronounced dead at that moment, he was 24 years old, played for Indian River High and gained fame for his enormous sports talent.

The virtuous player traveled alone in his vehicle and after the accident, his body was left inside it, and the firefighters and policemen were the first to arrive, the tasks were not easy because the car was overturned on its own roof. The report was given around 7 in the afternoon, through a call that was made to the 911 emergency system. Upon arrival at the scene, they guarded the area to prevent it from becoming contaminated and proceeded to the protocol that is established for these cases.

Just a few hours before his death, the player posted on Twitter about his next university assignment, hinting that he was ready to continue his career in both fields, which moved many of his followers. It is worth mentioning that he was the owner of a natural talent in the field.

He wrote the following: “It’s not about how great the school is or who went to school before you, it doesn’t matter if it’s D1, D2, or D3 when you signed that letter to attend that college, or you went to eat or you left hungry, they explorers who come to get you no matter where you are ”.

I had a promising future

His trajectory was recognized by both locals and strangers, from a young age he graduated from high school and joined the Thundering Pack of Marshall University, after they saw in him potential to join the ranks of that team.

Later, he was selected by ESPN as highly on his way out of high school, and received offers from Clemson, Alabama and Florida, so his future seemed prominent in order to get to do big things. Filed Under: Boxer Vasile Belous Dies.

In addition, on his Instagram he published a message about his brand clothes addressed to his relatives and in a textual way he wrote the following: “Keep alive the names of my loved ones that I can not see anymore” which he called “My lonely angels.”

The young player Yulee seemed to launch his brand in July 2020 and several garments with the “Lonely Angels” brand that have been successful among his followers who saw him as an example of life for his achievements at an early age. Filed Under: Boxer Vasile Belous Dies.

In the description of the clothing brand’s page, the following was written: “When someone you love becomes a memory, the memory becomes a treasure” and his followers shocked at his sudden death.

Today the world of American football is mourning this loss of one of the most prominent players in the country and who had an enviable future for his great talents in that sport that is one of the most popular in the United States. Filed Under: Boxer Vasile Belous Dies.

Many deceased in sport

But the news of this tragedy comes after Ian Legorreta, who was a member of the ranks of the first division team, Atlético San Luis, the Atlético de Madrid franchise in Spain, died according to information published in various media such as El Universal and Millennium.

The young player who dies Ian Legorreta, from San Luis, was barely 19 years old and was beginning to know the experience of playing in a professional first division team, since although he was in the sub-17 category, he had already played at least three games . Filed Under: Boxer Vasile Belous Dies.