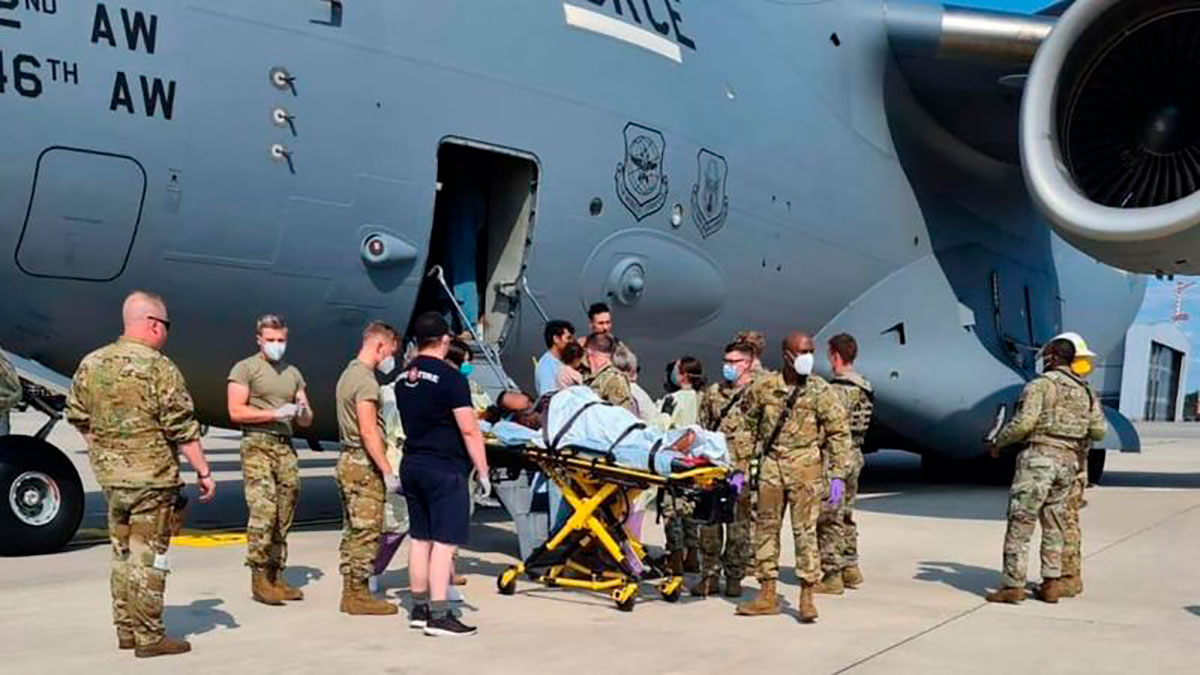 A woman who fled Afghanistan gave birth on a US evacuation flight.

The Afghan-born woman went into labor as the plane headed to Ramstein Air Base in Germany, the United States Air Force Air Mobility Command posted on Twitter.

Medical personnel boarded the plane once it landed and the woman gave birth to the baby. in the cargo hold of the plane.

Both the baby and the mother are in good condition at a nearby medical center, the military said.

At one point during the trip, the pregnant woman began to have “complications.”

The pilot had to descend to increase the air pressure on board the plane, “which helped stabilize and save the mother’s life,” the Twitter post reads.

Medical support personnel from the 86th Medical Group help an Afghan mother and family off a US Air Force C-17, call sign Reach 828, moments after she delivered a child aboard the aircraft upon landing at Ramstein Air Base, Germany, Aug. 21. (cont ..) pic.twitter.com/wqR9dFlW1o

Thousands of Afghans are at the gates of the capital’s international airport, Kabul, days after the Taliban took control of the city, waiting in the sweltering heat for a chance to flee the country.