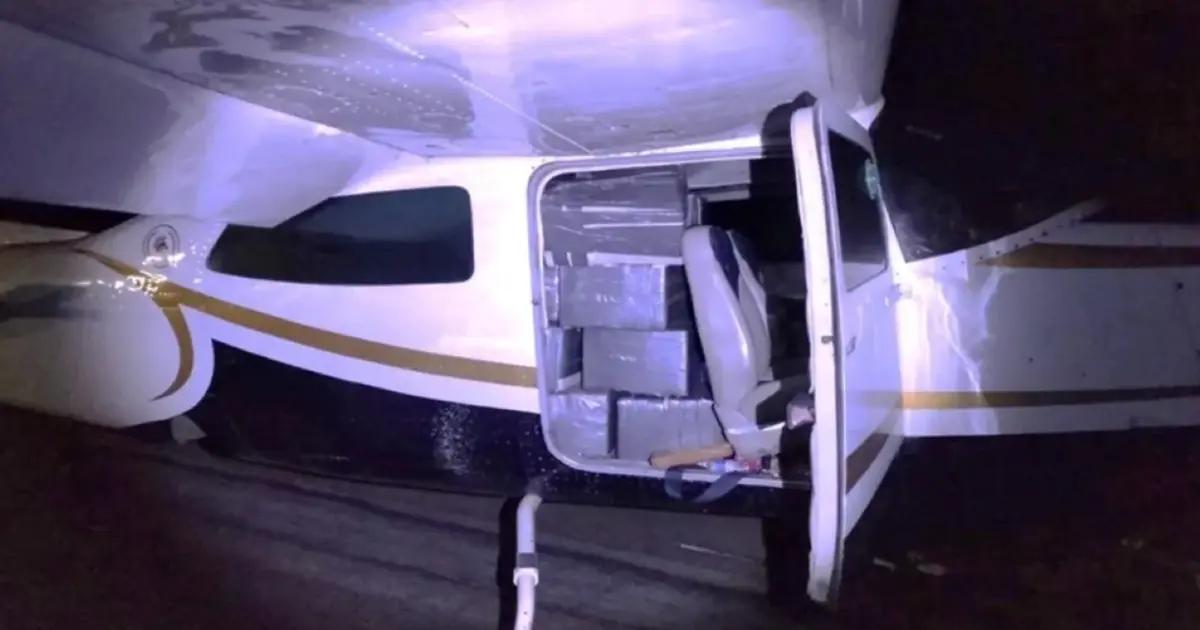 Elements of the Mexican Army, the Mexican Air Force, and the National Guard struck a major blow against drug trafficking in Mazatlán, Sinaloa, after securing a light aircraft carrying approximately 469 kilograms of cocaine.

The Ministry of National Defense (Sedena) informed that after detecting an unidentified aircraft coming from South America, two jets and a helicopter were ordered to take off.

“The aircraft landed at the Mazatlán International Airport, so Mexican Army personnel arrived at the landing site, established a security perimeter, and carried out a check,” the agency said in a statement.

Inside the aircraft, 11 packages of drugs weighing approximately 469 kilograms were found, and two people carrying the shipment were captured.

For his part, the Secretary of National Defense, Luis Cresencio Sandoval, referred to this seizure in the morning conference of the President of Mexico, Andrés Manuel López Obrador.

“This was a follow-up to an illicit flight that departed from South America. Through the coordination that is in place with the different countries of Central and South America, it was possible to follow up, and it reached Mazatlán, where it was secured… the entire system participated, the Air Force, Army, and National Guard”, he indicated.

In addition, he added that the economic impact of preventing the drug shipment from being commercialized is around $5.6 million.

The detainees and the insured were made available to the authorities so that the corresponding investigations could be carried out to determine to which criminal group the cocaine belonged.