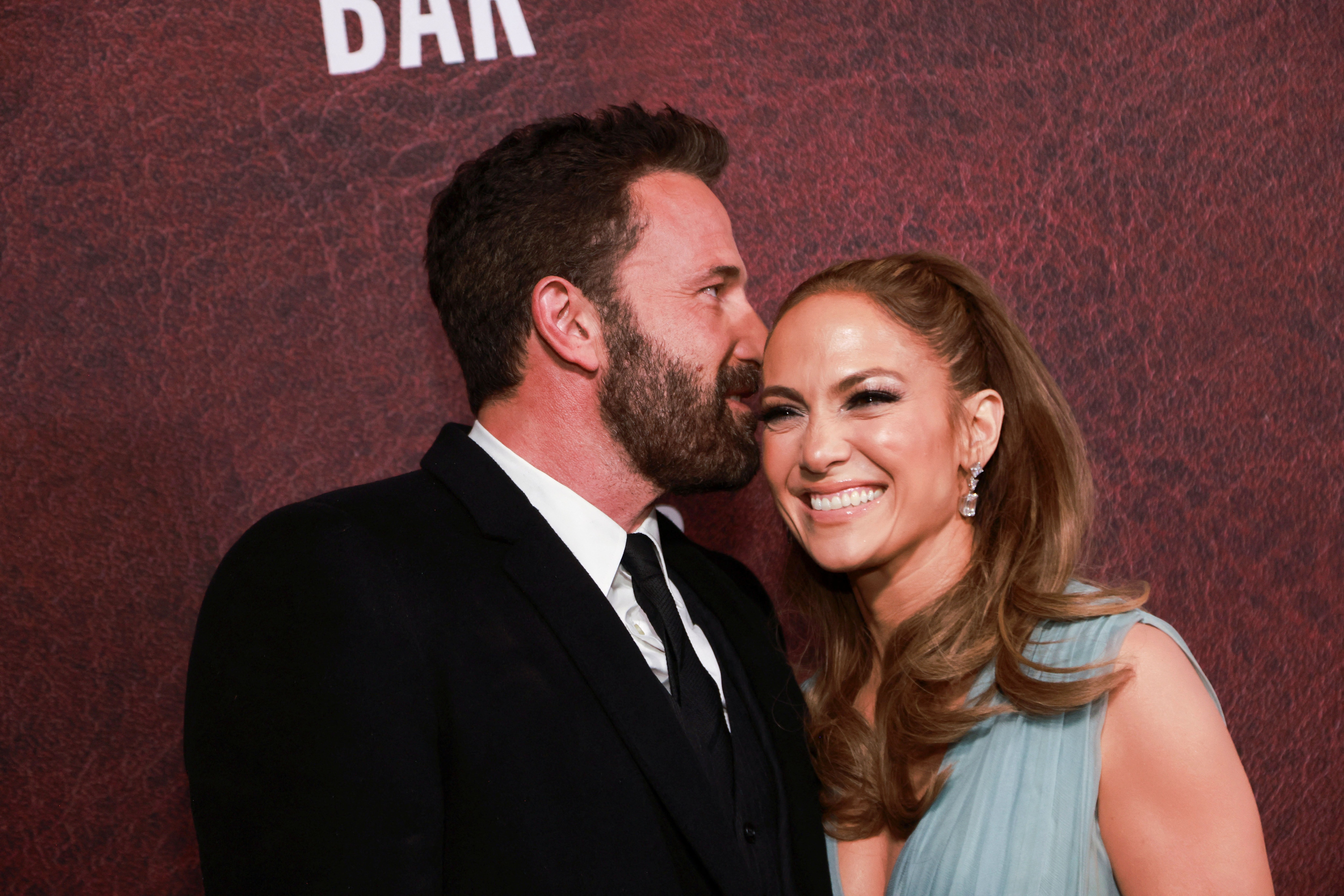 Ben affleck, 49, dated Katie cherry for three months in 2019, after meeting on the Raya dating app in June of that year. In a recent interview, the actor’s ex-girlfriend told how her first date with the Oscar winner was, about the strange conversation they had about Jennifer Lopez, Affleck’s current partner, and gave details of the actor’s bond with his ex-wife, Jennifer Garner.

On Ben’s romance with JLo, Cherry said they make “a very good couple.” In statements to the magazine InTouch, the ex of the American actor affirmed: “They are in the same moments of their lives. He and JLo have children. Ben likes to be with the family. He’s looking for something deep, and he obviously feels very connected to it.”.

And when she felt comfortable enough with Jennifer Garner’s ex-husband, she asked him about a particular aspect of Jennifer Lopez‘s body, and he did not hesitate to answer her. “When he and I were together, I asked him, ‘What is JLo’s ass like?’ I had to ask him. She is an icon. It’s incredible “and he replied: ‘phenomenal'”Katie recalled.

At the time when Ben and Katie were dating, JLo was with her then fiancé Alex Rodriguez. “That’s literally the only time he ever talked about her”He added.

In April, Jennifer and Ben went public with their romance. They first dated 18 years ago in 2002 after meeting on the set of the movie “Gigli.” They got engaged and planned a wedding, but officially parted ways in 2004.

In her interview, Cherry also gave details of how she met Ben. “We met in Raya. We talked on FaceTime for four months before we met. It wasn’t every day, but it was from time to time”, He revealed.

Their first date was at a bar in Santa Monica. Cherry claimed it was a crush. “He is very sweet, charming and super fun. ” “When I met him, he told me that his previous girlfriend was from Buffalo, where I was from.” Ben was talking about the producer Lindsay shookus from “Saturday Night Live”, with whom he had a relationship for more than two years.

According to Katie, Ben told her, “I like Buffalo girls because they are really normal.”

“He was looking for something serious,” he added. Things between them moved very fast. Even the actor declared his love to her within a few weeks of meeting her. “He didn’t talk about marriage, but he said ‘I love you’ very, very fast“, He said. “He also proposed that I go live with him.”

He claimed that she never told him that she loved him since she was not sorry and did not want to lie to him. Nonetheless, he decided to leave Buffalo and move into the actor’s mansion in Pacific Palisades. “Most of the time we ate very good food and watched movies. He made jokes all the time, so it was impossible to be able to watch a movie. It is fun”He recalled.

He also admitted that although he normally avoids dating people in the film industry, he was “Quite the opposite” to most of the people in that world.

Katie also liked that she didn’t behave like a celebrity: “He is a very homelike person. What he likes to do the most is being at home, watching movies, asking his chef to cook something. It’s so normal and down to earth ”.

The night of the relapse

Katie also witnessed one of the actor’s most difficult moments. In October 2019, Affleck started drinking again and was seen in very bad shape during a party in Los Angeles. The actor had just celebrated a year of sobriety.

She was at that party with him and saw the actor taking that first drink that was later followed by many more. Affleck ended up completely drunk. The place TMZ published the video of the actor drunk and unable to stand after the evening organized by Unicef ​​in West Hollywood.

After the party, Affleck went with Katie to a casino and was seen at a poker table. Eyewitnesses indicated that the actor almost fell from his chair due to his drunken state.

The next day, after realizing that the video had gone viral, Ben was very worried about his children and only thought about them, said Cherry. “The first thing he told me was that I had to know if they were okay. I was not worried about him, I felt sorry “.

On Sunday morning, Affleck, who has struggled with his addiction problems for several years, publicly acknowledged that he had slipped and told the paparazzi while on his way to the home of his ex-wife Jennifer Garner: “It was a mistake but I’m not going to let it derail me “. When asked if he was going to be admitted again, he remained silent.

Hours before his relapse, the actor had publicly celebrated wearing “more than a year” in recovery through a message posted on his Instagram account.

According to Katie, Ben stayed several nights at his ex’s house to be around his children. “I know Jennifer (Garner) was very angry. He told meCherry recounted. However, she recognized that the actress was very attentive to her ex-husband and that she was always aware of him. “I realized that she called him a lot but I understand that it was to have a good relationship. I remember that she told me that she was a good mother and she was happy that she is the mother of her children ”.

A few days after this episode, Ben and Katie’s romance came to an end.

“The last time I saw him, I left his house in his hoodie and a pair of pants because we had gone out the night before and he didn’t want to wear my dress and heels at his house. “he told the magazine Star. In order not to live off memories, Katie said that He threw Ben’s pants out the window. However, he still has his sweatshirt.

At one point, she also had one of her cars. “I had my own car, but it was at his house and I had to go back to mine and he said just take his car,” she shared. “Then he went to shoot a movie and we didn’t see each other for months. When he came back he was dating someone else”. That other person was about the Cuban Ana de Armas, with whom he dated for a year. Shortly after ending his relationship with the actress, Ben returned to JLo’s arms.

“It was a slap”: Jennifer Garner’s first words after Ben Affleck’s harsh statements about his marriage

Ben Affleck blamed Jennifer Garner for his addiction to alcohol: “Part of the reason I started drinking was because I was trapped.”