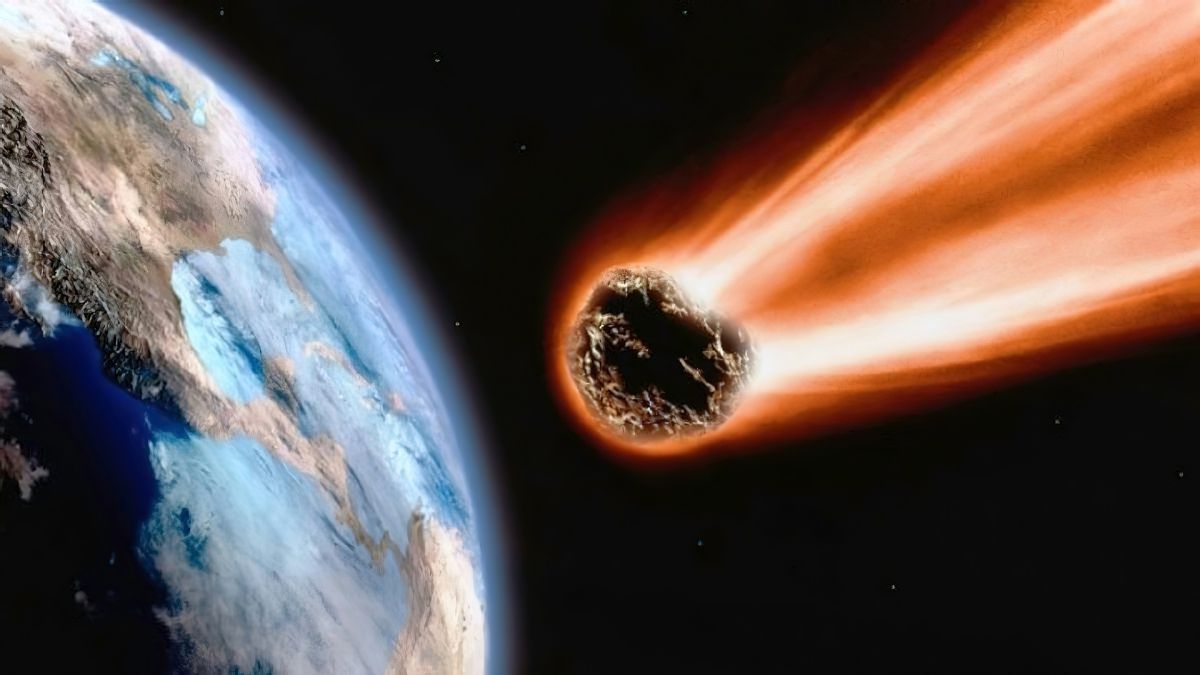 A meteorite from outside our solar system, known as CNEOS 2014-01-08, crashed into Earth in January 2014 off the coast of Papua New Guinea.; Now, everything seems to indicate that scientists will launch an underwater expedition to track down and collect the pieces of the first known interstellar object on Earth.

Although definitive evidence is still needed to assert that this object is truly interstellar, the data collected at that time indicate that the meteorite, in addition to the other two known to date: Oumuamua and Borisov, is an interstellar object.

Based on catalog data regarding the object’s trajectory, Harvard University physicists Amir Siraj and Abraham Loeb first identified the meteor, which was about half a meter across.

According to the physicists, the object is “from an unbound hyperbolic orbit with 99.999% confidence,” all due to its unusually high heliocentric velocity. In other words, the meteorite was moving at speeds that suggest it might not be tied to the Sun’s gravity well.

However, Siraj and Loeb’s work remains unpublished and unpeer-reviewed, as they have been unable to access NASA’s Center for Near-Earth Object Studies database – which came from a spy satellite. of the Department of Defense of the United States–, and that remain secret, which has made it difficult to contrast the exact error values ​​of the measurement of the impact of the object with the Earth.

When everything seemed to be in limbo, his statement was supported by the chief scientist of the Space Operations Command of the United States Space Force, Joel Mozer, in March of this year, after reviewing the classified data in question.

Mozer then confirmed that the “velocity estimate reported to NASA is accurate enough to indicate an interstellar trajectory.”

On the hunt for the interstellar object

This revelation finally gave Siraj and Loeb the confirmation they needed to hunt down the object and study it up close. However, tracking down the meteorite’s remains probably poses some problems: during its descent into Earth’s atmosphere the object could have burned up, probably leaving only scattered fragments on the ocean floor. How then to find these possible tiny fragments at the bottom of the great ocean?

As reported Universe Today, Although it sounds like an impossible task, satellite tracking data, combined with wind and ocean current data, can provide a reasonable search area of ​​just 10 km by 10 km. So physicists are not losing all hope.

And more importantly, the fragments are expected to be magnetic. So the expedition team, partnering with an ocean technology consulting firm, is likely to bring a large magnet attached to a trawler to collect the chunks.

Is the interstellar object natural or artificial?

In an interview last year with the space science outlet, Loeb said the expedition would give the scientific community a chance to “really get our hands on the relic and find out if it’s natural, if it’s a rock, or if it’s natural.” , you know, a small fraction of those [objetos interestelares] it could be artificial.

In the past, Loeb has spoken out about the possibility that interstellar objects like CNEOS 2014-01-08, ‘Oumuamua, and Borisov are artificial objects created by extraterrestrial intelligence. Although not everyone seems to agree.

Now, Siraj and Loeb intend to clarify the doubts, so they will go after the object to have more evidence. Whatever it is, if the physicists succeed in their mission, the world will be looking forward to seeing an interstellar object face-to-face for the first time.