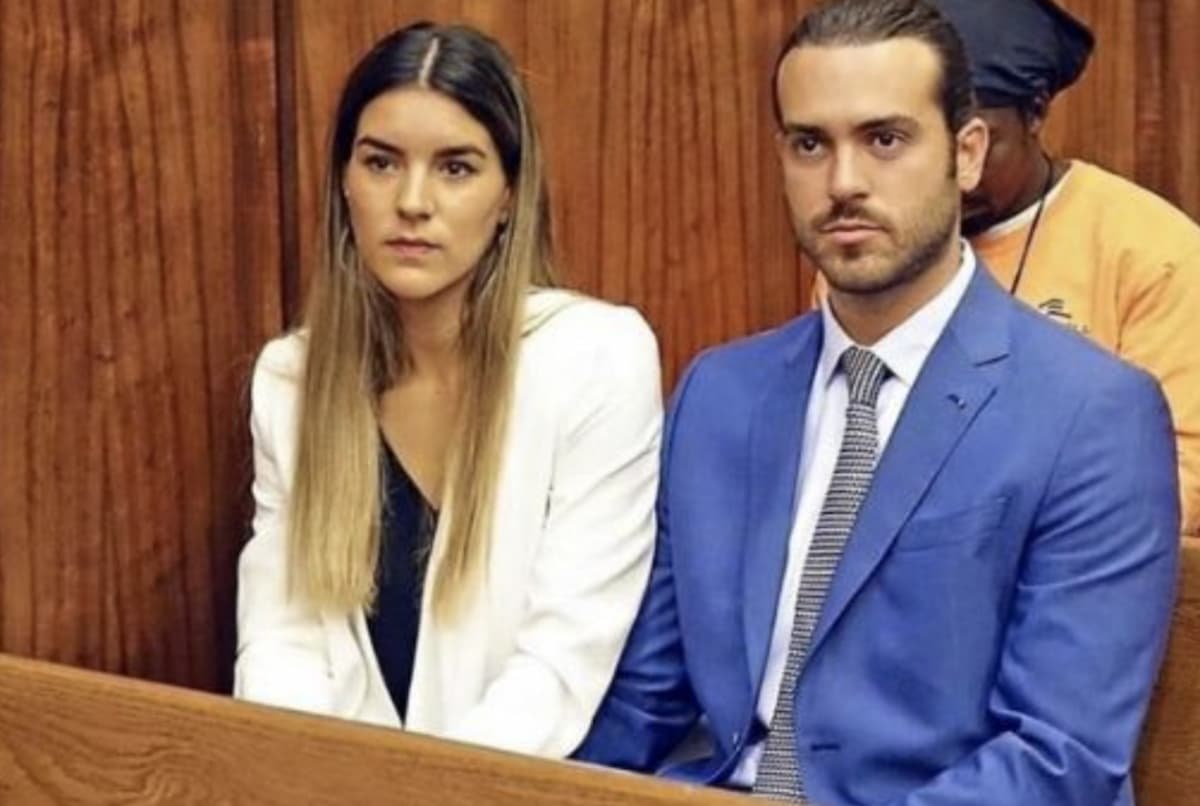 After the trial against actor Pablo Lyle (35) was suspended for two days due to the arrival of hurricane Ian, the hearing was resumed for a third session. The interpreter is accused of being the author of homicide against Juan Ricardo Hernández after a quarrel resulting from a traffic incident.

On this occasion, Pablo’s wife, Ana Araujo (33), was called to testify and told her version of the facts. According to her, the Mexican actor was in the passenger seat when the driver “took an exit that he later realized was not right.”

“We began to hear a horn that started to honk super loud. It was very aggressive and lasted a long time. In fact, to me, it seemed very exaggerated,” Ana Araujo began saying.

When they reached an intersection, they heard shouts and insults from the late Juan Ricardo Hernandez. “My heart began to beat very strongly, and at that moment, I heard the van being hit,” said Pablo Lyle’s wife.

Ana Araujo recounted the moments of panic she experienced.

At that moment, there were children inside the vehicle, who were very frightened by the aggressiveness of the circumstance, so Ana was in charge of calming them down. The driver of the car they were in got out to argue with the man insulting them when Pablo’s wife lost sight of them.

“I remember that Pablo was trying to stop the truck because I realized it was moving forward, there was an avenue, and cars were passing by. At that moment, I was in a panic, the children were very scared, making a lot of noise, and I saw Pablo’s scared face trying to stop the van“, narrated Ana Araujo.

In addition, Pablo Lyle’s wife commented that when the actor got out of the truck, he shouted to Hernandez, “calm down, there are children in the car.”

The forensic doctor who performed the autopsy on Juan Ricardo was also summoned to the hearing, who assured that the cause of death of the 63-year-old man was the blow Hernández took when he fell to the ground as a result of the punch that Pablo Lyle gave him.

Remember that lately, newly emerged evidence came to light, like the videos recorded by security cameras in the area, showing step by step what happened. The videos and Araujo’s testimony seem to have helped Lyle at this point. His lawyers previously asked to change the accusations and hope for a better ending because of the scare Lyle’s family took, including the children.