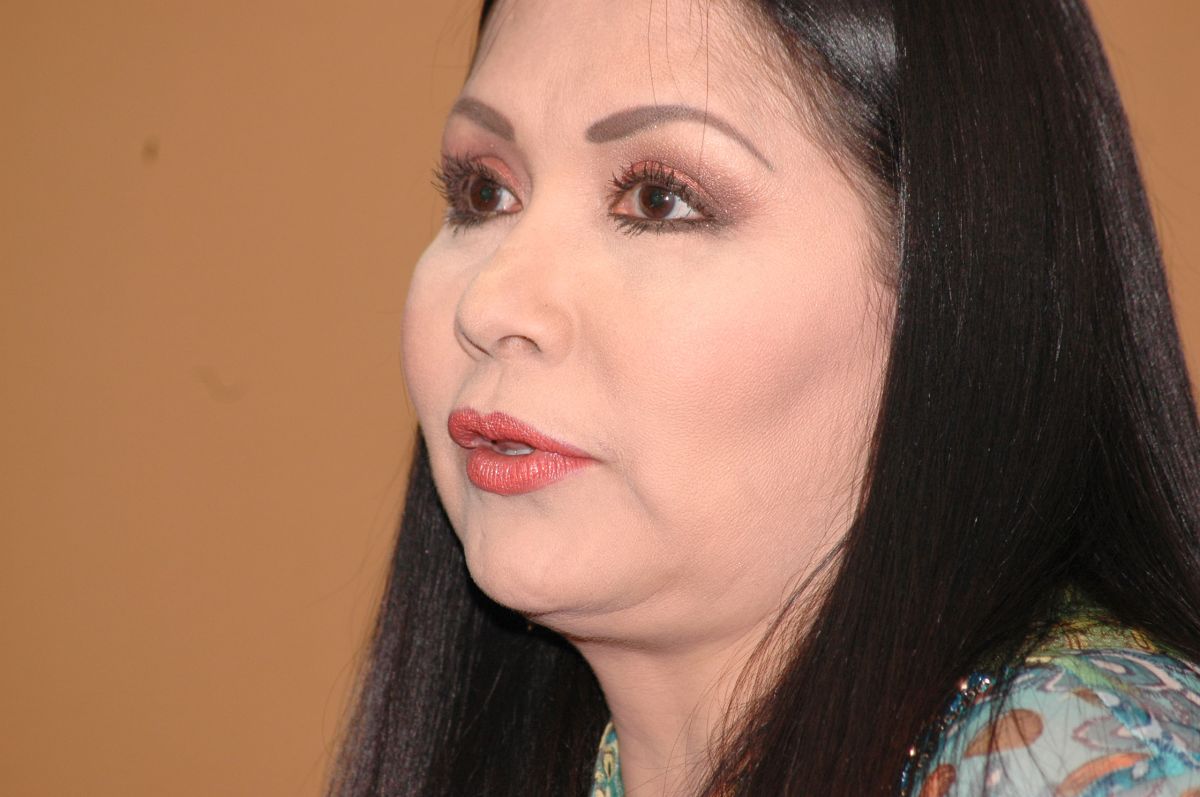 Some days ago, Ana Gabriel grabbed the headlines for having said in a live broadcast that he did not know Yailin La Más Viral, and that is that his fans They did not stop asking him about a possible collaboration with Anuel AA’s sentimental partner.

“When are you going to record with Yailin?”, they questioned him and, Without wanting to offend, the Mexican artist replied: “I don’t know who Yailin is.”

It was probably what the people who were watching Ana Gabriel’s live were looking for, since she was expressing his regret for not having been able to collaborate with Karol G.

“By this means I want to thank the most recent invitation, and that I could not be there because I had a very close commitment, it is to Karol G, who invited me to sing with her“, said.

“I am so busy and she is in such a hurry to deliver her project that well no, I cannot be recording so from this video I send her a hug, all the luck in the world, she already has it, right? and then nothing, thank you infinitely for your invitation”he added.

His answer caused a lot of controversy, because apparently Yailin was a complete stranger to Ana, however, He apologized for this controversy and now even paid his respects to her and her family.

Ana Gabriel did not want to stay with the doubt and after investigating the career of the young Dominicansent him a message through a video.

“It is something that does not concern me, but I do have four reasons to make this video. First, my respects to the singer Yailin, who I said I didn’t know, and it was true. Now I do know her, because I started to investigate”Ana Gabriel

“Also pay my respects to your familybecause I think you may have felt a little sad about my comment, but it is true, I didn’t know Yailin“, he continued.

“Third, for her fans, for her public, those who support her and who I imagine must be a little sad; but I did not deny anyone. Another, for a country that loves me and that I love, which is the Dominican Republic. So, Yailin, I wish you the best in lifemany blessings and may your career always be a success”, he concluded.

Keep reading: Ana Gabriel was asked when she is going to record with Yailin and says she does not know her
– Karol G gave a news that drove many of his fans crazy
– Anuel AA attacks in concert a fan who wore a blue wig, the same hair color as her ex, Karol G