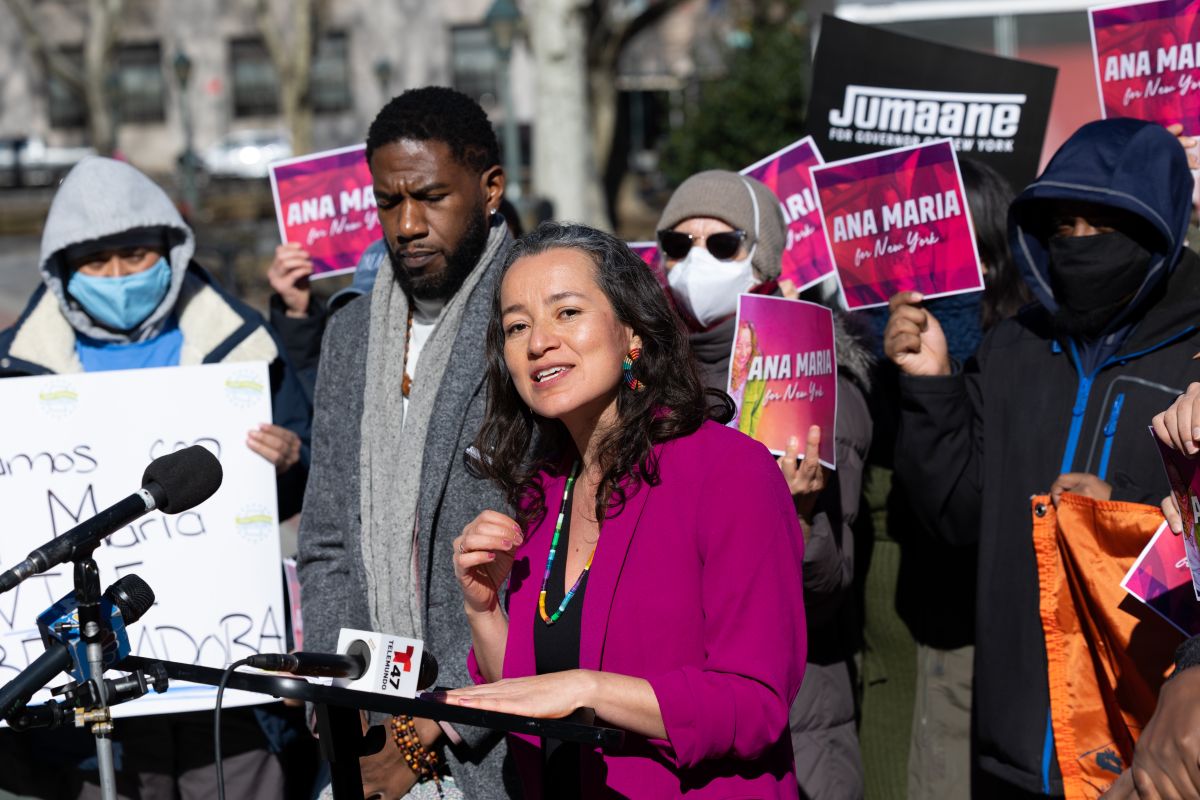 The Colombian Ana Maria Archila, began in 2002 with small gatherings of undocumented youth in Queens, to promote one of the first movements that pushed for the federal immigration relief of Deferred Action for Childhood Arrivals (DACA). He later founded the organizations Make the Road New York (MTRNY) and the Center for Popular Democracy. Now, after 20 years of an activism that he defines as “building power for the people”, he is signing up in the electoral arena to become at number two in power of the state government from New York.

Archila put his name in the Democratic primaries, whose early voting process began this weekend and will be held in person next Tuesday, June 28with the aspiration of becoming the first Latin woman in history to be on that executive podium.

“I am a Democrat on the side of the community struggles. I am not a traditional politician. I have never been in power. I am not part of the groups that run the party. But yes, I have a well-documented history of real work for the benefit of Hispanic communities. in New York,” he remarks.

The community activist born in Bogotá is part of an electoral equation that, together with the Ombudsman of New York City, Jumaane Williams, challenge Kathy Hochul’s re-election as Governor and her choice in the Deputy Governor Antonio Delgado.

In interview with The newspaperArchila, puts on the table his cards in play in the internal consultation of the ruling and dominant party in NY.

-This primary process to elect candidates is a democratic act historically marked by an enormous indifference of the voters in New York. Is there any indicator that in this 2022 is different?

-!Unfortunately not! People are very tired with the chaos of the last few years. From the disaster left by the Trump Administration, from what happened to Andrew Cuomo, (a former New York governor who resigned after allegations of sexual harassment). In general, that was one of the reasons why I took the plunge. To try to energize communities that feel demoralized and tired. In these three and a half months of campaign, we have generated enthusiasm. Precisely because I am not a traditional politician. No one can doubt my commitment to the Latino and immigrant community.

I have a record of building power for the people. That builds voter confidence. fed up with traditional politicians. When you look at the other campaigns focused on the same thing, you realize that you are on the right track, to motivate participation from the grassroots.

-The Democratic Central Committee, last May, created a commission to approach Hispanic communities. Is it a sign that there is indeed a reflection on the importance of the Latino vote?

-The leadership of the Democratic Party in New York has treated Hispanic communities as a zero to the left. This creation of commissions is nothing more than a symbolic fact. Without any real impact on people’s lives. The leadership at the core of this political organization is disconnected from the tragedies that our communities are experiencing face inflation and evictions from their homes. I’ll give you an example, the governor sent letters to Latina women registered in the party, saying that she has created mentoring programs for them. Actually, Hochul does not have any record in its history of contributions to Latin women. That is why we must discover our power as voters. And these primaries open up that historic opportunity to show our power through the vote. It is not true, as many still thinkthat the majority of Hispanics in New York are undocumented.

-How to explain to Hispanics who are registered to vote that they should take a few minutes and give their opinion. And even more, why, if they are going to vote in these internal ones, should they favor you with the vote?

-Our communities were one of the most impacted by the pandemic, they lost their forms of income like no other and were the families most affected by the deaths. We now have an opportunity to choose the first Hispanic woman to hold that position in the state and someone who has also fought for his dignity. We have never had an election like this, where that opportunity is within reach. I understand that after making so many efforts to be heard, there must be a lot of disappointment, especially when they continue to see the performance of traditional politicians.

–What is your main action criterion as a Democrat to comply with clear actions that change the lives of thousands of people who live below the poverty line and can progress in such a complicated economic context?

I define myself as a Democrat in favor of working families. The Democratic Party is a very diverse party, which is controlled by a small segment that is more focused on doing favors for billionaires and corporations that they fund their campaigns, instead of focusing on the needs of the people. Right now, we are in a divided country, where people are overwhelmed. It is very important to demand that this political organization focus on fighting for benefits for the most vulnerable.

But specifically, how is that achieved from a position as lieutenant governor that in the state is traditionally almost decorative, that only fulfills the protocol agenda of the governor?

My vision is to be more active and independent and work on an agenda that we have been working on for years. It is a priority to offer solutions to excessive rent increases and evictions. We must work to push a bill to raise the minimum wage. The lieutenant governor now has no influence or opinions on budget issues, but that must change. From this position, we are going to work together with legislators to advance legislative proposals that help our communities to find relief from the high cost of living. They are struggles that we have already had from the organizational work, they are nothing new for me. Only now they will have an elected leader in state government who will It will be focused on the working class.

Recent keys to the lieutenant governorship in NY: