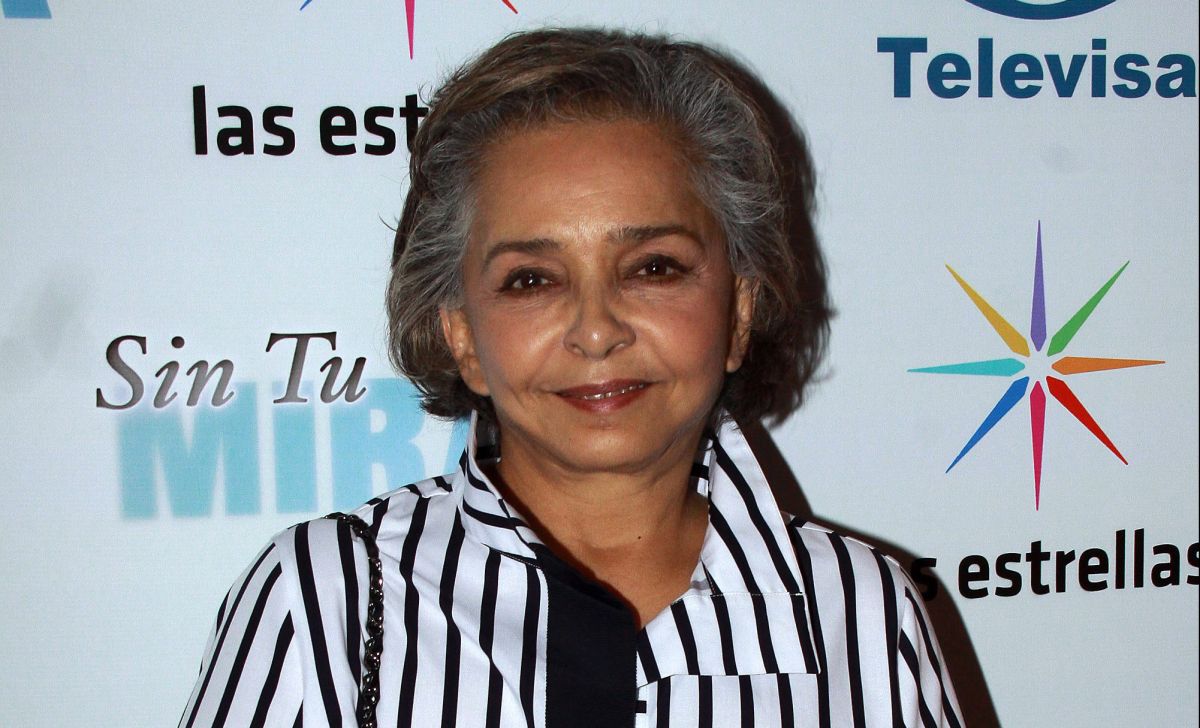 Showbiz dressed in mourning after the sensitive death of the leading actress, Carmen Salinas, was confirmed, considered one of the great figures in the world of theater, film and television.

According to the program “Hoy”, it was the night of December 9 when the vital organs of the first actress began to fail and minutes before midnight she would have had her last breath, as seconds later she lost her life.

Before this the family Salinas confirmed the sensitive death of the protagonist of series such as “Nosotros los guapos” and “María de Todos los Ángeles”, who was just serving a month hospitalized due to a brain hemorrhage.

Immediately after the death of “Doña” Carmen Salinas, hundreds of celebrities from the show sent endless messages in which they remembered the legacy that the actress built throughout her career.

One of the famous women that most moved her fans It was the first actress Ana Martín who shared several unpublished photographs with Carmen Salinas. Most of them surprised all the viewers.

“When I worked with my beloved Carmelita Salinas. A kiss and a hug to heaven “, wrote the user on social networks.

As expected, the publications immediately went viral in the different digital applications since hundreds of Internet users were moved by observing how the well-known actresses looked young.

So much Ana Martin Y Carmen Salinas placeholder image They are considered two of the great actresses who have stood out in the world of telenovelas and Mexican Cinema.

On the digital platform, comments such as “Beautiful”, “Talented” and “What beautiful memories” are read. In addition, they invited Ana Martín not to stop uploading photos to continue remembering Carmen Salinas.

Another of the celebrities who have issued messages to fire the actress was the controversial Lyn May, who uploaded a video of her youth with her to her social networks.

On the occasion of the death of her partner and friend Carmen Salinas, who was paid tribute at the Monument to the Mother, the 68-year-old star uploaded a video on her official Instagram account, where she is seen sharing the stage together to the producer of the play ‘Aventurera’.