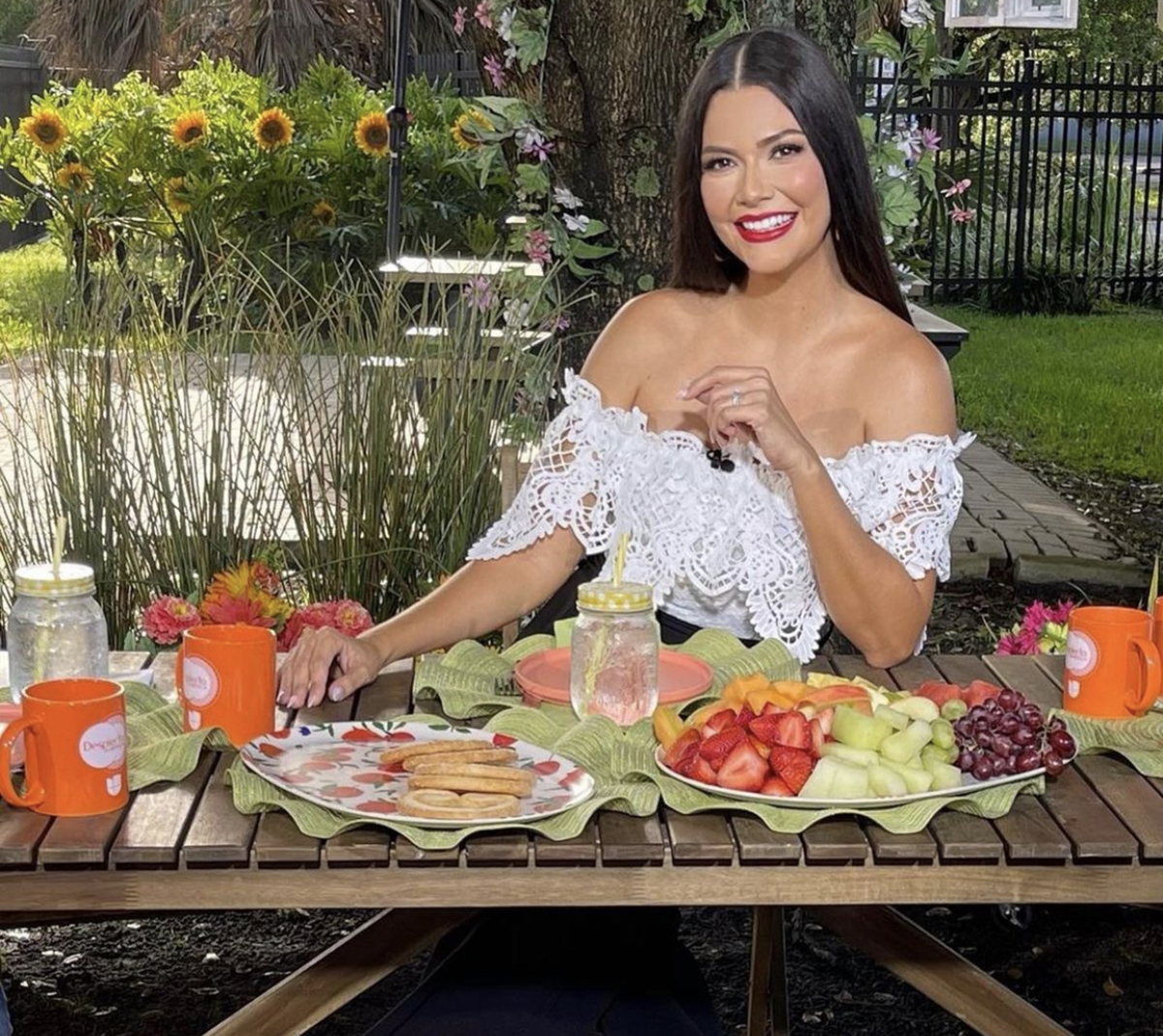 Four months after leaving television, Ana Patricia Gámez returned to ‘Despierta América’!… Yes, this morning he woke up in the ‘happiest house on Hispanic television’, after having given up on ‘Falling in love’ because he wanted to be with his children and ensure that he was leaving television indefinitely …

Although only visiting, seeing her on Univision morning was like flashbacks three years ago before decided to embark on the adventure of hosting his own show, for two years later give up everything.

However, she was surprised when be interviewed by her friend and sister-in-law, Karla Martínez and Johnny Lozada, who is the guest driver, Ana Patricia hinted that indefinite time off TV could expire.

“I retired from the daily schedule, but I am open to listen to invitations How is it about coming to ‘Despierta América’ one day, going to ‘Falling in love’ one day why not, maybe make a reality show. Something that I can accommodate my time, my schedules “, he said surprisingly.

In this more mature stage of his life, in every way, Ana Patricia no longer has the need to depend on a television salary or of any kind, because he knew how to capitalize on his years in the to open your own clothing and product store, have his podcast, and other projects that he assured are on the way.

“There is nothing better than they offer you something and you can say yes or no, and that you not only see the number they offer you … Thank God I have undertaken many things, I have that peace of mind to do what you want at the time you want. I get up with my children, I take them to school, I go to do exercises, I go to the winery, to the boutique, I do content, I have contracts… I keep working a lot, thank God ”, he clarified.

And given the direction the interview was taking, Karla was very direct, and asked if she already had proposals to go back to TV. “Offers I’ve had since day oneThank God, it will depend on the time, I don’t know “, he said and, laughing, made a gesture with his hands saying” and also money. “

Because, He clarified again that he no longer thought so sharply like when he announced that he was giving up ‘Falling in love’ surprising everyone.

“You never say never, not forever … In life everything changes, dreams, goals, and sincerely I love televisionI enjoy it, but I didn’t enjoy leaving the kids that much. For example, now ‘falling in love’ is three hours, and people watch two or three hours on the air but there are many more before, after and they are also weekends, “he said.

So after spending two hours with his former colleagues, in his former house, promised to repeat the visit And, for those who want to have her in their show, Anita is open to receiving invitations.

THESE STORIES SHOULD NOT BE MISSED: