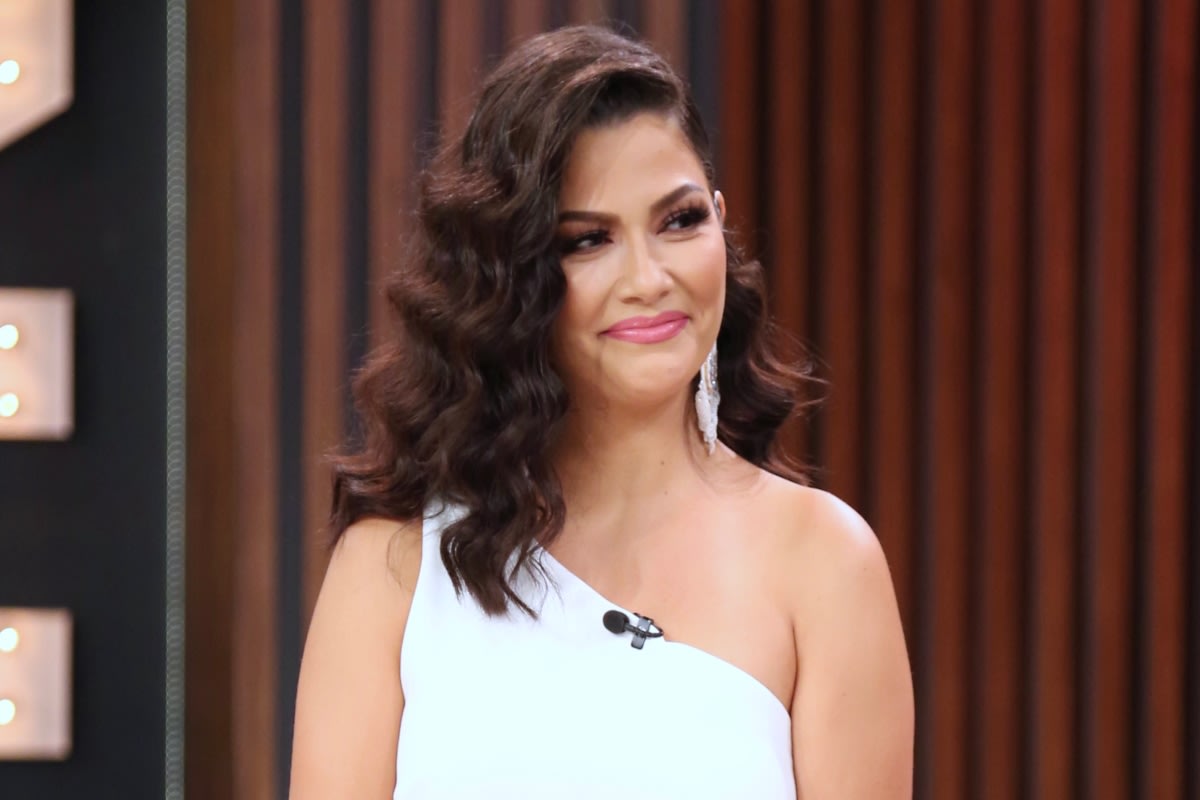 Hard hit. Just days after he confessed that his children had ‘found’ his deceased father, who died in the middle of last year, the Mexican driver and model Ana Patricia Gámez is mourning the death of a former participant of Enamorándonos.

Through her social networks, the winner of Nuestra Belleza Latina 2010 shared a couple of images, in one of them she appears with her partner Rafael Araneda and the couple formed by Darwin and Daniela, as well as an emotional farewell message.

“Life is very fragile, we are very sorry for your departure from this world so soon, Daniela, may God receive you in his glory, we accompany you in your pain, Darwin, and all his family, prompt resignation!”, Wrote Ana Patricia Gámez in this publication that to date is close to reaching 40 thousand likes.

Several celebrities expressed their condolences upon learning of this sad news, including Karina Banda, Alejandra Espinoza, Veneno Sandoval, Karla Monroig and Aleyda Ortiz. “So young, how sad, may he rest in peace,” wrote actress and former beauty queen Greidys Gil.

They join the pain of Ana Patricia Gámez

In the social networks of Enamorándonos, a program that Ana Patricia Gámez was part of until just a few weeks ago, the sensitive death of Daniela was also reported, who along with Daniel, were the second official wedding couple of this show.

What did the former participant of Falling in love die of?

According to Chamonic, the former participant of Falling in love would have died as a result of cardiac arrest. Daniela, who was about to turn 30 years old, went yesterday to a consultation at a dermatological clinic in Zacatecas accompanied by her husband.

“At the end of the consultation, the patient and her relatives boarded her car, parked in Sierra Pinos, in Bosques del Prado Sur, and requested help because the patient Daniela had seizures. Dr. Eduardo David Poletti assisted him with cardiopulmonary resuscitation maneuvers for 25 minutes, ruling sudden death at 3:30 pm ”.

With more than 34 thousand followers and 670 publications on her Instagram account, Daniela, a former participant of Enamorándonos, a program in which Ana Patricia Gámez achieved great popularity, uploaded a photo from Cerro de la Bufa, in Zacatecas, of her “México cute and dear ”.

Precisely in her stories, she appears with her husband, Darwin, in what appears to be the waiting room of the dermatological clinic where she went yesterday and where she would lose her life as a result of an apparent cardiac arrest. Rest in peace.

After a fight against cancer for more than five years, the father of the model Ana Patricia Gámez died in the middle of last year in the middle of the coronavirus pandemic, but now the former host of the Enamorándonos program confesses that her children ‘found’ her his deceased dad.

According to information from People en español, it was this weekend that little Giulietta and Gael told their mother what she would never have imagined after they went out to dinner at a family restaurant. Also present was her husband, Luis Carlos Martínez.

A surprise for Ana Patricia Gámez

The former host of Enamorándonos shared that it was her daughter Giulietta who suddenly asked her about her grandfather, Juan Gámez, to which the television presenter was surprised, since at the time she explained what had happened with her father.

“Mom, Mom, where is my grandfather? Ah, look, I already found it. It is behind you. There, it is, in that star… ”, Ana recalled that that was what her little girl told her. His son Gael also noticed his presence. Through tears, Ana said that it was a very nice moment, but sad at the same time.

On several occasions, Ana Patricia Gámez has shared on her social networks her feelings after the death of her father, even when she gave the news of his death, she shared a moving video, so her followers did not hesitate to show her support.

And about how she explained this fact to her children, the winner of Nuestra Belleza Latina 2010 recalled that, in the case of Giulietta, she told her that her grandfather “will always be the brightest star in the sky”: “Every time As night falls, Giulietta looks for her grandfather ”.

It was on June 28 that the Mexican model and driver, on her father’s first death anniversary, decided to share a couple of photographs of the last resting place of Juan Francisco Gámez López, born on March 17, 1953.

“It was 1 year after his departure. You have seen me share beautiful memories with my father, today on his first death anniversary I share his last resting place “, he wrote, immediately receiving messages of support from his followers and several celebrities, including La Veneno Sandoval, Chef Yisus, Lourdes Stephen and Karina Banda.

A few days after sharing what is her father’s last resting place, Ana Patricia dedicated an emotional message to him on the occasion of Father’s Day, which is celebrated in Mexico on the third Sunday in June. Also, he uploaded a picture with him at a tourist destination.

“My dad is the most beautiful star that shines in the sky. Today in his day I can only remember him, I can not hug him, or give him a gift. I do not want to remember his last father’s day alive because he was not having a good time, I have so many beautiful moments with him and I keep that, because my old man was a great father! ”.

He has his father’s birthday very much in mind

With what the former host of the program Falling in love mentioned, about her father “being the most beautiful star that shines in the sky”, what her daughter told her just a few days ago that she had ‘found’ her grandfather in the sky has greater significance. heaven.

On March 17, he remembered this on the occasion of his birthday: “Happy birthday to heaven, my old man! He celebrated your life, don Juan, my moments with you, I smile at you, I cry, I remember you, I honor you. I hug you in my thoughts I long for you in my dreams (TO WATCH THE VIDEO CLICK HERE).