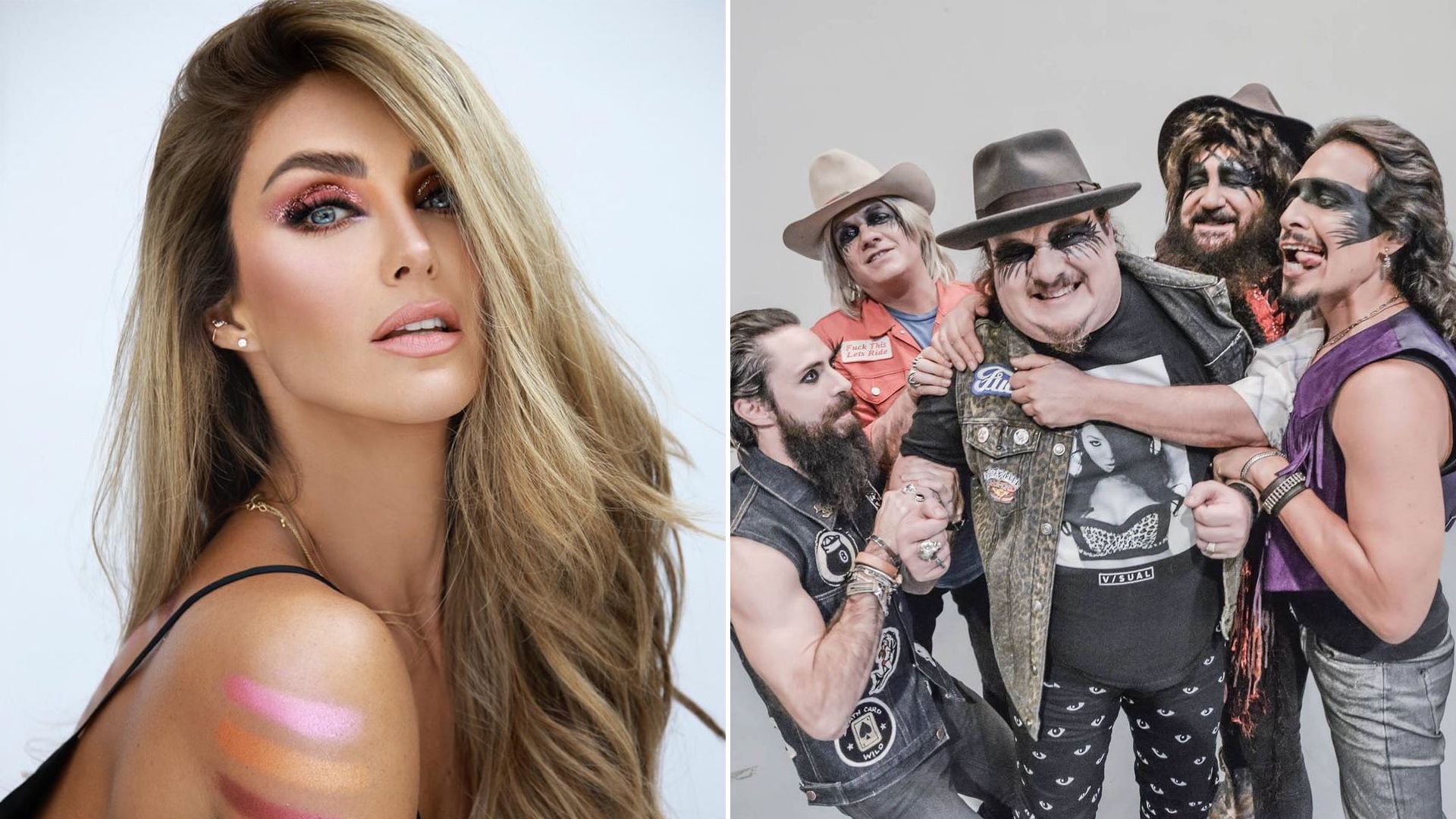 After many recent rumors and interactions on his Twitter accounts, Anahi made it official that he will return to music as a soloist, but this time it will be in conjunction with the rock-pop band Moderatto. The actress also published in all her social networks the official cover of the single, which would be the main one of the band’s new album and which will be “full of covers of the greatest hits of RBD“; Our love It was the chosen song, it doesn’t have a release date yet.

“I am very excited to share this surprise with my friends from Moderatto. #Our love #ModerattoRBD“Wrote the interpreter of My delirium attaching the cover of the single where she and the members of the band are shown in cartoon form. For his part, Moderatto wrote: “ARMY It’s official! Pending for this explosive collaboration, you can pre-save the song from now on, #ModerattoRBD #NuestroAmor # Anahí”.

At the beginning of November, one of the members of the band responsible for classics like I already saw it coming, Burning with love or If my crime is to rock announced the big news:

“In a month or so, I think, it comes out what we are doing with RBD themes. The record company proposed the idea to us because next year Netflix release the remake of ‘Rebelde’ on that platform so this will be a lot of fun to do. They are going to like it, ”he explained. Iñaki Vazquez to Millennium.

The guitarist of the band expressed that none of this they do for money, after last year they had decided to take time so that all its members could continue with personal projects; now Iñaki Vázquez shared that everything is due to the great admiration of the pop band and for the fun that it gives them to perform face-to-face concerts, since due to copyright issues most of the profits will not come directly to them or even Anahí herself.

“We do it for the fun of it, as we are not the songwriters, it does not generate any money for us, speaking of rights, but it will generate in concerts. It’s more for fun and admiration of the pop band“Concluded the legendary guitarist.

In recent days the official account of the band responded to a series of tweets that Anahí shared, where they began to hint at the collaboration, a situation that made thousands of fans of the pop singer praise the band for making the RBD vocalist return to the music and this time as a soloist.

“Hey Moderatto, they already told me … What a little guard they had for them!”, Wrote Anahí to what Brayan amadeus or also known as Jay de la Cueva, lead singer of the rock band, replied: “Dear Annie! Why don’t you drop in to the studio and I’ll talk to you more? XOXO Brayan A ”. The interpreter of Save me He finished “I’m going there, what a thrill.”

This is not the first time that Anahí collaborates with Moderatto, on January 1, 2011, it was released Click a promotional single for a series of Mtv which was in collaboration with the vocalist of Moderatto and Ale Sergi, vocalist of Miranda!. At that time the song was extremely pop, so the followers of the rock band did not receive it very well, but the fans of Rebelde México did. Now the fans of both Mexican bands show joy for the new collaboration:

“Since they mentioned that there would be RBD rock version songs, I was very excited”, “It was logical that if they were going to do something of RBD the first one that had to be there was Anahí”, “I am very pleased that Anahí returns to music as a soloist“,” Many of us prefer the solo Any than with RBD, “wrote users of social networks.

Anahí reacted to a follower who got her name tattooed

Manuel Velasco refused to prevent Anahí from returning to music