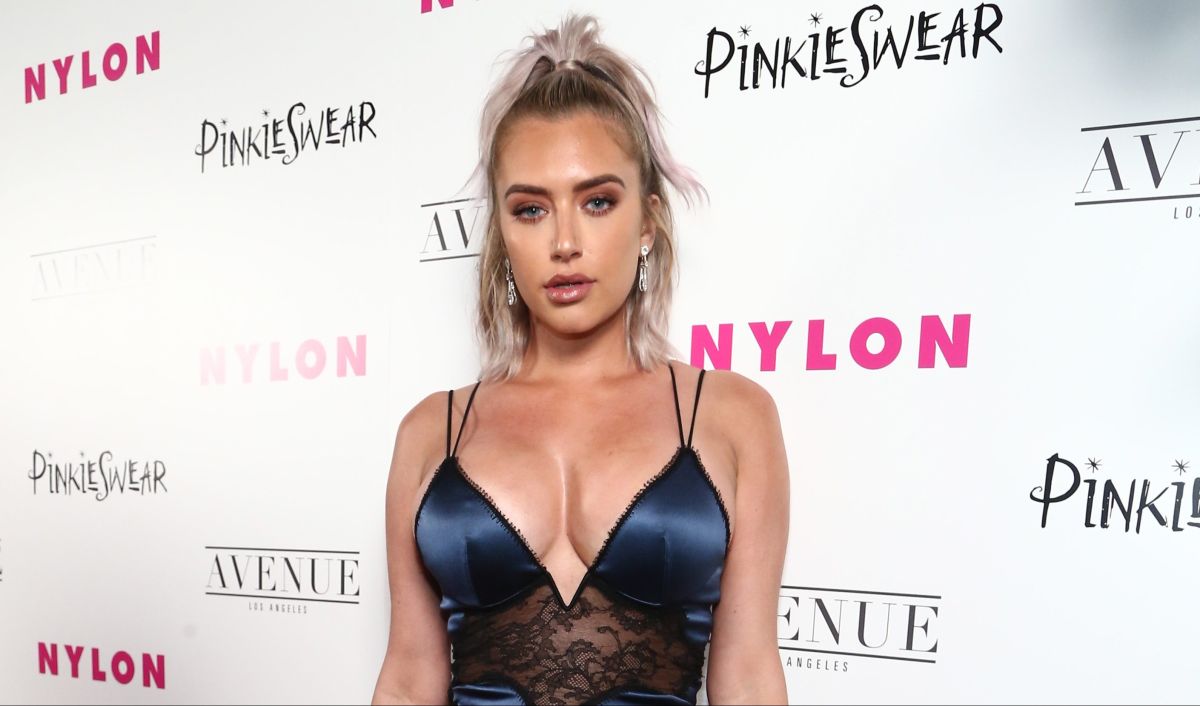 The childhood friend of the influencer and businesswoman Kylie jenner, Anastasia Karanikolaou, has decided to follow in the footsteps of his bestie and impress your fans with the stunning ensemble what did he use to attend an event where he left more than one with their mouths open.

Through her Instagram account, the 23-year-old showed off her heart attack body with her millions of followers by publishing a carousel of images with which she gave a “taste” of what was her celebration at the beginning of the year.

Wrapped in a tiny dress in neutral colors, whose element of surprise was the pronounced neckline with lace appliqués, Anastasia Karanikolaou made it more than clear that this 2022 will not leave room for ‘what will they say’ or comparisons with her billionaire friend.

In addition to the dress, Internet users did not hesitate to talk about her makeup and hairstyle, which highlighted her features and deep blue eyes: “What a beautiful woman”, “Happy 2022, you go with everything”, “Living your best life”, “Precious”, are some of the comments that are read under his publication.

By including the occasional photograph with some of your friends, several users questioned the absence of their best friend Kylie Jenner. However, others were quick to speculate that the absence is due to her advanced stage of pregnancy.

Recall that a few weeks ago it became known through various news portals that the billionaire and her partner, rapper Travis Scott, have decided to stay home until the birth of their second child together.

“Kylie Jenner and Travis Scott are very relaxed and comfortable at home (from which they will not leave), finalizing the preparations for the arrival of their baby. Travis has been especially considerate of Kylie Jenner in these months of pregnancy, supporting her in everything she needed and enjoying her company as the family that they are, ”explained a source close to the couple.