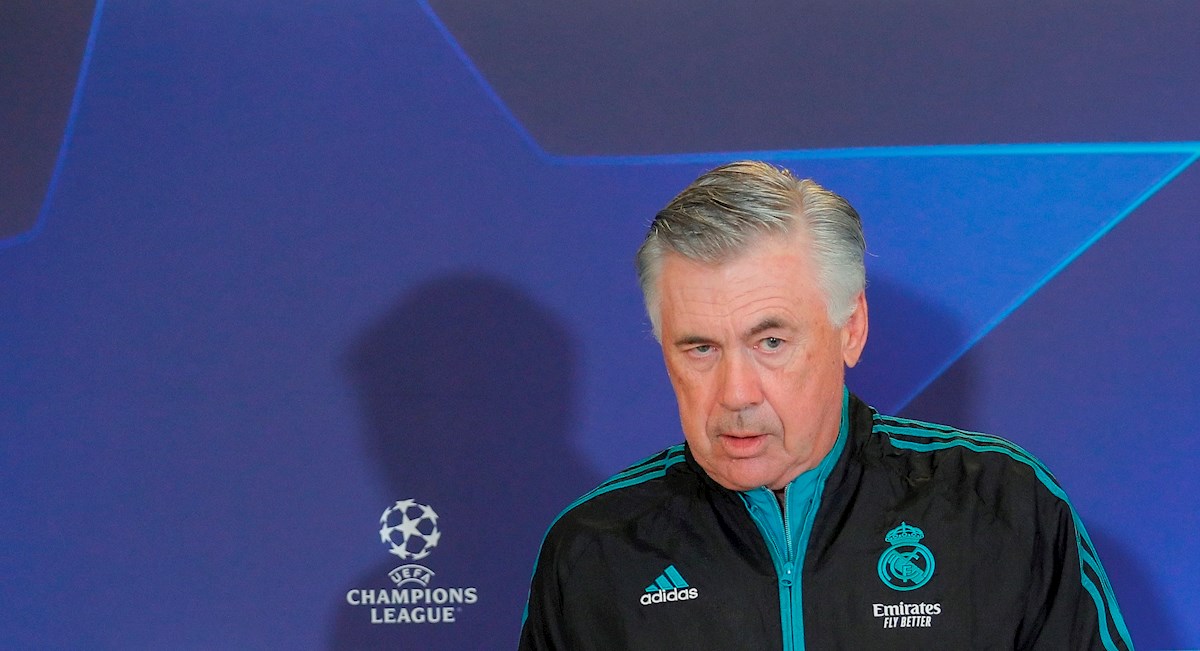 With Dani Carvajal and Eden Hazard recently recovered from their injuries, without the adequate rhythm of competition to be starters in a duel of the intensity of the classic, Carlo Ancelotti’s doubt for the Camp Nou goes through keeping Rodrygo and choosing between the power of Fede Valverde or the experience of Luka modric.

Ancelotti was tied tactically in public at 4-3-3 as the best system due to the profile of his players. The image against Espanyol at the RCDE Stadium on the day its system changed – Real Madrid’s second consecutive defeat of the season – buried the option of bringing together four midfielders.

The defeat of the reaction, in Kiev against Shakhtar (0-5), confirmed the tactical thinking of the Italian coach and left him in a complex position when choosing for the Camp Nou. The level exhibited by the Brazilian Rodrygo should assure him the third place of an offensive trident in which Vinicius and Karim Benzema, despite the blow that has prevented him from training for two days, are assured of his presence.

“The player who plays a game like this is difficult to change,” Ancelotti said about Rodrygo. And that tactical decision shapes the only doubt to be resolved by the Madrid coach, who gave Nacho Fernández rest in ‘Champions’ so that he can face the marking of Ansu Fati as a right-back with freshness, once defensive stability has been recovered with the return of Ferland Mendy on the left and the end of the tests that caused problems.

The midfield legend in recent Madrid history, made up of Brazilian Casemiro, German Toni Kroos and Croatian Luka Modric, met for the first time in the Champions League on Tuesday. They all glowed. It was a symphony, but a point to be taken into account by Ancelotti is the age and the difference with which Barcelona is presented, with Sergio Busquets at the helm as a reference but two young men guarding him like De Jong and Gavi who ensure physical freshness. Give options to Fede Valverde.

The Uruguayan was a fixture so far this season, with Kroos’ pubalgia, his importance grew in Madrid’s midfield and lost his title in Kiev due to accumulated fatigue from the matches with his team and the long journey.

“This team has to play 4-3-3, there is no other way. Later, there are games that you can use a winger that is not pure, but for this squad it is the best system and to which they are more accustomed ”, Ancelotti sentenced.

In that loophole at an extreme that is not pure, the option would enter Rodrygo and bet on Fede Valverde without putting any of the old guard on the bench. Everything indicates that if the second consecutive substitution of the Uruguayan does not take place and he enters as a novelty to increase the muscle in the ‘fight’ in the center of the field, Luka Modric would be the victim.

Ancelotti, who never won at the Camp Nou as a coach and lost in the two visits he made to Real Madrid, has one day to finish adjusting his proposal. The state of Jordi Alba and the option of attacking that band with a pure winger is a factor to take into account. The tactic has been worked on this week with more intensity than in the past in the Valdebebas sports city.

Read also:
– Europe is paralyzed: schedules and how to see the four European classics in the US
– FC Barcelona revealed the impressive mosaic that will unfold against Real Madrid [Foto]