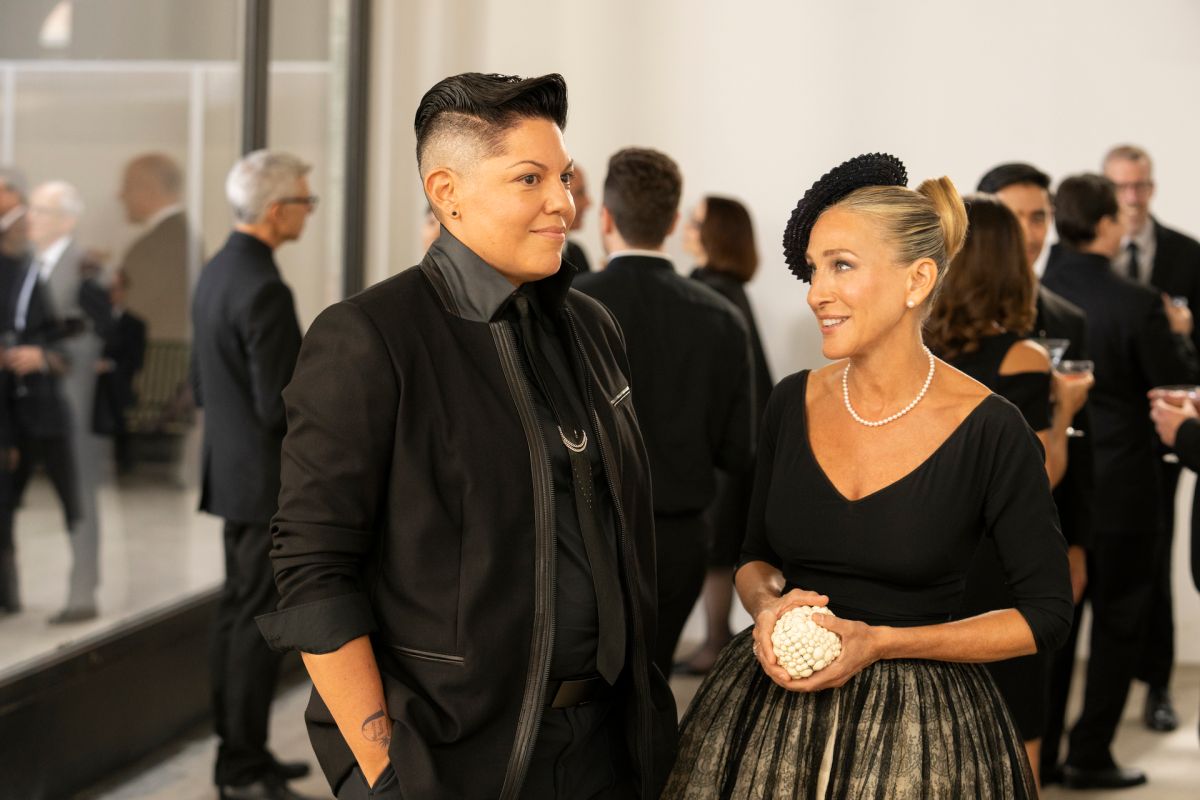 The sequel to the hit series “Sex and the city“, Which had millions of followers in the world, has reached television as”And Just Like That”Betting on greater diversity, and among its new characters is the first non-binary Latino, a character that embodies Sara Ramirez.

The public has seen the return of the friends Sarah Jessica Parker, Cynthia nixon Y Kristen davis –Kim cattrall He did not accept to return – now in his fifties, 17 years after the last episode of the series, and among the bets of the director and screenwriter Michael Patrick King is the character of Che Díaz, played by Ramírez.

Diaz is a non-binary stand-up comedian who hosts a podcast, in which Carrie Bradshaw (Jessica Parker) is a recurring guest.

Ramírez, who comes to the series after her successful performance in “Grey’s Anatomy” in which for ten years she was the LGBTQ doctor Callie Torres, and who in her personal life identifies as non-binary, told Efe during a conversation with various media that “it is very exciting” to bring this character to life.

She recalled that screenwriter King made it clear that if she didn’t accept the role, the character “was going to go in a completely different direction.”

“It was going to be a collaborative process from the beginning, and I appreciate it.“Said Ramírez, born in Mexico and raised and who has also acted in theater and cinema.

As King has pointed out, Che was born after wondering what Carrie Bradshaw, a character who set guidelines, would do on this return to the screen and decided that she would be in a podcast, but not under her charge, to prevent her from “having everything under control.” .

“I said to myself, if I can get Sara to play Che and make this as specific as possible, then it will be exciting and genuine.King has also said.

“And Just Like That” began airing on HBO Max on December 9, with the expectation of satisfying its nostalgic fans, in ten half-hour episodes.

Ramírez, a fan of “Sex and The City” who always dreamed of being in the series, has claimed to have been “nervous” during the first meeting with her colleagues from the series.

He also stressed to Efe that his new character “is very open to recognizing who he is and sharing and using his life as material for his stand-up comedy.”

“He is someone who is not afraid to tell his own experiences, and observe what happens around him. For me it was very exciting to play a very confident characterWhose it is, he stated.

“He is someone who I believe interrupts the dominant type of narrative, who reminds us that gender, sex and race are constructions; someone very aware of these things, who has strong opinions and is not afraid to share them“Said the also well-known activist of the LGBTQ community.

For Ramírez, who was born in Mazatlán, Sinaloa, to a Mexican father and an Irish mother, Che Díaz is a character who does not seek the approval of anyone, “he is not here to represent the entire LGBTQ community or Spanish speakers, but to be himself “, he claimed.

This television production triumphed among audiences and critics, won three Golden Globes and an Emmy for best musical or comedy series, and made Sarah Jessica Parker a world star.