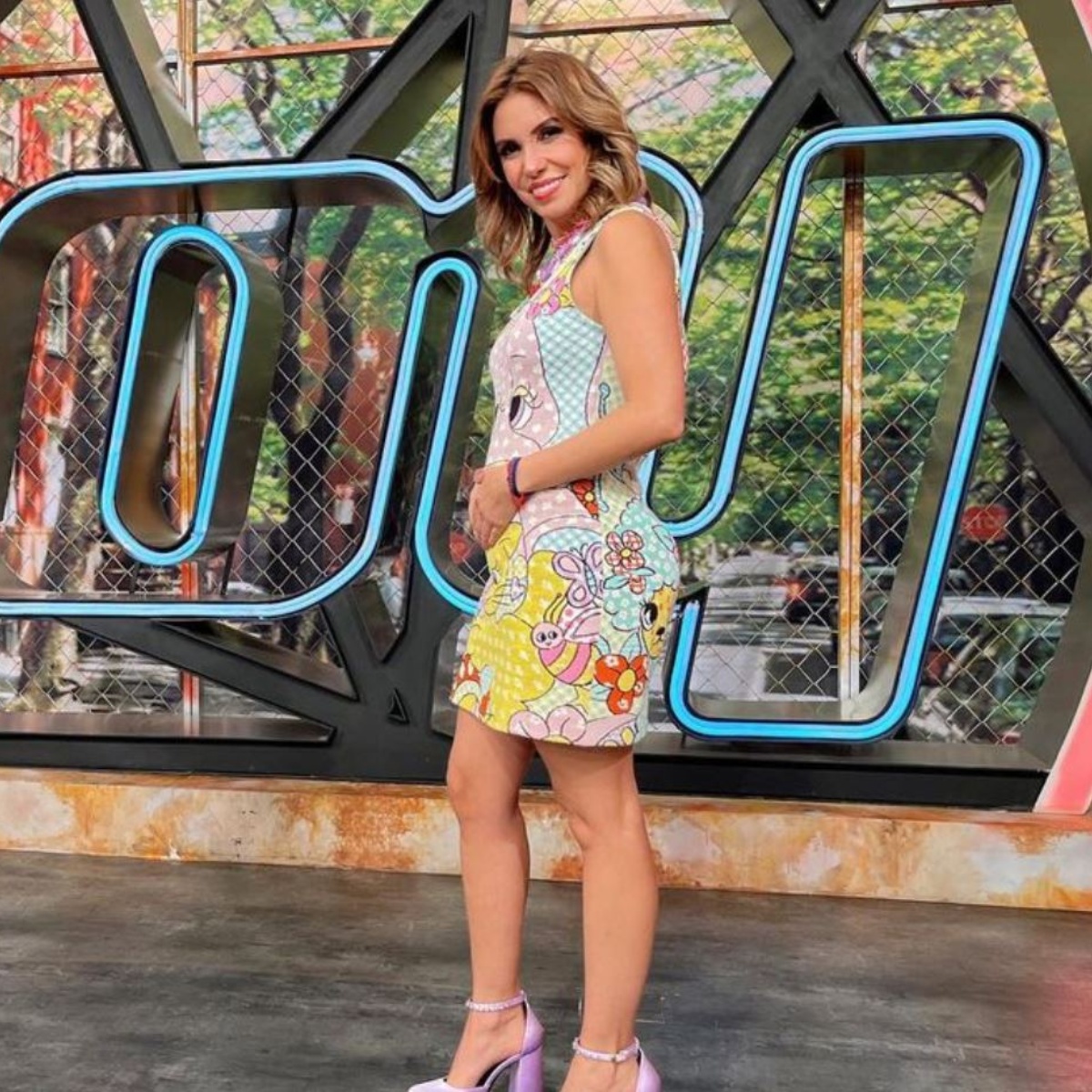 Andrea Escalona announced live that she is pregnant, leaving her classmates on the verge of tears at such a moving moment.

The host of the morning said she was happy and in love with living this new stage in her life, where her deceased mother is always present.

When the pregnancy of the host of “Hoy” was confirmed, the audience on social networks sent their most sincere congratulations, but the question also arose as to who the father of the baby was.

Andrea Escalona confirms in “Hoy” that she is pregnant

During the live broadcast of “Programa Hoy”, the beautiful host put together a dynamic surprise to reveal that she is expecting her first baby.

“I’m pregnant!” The driver shouted with emotion before the astonished look of Paul Stanley and Tania Rincón.

“I’m 13 weeks old, everything is fine… It’s been something super nice that I still can’t believe it, but there it is… I’m pregnant! Here is the chulito … I present to you the chulito, “she said in a video, and then showed her baby for the first time, unleashing emotion in the forum of ‘Hoy.

At the moment the driver will continue on the air enjoying this new stagewhich he describes as the best moment of his life.

Who is the father?

Little is known about Andy Escalona’s boyfriend. However, on one occasion the driver revealed that he is a man from the middle class.

His name is Marco, and during the ultrasound capsule where he presents his ultrasound, it can be seen. However, it is not known for sure what he does. Only Andrea Escalona will know how to present her partner to the media.

Meanwhile, she will spend her days taking care of her pregnancy, which she indicated she will reveal all the details about in “Hoy”.