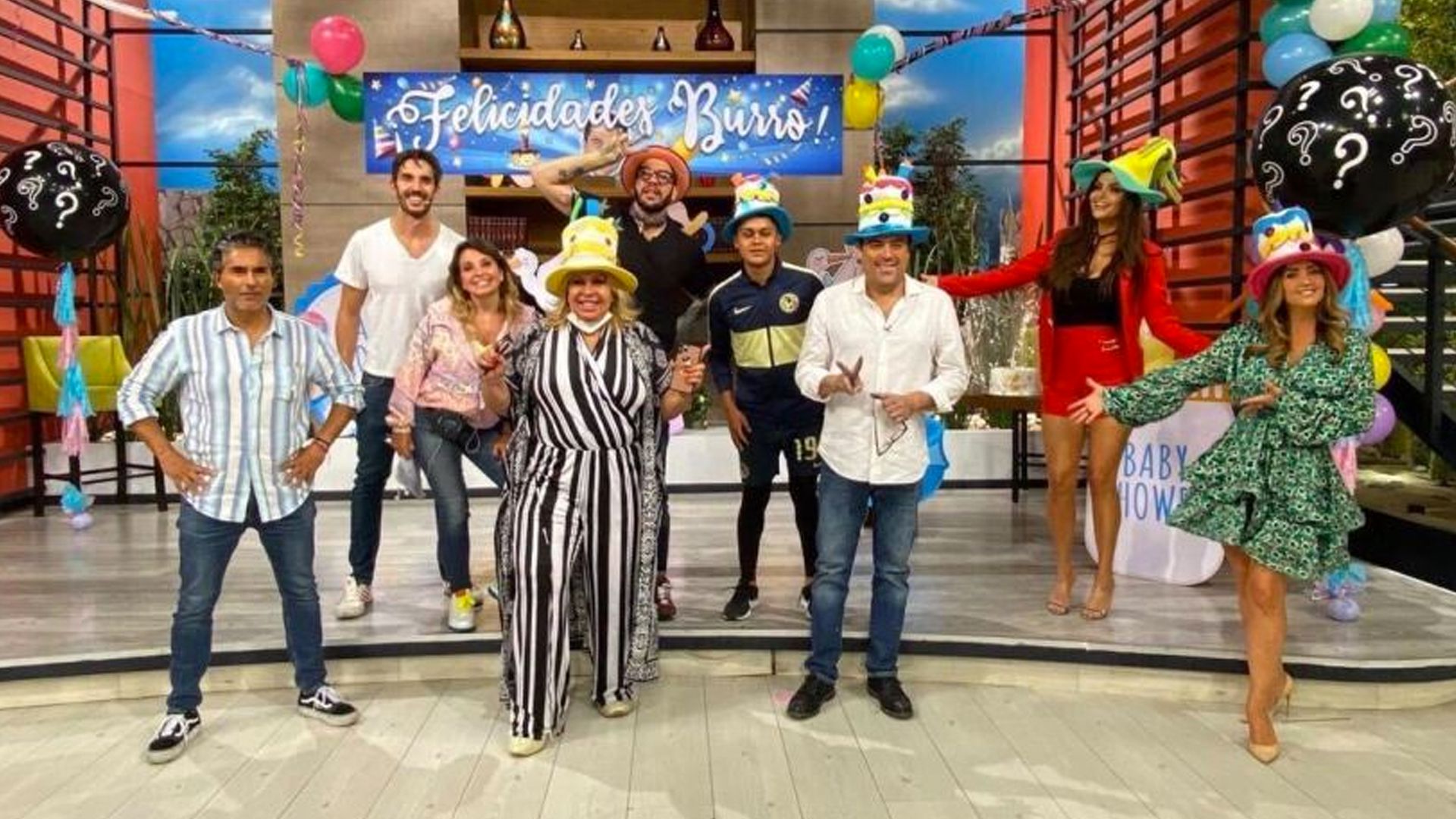 Yesterday the late producer, Magda Rodríguez received from the “Bravo Awards ”, a posthumous recognition for his career and for the best entertainment program in Mexico, the morning of Televisa, Today.

Both recognitions were received by his daughter and one of the morning drivers, Andrea Escalona: “Oh yes, because of the program Today, to Magda. I think she continues the legacy, everything she did and see until later we continue to collect recognitions. As a result of his work, of his effort, everything he has left us, a family in Today“Magda’s daughter concluded for the cameras of her program.

On the other hand, her sister Andrea Rodríguez, commented that she really liked going to receive awards: “She always loved going to the Bravo Awards, always because it is also one of those awards that there are almost no more,” her sister replied.

Andrea Escalona presented the awards won to the conductors of Today, who were very moved by the recognition of their former producer.

Yesterday Escalona shared an emotional message on Instagram for his mother: “Mommy to heaven. congratulations for your prize… We need you and why not tell you, “said the young driver.

Likewise, in the comments box, signs of affection were added by his production colleagues: “DESERVED !! Kisses and applause to heaven Magdita !!! Here your Andreitas are doing INCREDIBLE !! Love for 3! ”, Said Andrea Legarreta.

Other personalities who joined the show of affection for posthumous recognition were Laura Bozzo and Maribel Guardia: “Congratulations, what an honor it was to meet you, one of those people who leave you light,” said the protagonist of What a mother so father; and the former host of Laura in America commented: “Congratulations my beloved Magda to heaven.”

It was recently one year since the death of the producer on November 1 and on October 21 the former producer would have reached 58 years of age, which is why her daughter dedicated a message to her: ““I love you. Happy birthday, Magda Rodríguez. You are and will always be the most important thing “, he asserted in a message that managed to get various interactions.

Magda Rodríguez became one of the most recognized production companies for her extensive career in Mexican television.

Magda Rodríguez worked as a producer for the morning show Hoy, where she arrived in March 2018. Recently, it was announced that she would be leading the program for a new season, and that this time, she would face the challenge of renewing the team and the concept of the Televisa show, hosted by Andrea Legarreta, Galilea Montijo and Raúl Araiza.

In the Mexican chain, Rodríguez also highlighted when directing this year Warriors 2020, which achieved record audiences, and Laura Uncensored, a space in which Laura Bozzo tells real stories, such as cases of family violence, missing children, physical abuse, or infidelity. Magda came to work on all three shows at the same time.

Before his signing for Televisa, stood out thanks to the success it reaped in Aztec TV, as a producer of Falling in love where he worked from October 2016 to December 2017. On that television station he also led other spaces, such as “With a woman seal”.

Daughter of the actors Malena Doria and Jorge del Campo, and granddaughter of the renowned interpreter Ada Carrasco, who belonged to the Golden age of Mexican cinema, Magda Rodríguez grew up in a family with a great tradition in Mexican television.

Magda Rodríguez died: producer of television programs such as “Hoy” and “Enamorándonos”