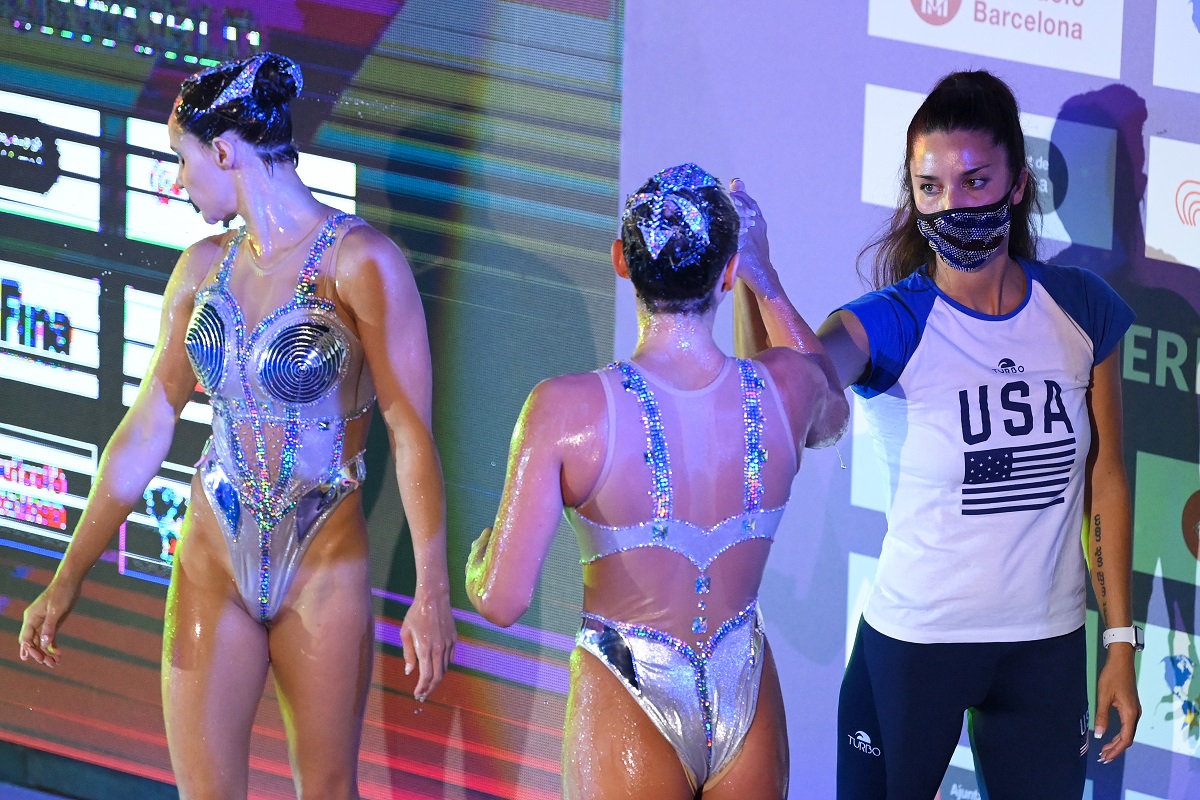 “At that time I didn’t think, I just told myself you have to get there as fast as you can, get her to the surface and make her breathe”Andrea Fuentes explained in EFE statements, after rescuing the American Anita Álvarez from the pool on Wednesday at the World Swimming Championships in Budapest.

His quick reaction scared the moments of tension that were experienced in the pool of the Alfred Hajos complex, when Álvarez fainted in the water during the artistic swimming free solo final.

“I just told myself you have to act. The only thing he thought about was, first, getting to her. Then I said to myself, okay, now take her out, and once out of her make her breathe. I did not think of anything else, simply to solve that situation, “said Fuentes, who did not hesitate to jump into the pool first to rescue his pupil.

He acted faster than the lifeguards

In fact, Andrea Fuentes was the first to reach the swimmer to the initial bewilderment of the lifeguards, who finally helped the Spanish trainer to get Anita Álvarez out of the water.

“Now that I think about it, it’s normal, because they -in reference to the lifeguards- don’t know this sport as much as I do and they don’t swim as fast as me either, so it’s normal that they didn’t react as fast. That’s why I jumped in, because I saw that they weren’t going and I told myself I can’t wait a second longer,” Fuentes said.

But the role of Andrea Fuentes, who has led the American artistic swimming team since 2018, did not end in the water, since the Spaniard actively contributed to making her pupil regain consciousness once out of the pool.

“I tried to wake her up in every way, with screams, with slaps and then with the medical team we did a maneuver that consists of squeezing the nail of the little finger very hard, because it is a point that activates the adrenaline and that is how she woke up suddenly. and started screaming Aah, you’re hurting me!. Then I thought. Ok, she is already her ”Source told EFE.

In fact, as Fuentes herself assured, the American swimmer is now well and eager to compete with the rest of her teammates tomorrow, Friday, in the group final.

“The truth is that she is very well, although it may not seem like it, she is perfect, she has slept all morning and wants to swim tomorrow. The doctors have done all the tests and say that she is fine, but it is something that we still have to assess, “said Fuentes.

While Andrea Fuentes and the rest of the US team’s coaching staff decide whether or not Anita Álvarez will finally compete this Friday in the group final, the Spanish coach tries to return her swimmers’ routine to normal.

“As soon as she woke up she was angry because she thought why had it happened to her, but Anita is such a positive person, that now we see the photos and laugh. We are trying to take the iron out of the matter,” Fuentes explained to Agencia EFE.

In this sense, the Spanish coach recalled what happened in 2008 at the Beijing Olympics when the Japanese Hiromi Kobayashi fainted in the pool when she was performing in the group final.

“Our sport is very hard and sometimes these things happen, it already happened with a Japanese swimmer at the Beijing Games in the group final, what happens is that here it was more spectacular because Anita was alone in the pool”, explained the coach Spanish.

An Andrea Fuentes, winner of multiple medals, including three silvers and a bronze at the Olympic Games in Beijing and London, who, once the initial scare is over, wants to focus on competition again.

“Once the scare is over, we are in the mode of going back to work. This morning the team has already competed and has done very well and this afternoon we have the final of the duo. We have to move on”, concluded Andrea Fuentes.

You might be interested in:
– Wanda Nara blew up the nets by showing her tanned buttocks during her summer vacation [Video]
– Floyd Mayweather in financial trouble?: “He is bankrupt, he spent it on the girls so that they are close to him” [Video]
– Lionel Messi plays with his children during his vacations and makes a ‘tunnel’ to one of them mercilessly [Video]