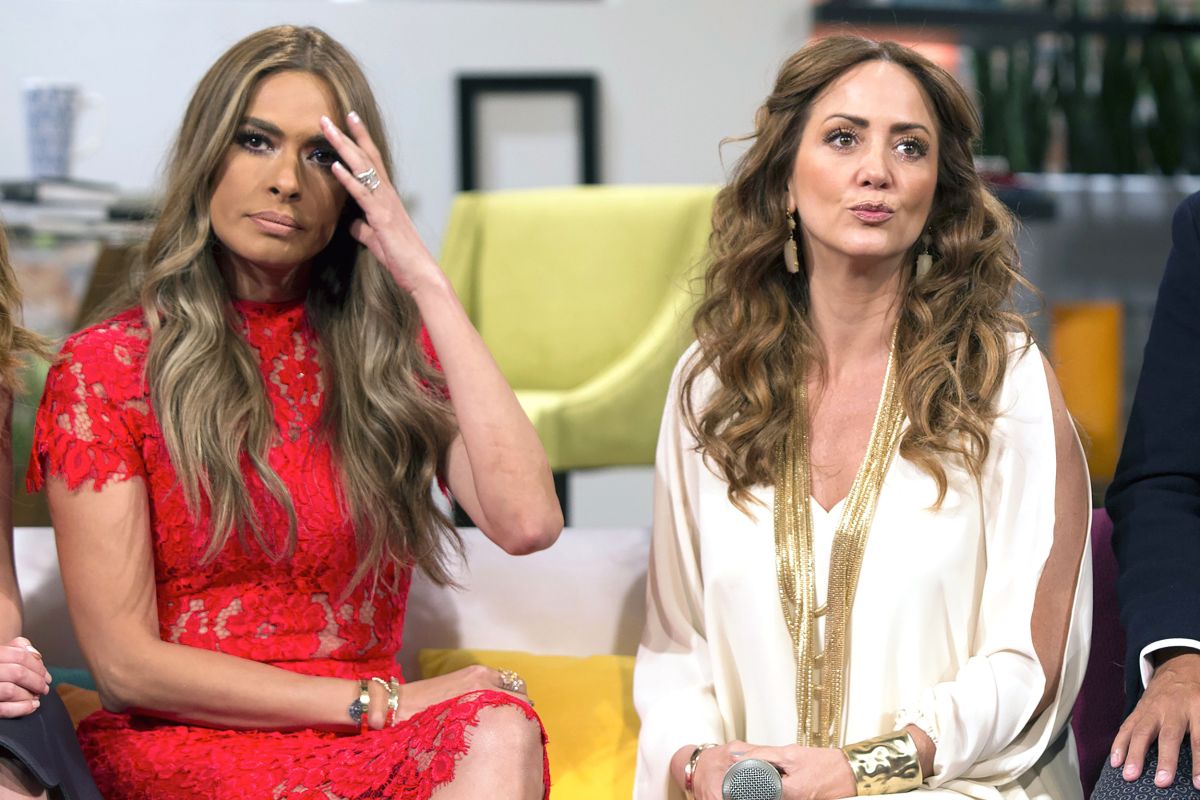 Andrea Legarreta and Galilea Montijo They are two of the most beloved conductors of television in Mexico, but also controversial figures who have given something to talk about at different stages of their artistic career, but even more since they share a screen in the mornings within the program ‘Hoy’, where Rumors have arisen that there is a clear rivalry between them.

However, it was during an interview with the journalist Mara Patricia Castañeda, where Erik Rubín’s wife broke the silence about the close friendship relationship she maintains with her Televisa morning companion, where she confesses that there have been some differences , which have been able to solve.

“We have lived many things, we have spent moments, very few, complicated by rose, but in the end I used my reason more and then my heart. We both realize that we both add up, that we make a good dumbbell. We have accompanied each other in hard times of the life of each one and we also we have laughed a lot, we have enjoyed, cried and learned a lot togetherLegarreta shared.

Where he also stressed that, despite their differences, they respect each other and a friendship has emerged.

“We love each other for who we are and despite what we are because, in the end, our life history, personalities and tastes may be different and yet there is a lot of mutual respect, gratitude, complicity.”

And he remembered that it was because of his proposal that Galilea came to host the morning show.

“Coincidentally Gali entered at the beginning of ‘Hoy’; He was a little bit with Angelica Vale, Arath de la Torre on the weekends. Later Laura Flores was going to make a novel, then I was the one who told him Romagnoli: ‘It would be great if Gali was going to come in instead of Laurita,’ and it was like thatHe explained.

Likewise, the actress was surprised to reveal that she has resigned from the ‘Hoy’ program on a couple of occasions because she did not feel: “Yes, I quit a couple of times because I did not feel happy and it is also fine, it is not like holding on , but they gave me reasons not to. Over the years you realize that where you are going to be, you must be fine, if not, better not ”.