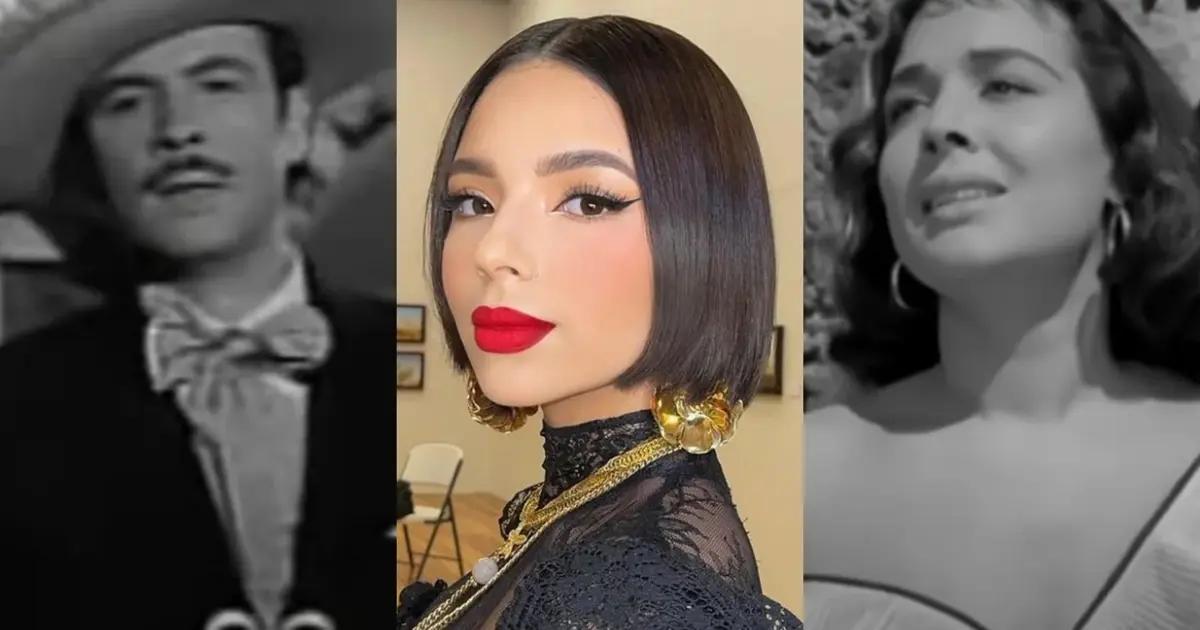 At only 19 years old, Ángela Aguilar is considered the Regional Mexican singer with the greatest presence today. In addition to Grupo Firme, Carin León, Christian Nodal, and Chiquis Rivera, she has managed to stand out with songs such as “En Realidad,” “Ahí Donde Me Ven,” and “Se Disfrazó,” to mention a few.

Her discipline and constant work have led her to perform in the most important venues in Mexico and the United States; true to her style, she has been recognized in Premios Lo Nuestro and Premios Juventud. She has also won the public’s affection for performing everything from ranchero classics to new songs in collaboration with Mexican stars such as Belinda’s ex-fiancé and Yuridia.

But that’s not all. She recently took a turn in her career and debuted as a model for Rihanna’s lingerie line, Savage X Fenty. The member of the Aguilar dynasty participated in a fashion show, which since November 9 has been made available on Prime Video, where she appeared wearing a black and purple bicolor outfit with transparent gloves.

All these successes added to her presentations with Jaripeo Sin Fronteras and as a soloist keep her among the first places in all music platforms, but soon she could surprise her millions of fans with a new project off stage that she is supposedly already working on, according to to show business influencer, Pablo Chagra.

Ángela Aguilar is currently filming a series to be released next year. This would be her debut as an actress.

The TikToker did not share more information but assured that the project will premiere in 2023 and mark a milestone in the singer’s artistic career, as it will be her debut as an actress. So far, neither Ángela Aguilar nor her father, Pepe Aguilar, have confirmed the information, but it is expected that they will soon surprise with congratulations.

If the information published by Pablo Chagra on his Twitter account is true, the young performer would be following in the footsteps of her paternal grandparents, Antonio Aguilar and Flor Silvestre, who, during their artistic career, worked as actors in iconic films of the Golden Age of National Cinema where, in addition to playing characters, they delighted the audience with their songs.