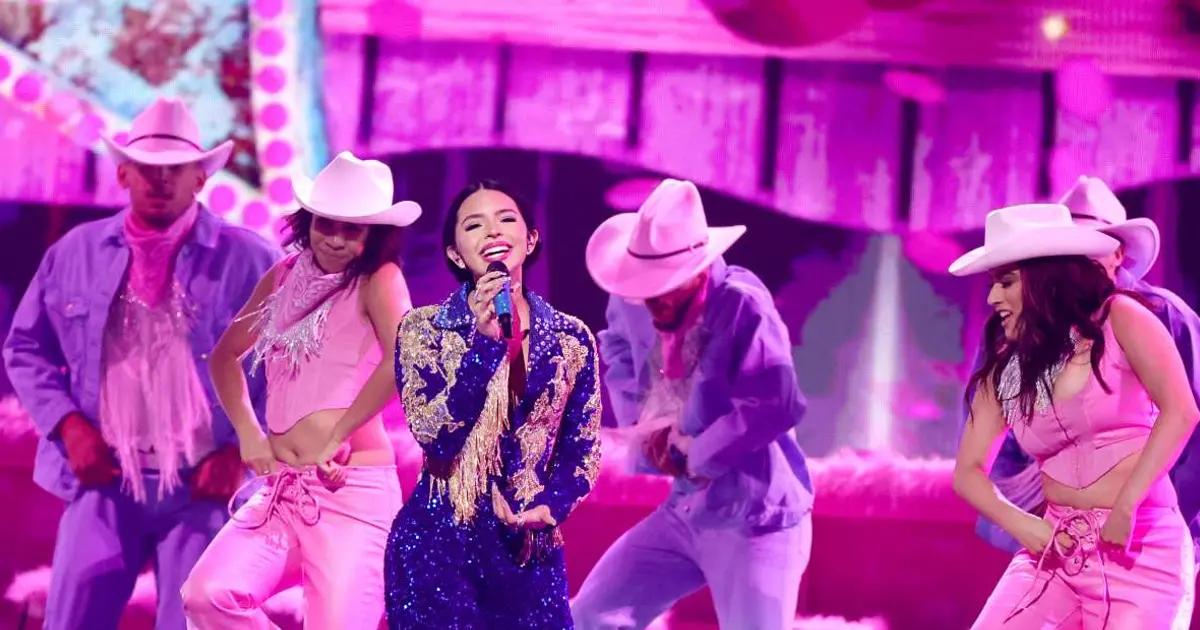 The 19-year-old singer Ángela Aguilar has managed to captivate a large audience, not only with her talent but also with her beauty and style that her fans have characterized as “elegant.” For this reason, in recent weeks, she has not missed the opportunity to show herself with daring outfits that, on some occasions, have left many with little to the imagination.

On this occasion, Ángela decided to wear a tight-fitting black one-piece, while highlighting her slender figure. She also performed a fun and sensual dance while she was being filmed. However, what caught the most attention was to see the opening that had at the height of her breasts, because it was quite pronounced.

At the same time, the singer of ‘Ahí Donde Me Ven’ did not miss the opportunity to show off to her more than nine million followers on the social network Instagram all the jewelry she was wearing, a fact for which she was also criticized, and one of them explained that they see her as a completely “superficial” person.

At the same time, the comments were not long in coming, as many internet users took the opportunity to congratulate her for the talent that identifies her to date, and many reminded her of how much they love her songs.

However, others expressed that they wanted to see the youngest of the Aguilar dynasty with a change of look. On several occasions, the users of the mentioned platform have told her that they would like to see another style beyond the one she has been accustomed to for some time.

“Beautiful, young, fine and elegant,” “Beauty,” “I would like to see Angelita with a different look in her hair.”, “The girl transformed into a woman, and what a woman! Congrats”, “Undoubtedly the finest and most well-educated woman in Mexico, she will always be very much loved.”, “The most elegant, the most diva, the most beautiful,” “It was not this year, but next year will be better,” “I liked your songs, and you are very pretty,” “Hello, I would like with your long hair,” “You are a very beautiful woman,” “I think this girl is so superficial, how sad,” were some of the expressions that were registered in the mentioned post.