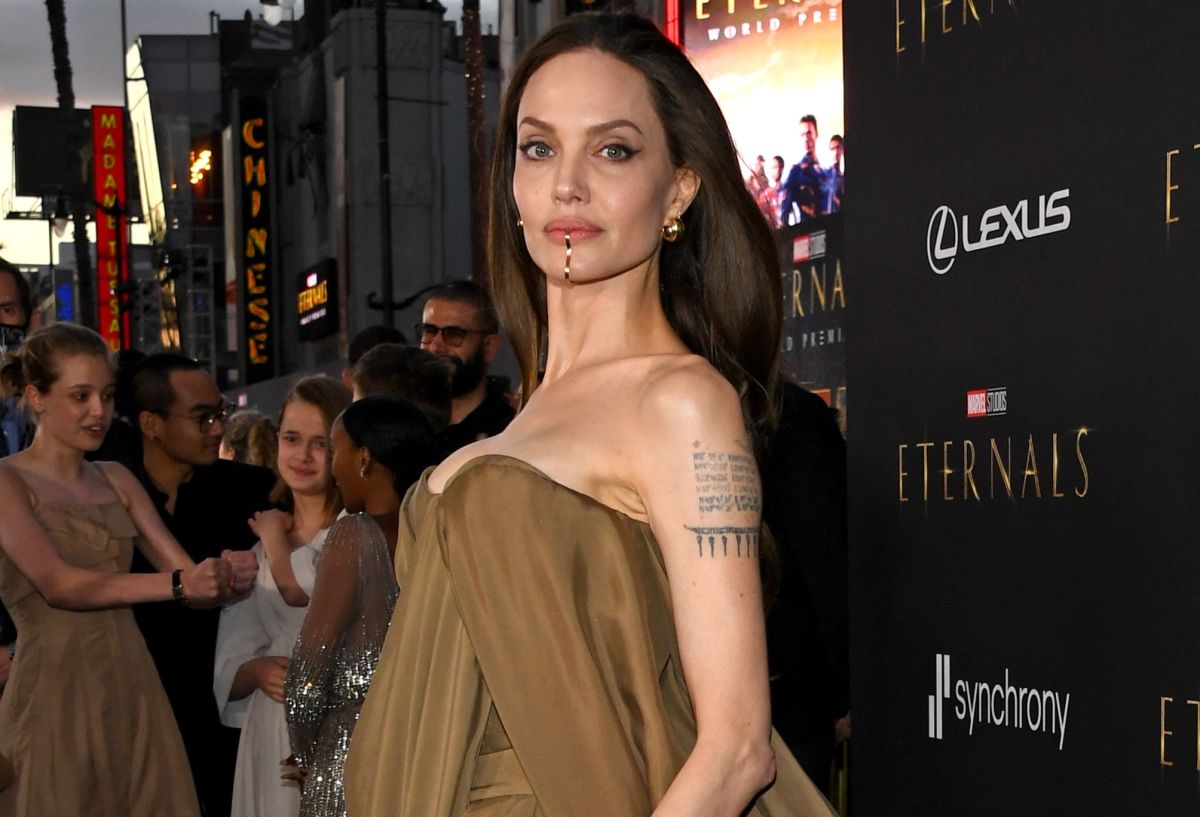 This Monday Angelina Jolie was accompanied with five of her six children at the premiere of the latest film of Marvel “Eternals”, with which she returns to the action genre that made her a star thanks to the character of Lara Croft almost two decades ago.

The actress posed very proudly with her family on the red carpet that had been unfolded for the occasion at the Dolby Theater in Hollywood, and in the end they ended up giving her much of the spotlight. Each of them became the center of attention for different reasons: Maddox, 20, and Knox, 13, for the modern outfits they wore for the occasion – which gave a twist to the traditional tuxedos and suits. that the attendees usually wear in this type of events-, and their sisters Shiloh and Vivienne, aged 15 and 13 respectively, for the dresses in shades nude that were matched with his mother’s.

However, it was 16-year-old Zahara who shone the brightest in the group, thanks to an evening design with gold and silver applications of Elie saab, which his famous mother wore to attend the awards ceremony Oscar in 2014 accompanied by her at that time still husband Brad Pitt. Since then, the two have separated and continue to be involved in a legal battle in the context of their divorce in which they have faced custody of their children.

The great absentee of the evening was Pax, the second of six siblings, who is only known to have graduated from a prestigious Los Angeles college last summer. It is not clear if the young man will decide to move abroad following in the footsteps of Maddox, who studies in South Korea, although in recent months he returned to the United States due to the coronavirus pandemic. Of course, Pax does not seem to feel comfortable under the spotlight of media attention because he did not even attend his graduation ceremony, so as not to supposedly turn it into a media circus with the presence of his family.

-Angelina Jolie and The Weeknd repeat restaurant for their second date

-Angelina Jolie breaks a new record with her Instagram debut