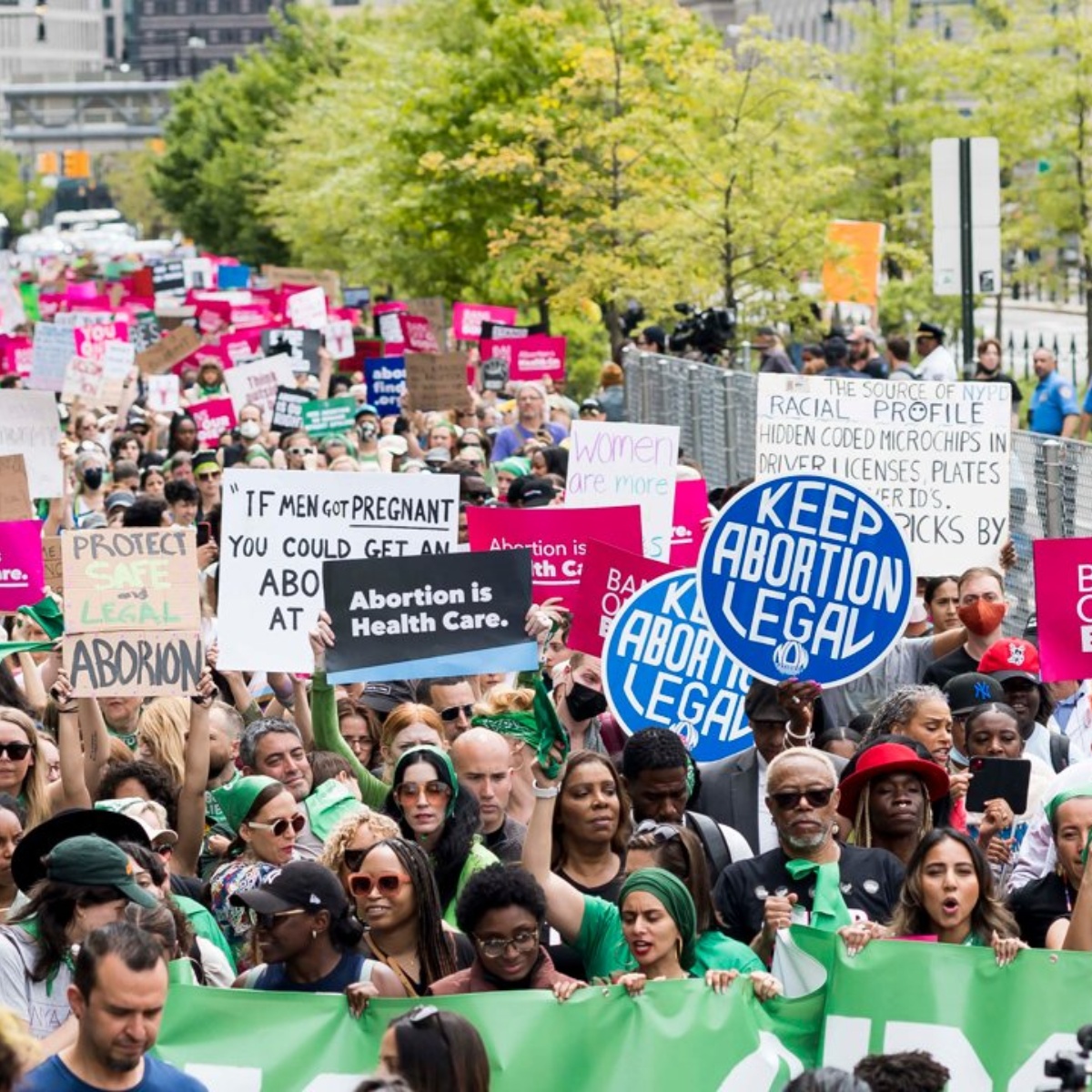 In AmericanPost.News we announced the U.S. Supreme Court ruling against abortion rightsa situation that provoked many reactions and unleashed the anger of hundreds of people in the country and who decided to take to the streets to protest with banners supporting their cause.

According to EFE, hundreds of people arrived at the headquarters of the highest judicial body in the northern country and there, many more dissidents joined to show their anger and emphasize that in their opinion, the interruption of pregnancies will continue, although with no certainty. in health.

Even the UN condemned this decision by the US authorities and assured that it is “a severe blow to the human rights of women.”

Negative reactions to the abortion ban

Hundreds of policemen shielded the court building with double rows of fences with the aim of preventing the passage of the protesters and in that sense, avoiding any type of confrontation, but the protesters arrived chanting slogans such as “it is an illegitimate decision”.

Likewise, they distributed stickers and peñuelos with the same messages as the posters, and thus, more people joined the cause, which has unleashed international opinions and feminist organizations that regret the fact.

“I live in reality, although abortion is illegal, abortions will not stop. And when women are desperate they do barbarities with themselves.

Let us remember that the right to abortion in the United States was in force since 1973, and it was a historic decision that allowed women to decide whether or not to continue with their pregnancy for more than 50 years.

It may interest you: Vatican praises the decision of the US Supreme Court after annulling abortion

What is the abortion?

It is the procedure where a woman decides to interrupt her pregnancy and there are several methods to do so. Unfortunately, others are forced to abort her for health reasons for both her and the baby.

The issue of abortion has caused many mixed reactions, as thousands of women struggle to show that it is a right.