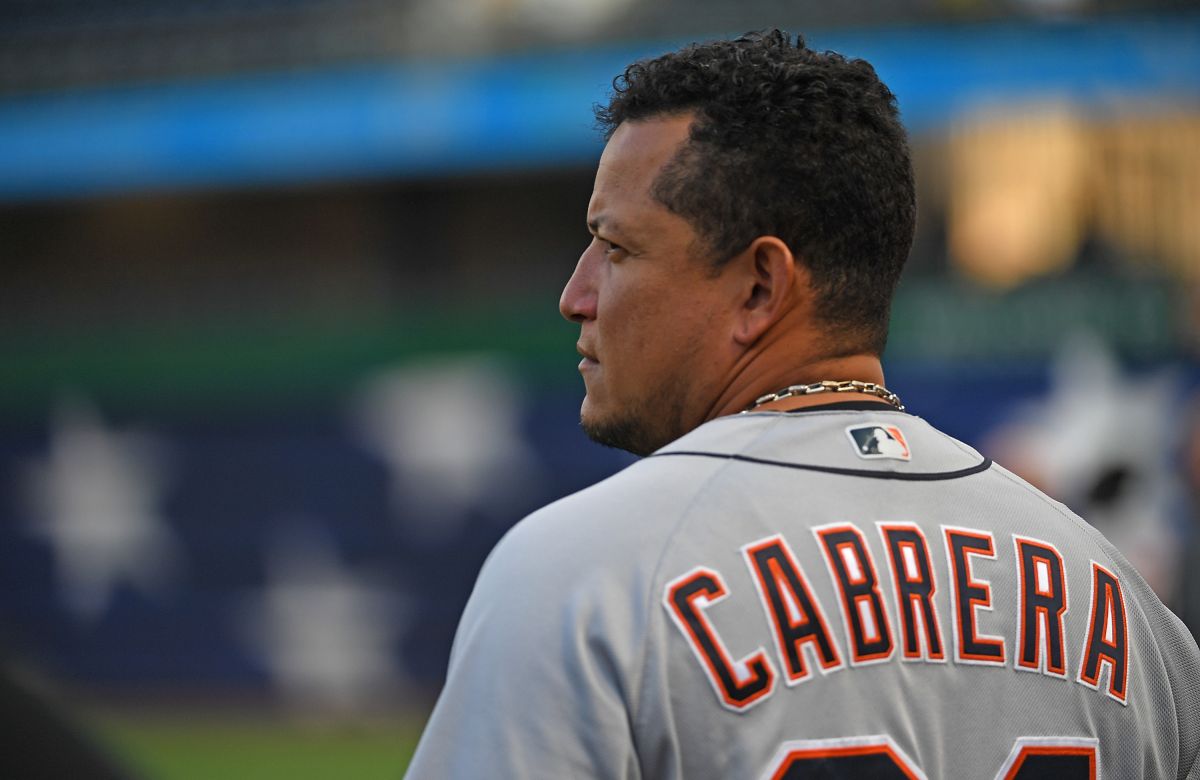 The Venezuelan player of the Detroit Tigers, Miguel Cabrera, has managed to match his compatriot Omar vizquel in a curious mark.

In this Monday’s game against the Pittsburgh Pirates, Miggy was not placed in the match lineup, but saw participation as a pinch runner.

Miguel Cabrera (Detroit) comes out of pinch-hitter in the sixth inning and hits a sacrifice fly to CF his # 94 equaling Omar Vizquel, Chili Davis, Ron Santo and Jim Rice (51st) and drives his career # 1,792 remaining 20 off Frank Robinson (21st) of the MLB.

At the top of the sixth inning when the match scoreboard indicated 2-2 Cabrera received the at-bat and hit a deep hit to center field that drove in a run, and put Detroit up on the board 3-2.

With that Cabrera hit reached Vizquez with the mark of 94 sacrifice fly’s in the majors.

What’s more also launched his career number 1792, breathing down his neck to Frank Robinson’s record, who has only 20 too many.

Video: Chucky Lozano sent a message of solidarity after the strong earthquake that shook Mexico

Points taken from Nice after impasse between Marseille fans and players