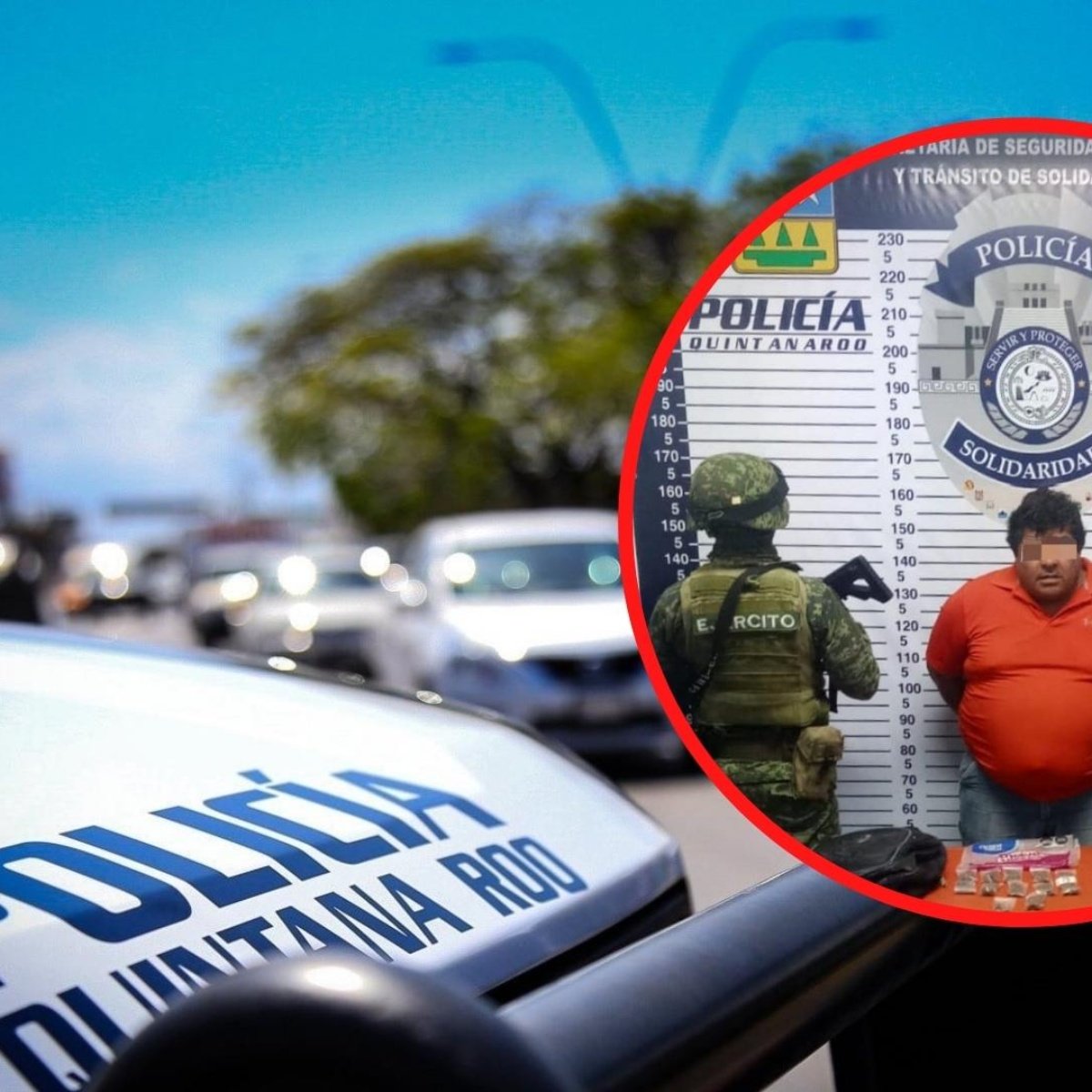 Everything seems to indicate that the drug dealers in Quintana Roo they have opted for a new modality to try to cross drugs in the different destinations of the entity, because in less than a week, authorities of the three levels of government have detected and detained around four people inside foreign buses in the security filter Tulum – Playa del Carmen.

This day was no exception, as the Municipal Secretariat of Public Security of Solidarity reported the arrest of another subject inside these buses, who was identified as Eduardo “N”, 49 years old, originally from the state of Veracruz, who intended to enter the municipality as a passenger.

When the officers were in the inspection, they noticed that the canine specialized in the detection of narcotics adopted an alert attitude pointing to a backpack that the now detainee had in his possession, fortunately, the alleged culprit did not try to escape, so it was not necessary the use of firearms.

During the operation, the officers found inside the backpack 12 bags with a green vegetable similar to marijuana, 7 bags with a crystalline substance with the characteristics of the drug called crystal, 3 bags with a granulated substance similar to drug known as stone and 5 bags with white powder apparently cocaine.

Given these facts, the uniformed officers secured Eduardo and made him available to the Specialized Prosecutor’s Office for Crimes Against Health in its Narcomenudeo Modality for the corresponding procedures, as well as to determine the legal situation of the alleged culprit.

It is worth mentioning that members of the Quintana Roo Police participate in these proceedings, as well as personnel from the Ministry of National Defense, SEDENA, and these operations are to detect this type of crime, as well as try to stop crime and drug distribution, inside and outside Solidaridad, Playa del Carmen.