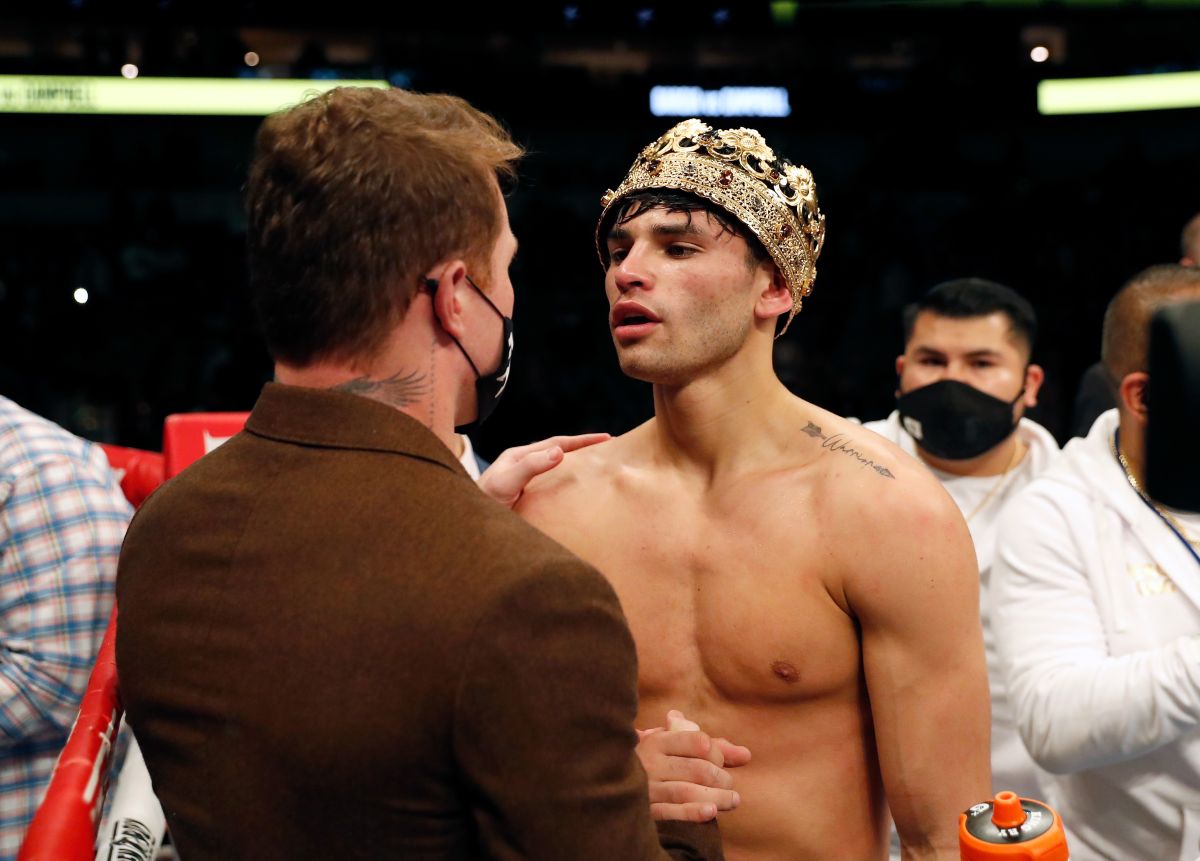 Between the problematic relationship that currently has Ryan Garcia with his ex-partner Saul “Canelo” Alvarez keep giving what to talk about.

Now it is Garcia who He has given a jap to “Canelo” in the middle of the fight for the trilogy against Gennady Golovkin.

This Wednesday Ryan García made an analysis of the fight between Álvarez and Golovkin, and gave a verdict that some called unexpected. “I will say that Golovkin”he stated in an interview with DAZN.

The strangest thing of all is that García says this just a few days after assuring that Canelo is a “legendary boxer”.

Perhaps García is not completely wrong, because if something is clear it is that Golovkin arrives in better shape than Canelo.

Mainly because Álvarez is affected by the defeat with Dmitry Bivoland the Kazakh arrives with a good winning streak.

The fight will take place on September, 17th on the same stage as the previous two, the T-Mobile Arena in Las Vegas, precisely the same place where Canelo lost against Bivol.

They took the fight to the mound: Canelo Álvarez and Gennady Golovkin threw the opening pitch in the Yankees vs. Athletics [Videos]

“My goal is to withdraw it”: Canelo Álvarez sends a strong message to Golovkin [Videos]