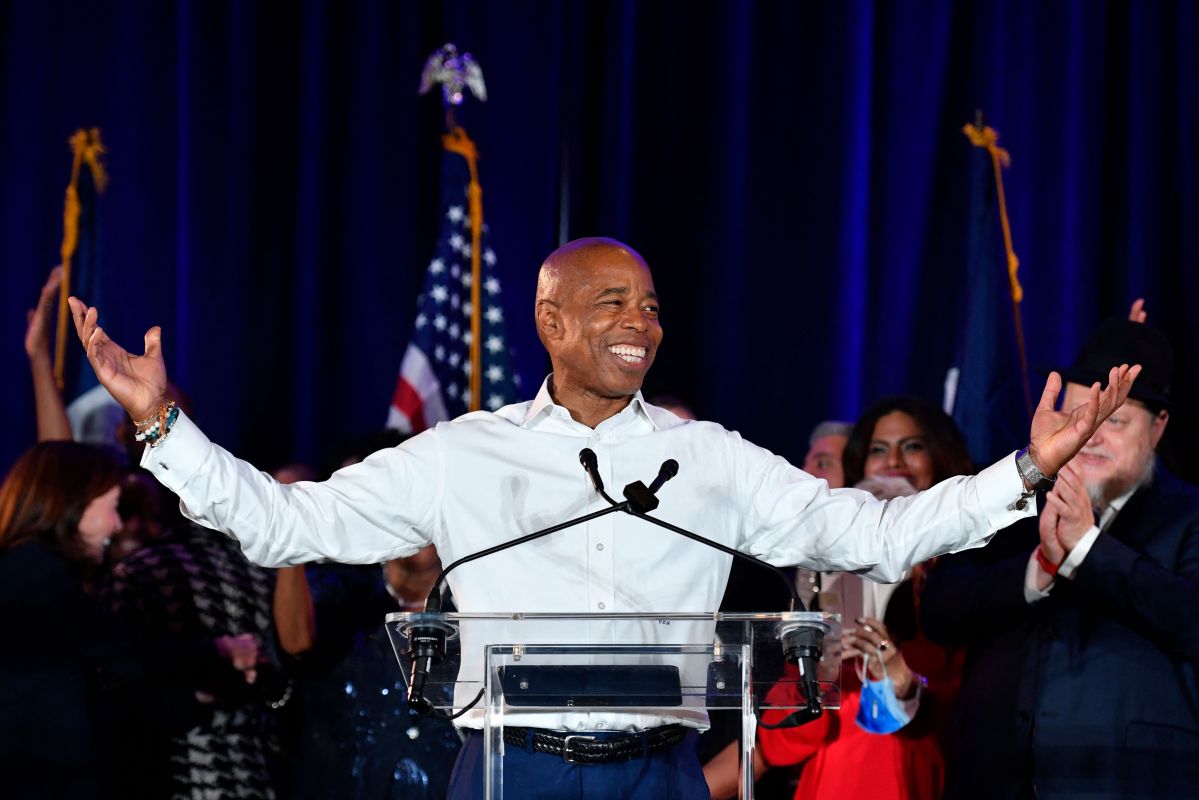 The inauguration event of Eric Adams as the new Mayor of New York City on January 1 will no longer take place as planned, due to the rise in COVID-19 infections due to the Omicron variant. And it is that this act, unlike what is traditionally done in the open air outside the city ​​hall building, it would be within the Historic ‘Kings Theater’ in Brooklyn.

The announcement of the postponement of the ceremony was made by Adams this Tuesday in a joint statement with the other two elected officials who would also take office in that event with him, Brad lander who will be the next municipal Comptroller and Jumaane Williams who was reelected as Ombudsman of the Big Apple.

“Dear New Yorkers, it is clear that our city faces a formidable opponent in the Omicron variant of COVID-19, and that the increase in cases presents a serious risk to public health. After consulting with health experts, we have decided that our joint opening ceremony will be postponed to a later date in order to prioritize the health of all who were planning to attend, cover and work on this important event, “they said in the statement. .

One of the main reasons why the ceremony was chosen in that place is because the three officials are originally from Brooklyn and i know whatI would highlight the importance that this county will have in the next administration.

All three thanked the Kings Theater “for their interest in hosting this exciting time in our city’s history, and all who have worked hard to plan this celebration. We look forward to meeting in person with our loved ones, colleagues and New Yorkers eager to honor this great democratic tradition and thank all those who have made it possible, at a safer time in the coming weeks. “

In the morning of this Tuesday, Adams had already doubted that the ceremony would take place as planned, saying at a press conference: “I don’t need an opening. I’m going to talk to Brad and Jumaane and tell them that it’s better for us to give up an opening because we don’t want to put people in a dangerous environment. “

Since Adams announced the plans for this ceremony, some criticism has arisen, not only for ‘breaking’ with the tradition of the outdoor event at the same government headquarters that he will lead from the first day of 2022, but also for being planned in a Enclosed area amid this rise in COVID19 cases, which can hold up to 3,000 people.

“Health and safety must come first. We encourage all New Yorkers to get vaccinated, boosted, and screened. That is our path to get out of this pandemic, and we will get out of it together, “the statement concluded.