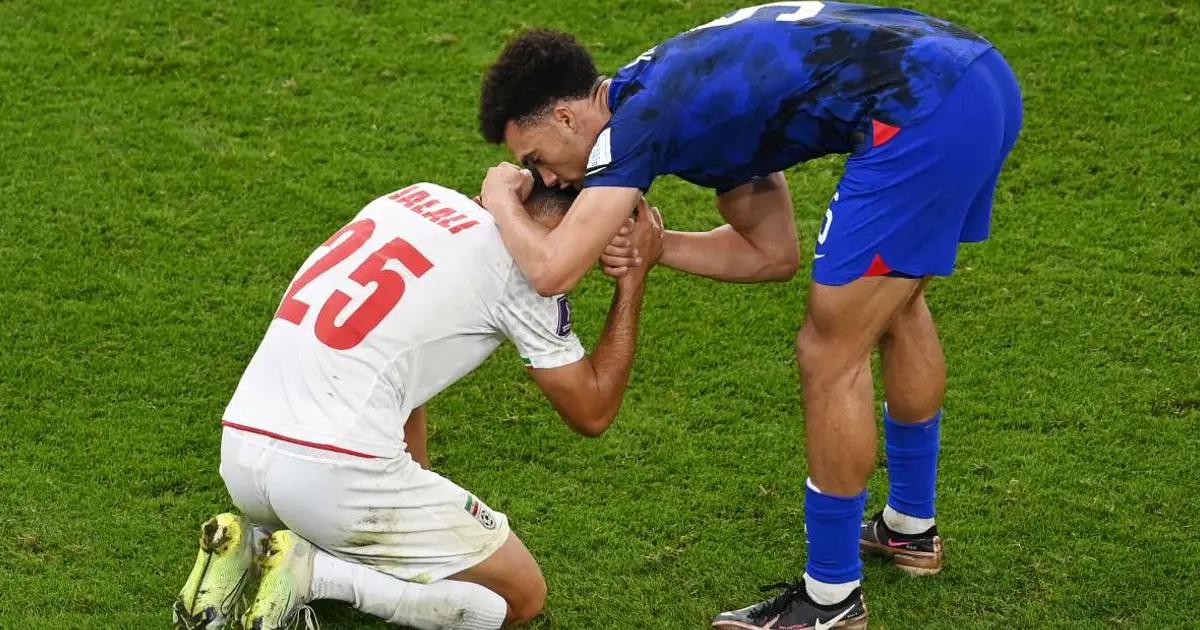 The United States beat Iran by the narrowest of margins to book their ticket to the next round of the Qatar 2022 World Cup. Amid the jubilation, defender Antonee Robinson could be seen crying emotionally in the locker room thanks to the achievement of the Stars and Stripes.

The video quickly went viral and was shown as one of the great moments of this World Cup that has been marked by special occasions and especially at the end of a match marked by a previous full of political comments that had nothing to do with soccer, a sport that in the end ended up triumphing over any external situation.

At the end of the game, Antonee Robinson approached Ramin Rezaeian, a player of the Iranian team, to console him, after the Asian player could not control his tears after the elimination of his team.

It should be noted that the Iranians were under pressure from threats from their country’s regime after refusing to sing the national anthem in the first game against England. It is said that in this situation, they were allegedly threatened with torture and physical abuse of their families.

In the end, the United States finished in second place behind England, while the Iranians were eliminated with three points and Gareth Bale’s Wales finished bottom with only one point.

The United States will face the Netherlands next Saturday in the round of 16 of the Qatar 2022 World Cup.