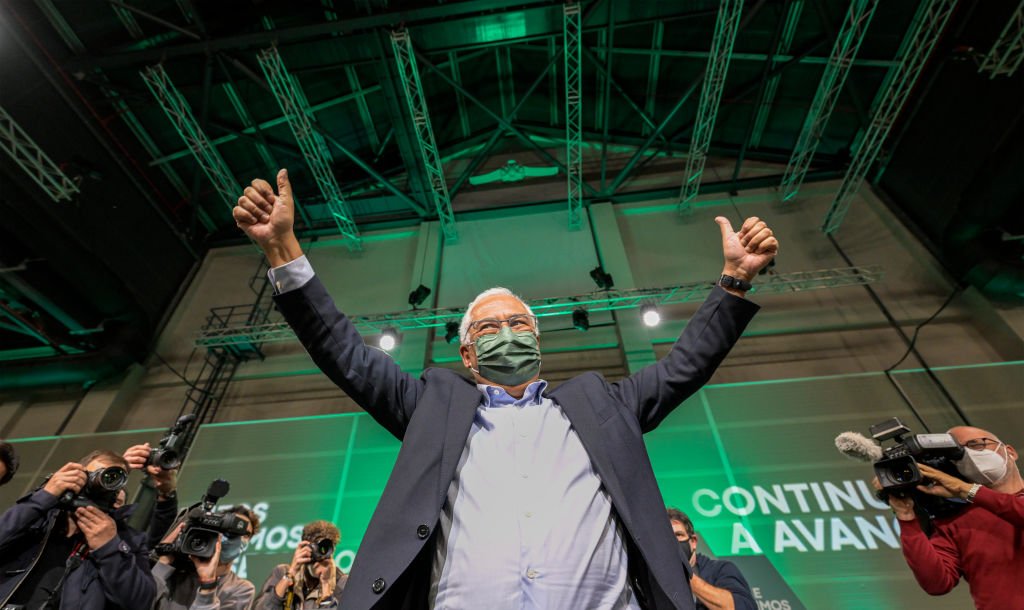 The Portuguese media have called him a “Duracell” politician, like the brand of batteries that, according to their advertising, “last, last and last”.

Antonio Costawith decades of experience in Portuguese politics, achieved a new milestone in his career, after achieving a historic absolute majority for the Portuguese Socialist Party (PS).

Described as “ingenious” and “relentless”, he defied all the polls that projected a tie between the left and the right, to give the Socialists a significant victory.

With about 42% of the votes, compared to 30% for the conservative Social Democratic Party (PSD), the result gives 117 seats to Costa’s party, which will govern with an absolute majority for the first time, after the minority governments that led after the 2015 and 2019 elections.

“A majority of dialogue”, promised the politician this Sunday. “The absolute majority is not an absolute power, it is not governing alone”, he affirmed.

“After six years as prime minister, after the last two years in an unprecedented fight against a pandemic, it is with great anticipation that I take on this responsibility,” he said.

The polls, in addition, predicted a historic drop in participation during elections that were advanced in the middle of the political course last 2021, after the parliament – ​​including his own leftist coalition – rejected the budget he presented.

However, the Portuguese went to the polls and even surpassed the voters of 2019, to revalidate their confidence in Costa.

Costa, 60, has held political office inside and outside the Iberian country since 1982.

He started just when he was 14 years old as a member of the Socialist Party, for which he put up posters in the streets.

His vision, some say, was inherited from his parents, the communist writer Orlando da Costa, who was originally from the former Portuguese colony of Goa (now India), and his mother, Maria Antónia Palla, a journalist and feminist activist.

In addition to Prime Minister, he has been a councilor, minister and vice-president of the European Parliament.

During the governments of Antonio Guterres (1995-2002) he directed the portfolios of Justice and Parliamentary Affairs. Meanwhile, in the government of José Sócrates he was Minister of Internal Administration.

He resigned after two years and successfully applied for the mayor of Lisbonwhich he regained for the Socialists in 2007. He was re-elected to the post in 2009 and 2013.

And, after this feat, he achieved an even greater one: thegeringonça.

In the 2015 general election, Costa finished second behind a center-right coalition that had overseen a harsh austerity program imposed by the European Union.

In a surprise move, he convinced two far-left parties — Communists and the Bloco de Esquerda — to support a minority socialist government, the first time such a thing had been attempted in Portugal. was the call geringonça or gibberish.

“It was a political novelty in Portugal,” André Freire, a specialist at the Lisbon University Institute, told BBC Mundo in 2017.

At that time the left was in trouble to form governments in Europe.

Many analysts at the time predicted that that government would last six months at most, but it completed its four-year term.

Portugal was dealing with the consequences of the harsh economic crisis that began in 2008.

In 2011, the country had had to request a $91 billion bailout the International Monetary Fund (IMF), the European Commission and the European Central Bank.

The agencies imposed harsh fiscal austerity conditions, which included the dismissal of public employees, salary cuts and a reduction in public benefits.

Although Portugal had freed itself from the international bailout in June 2014, the consequences were still palpable. The unemployment rate hovered around 12%, 20% of the population lived below the poverty line, and 485,000 Portuguese had emigrated from the country between 2011 and 2014.

The alliance promoted by Costa, began to reverse austerity measures, which accelerated the economic recovery. His strategy was praised by the IMF itself, an organization that highlighted his “commendable progress.”

“The policies implemented by the government of Antonio Costa went against the traditional recipe,” Freire explained at the time, referring to measures such as the increase in the minimum wage and the 35-hour weekly shift for public employees.

Then, Costa led his Socialists to victory in the next 2019 elections, although they did not reach an absolute majority and again governed as a minority with the support of their partners.

The breakup and the future

Under his mandate, Portugal registered its first budget surplus in 45 years of democracy in 2019, although since then the covid-19 pandemic has triggered the public deficit again.

Last year, the historic alliance of the left in Portugal was broken when the communists and the Bloco de Esquerda —in addition to the right— rejected Costa’s budget for 2022, which led to the call for early elections (They were scheduled for 2023).

“I have a clear conscience. I did everything, everything that was in my hands, ”Costa said before the disagreement.

Before Sunday’s election, he had promised to resign if his Socialists did not win, but also signaled his willingness to re-form alliances if he won without a majority.

Although, as he requested during his campaign, his intention was to achieve the result that against all odds he finally achieved, an absolute majority.

Not surprisingly, the conservative president of Portugal, Marcelo Rebelo de Sousa, who was Costa’s professor at the Faculty of Law of the University of Lisbon, said of him that he had a “chronic optimism and slightly irritating“.

According to Efe, before the weakening of his legislature, Costa had the intention of returning to Brussels once his term ended. But he recently said he “will not turn his back” on voters.

The socialist, however, rejected the only position he has left to occupy in his native Portugal: being president. In a recent interview he spoke about the subject: “No, I am certain that it is a position that I will never hold,” he said.

rememberto that you can receive notifications from BBC World. downloadto our app and activate them so you don’t miss our best content.