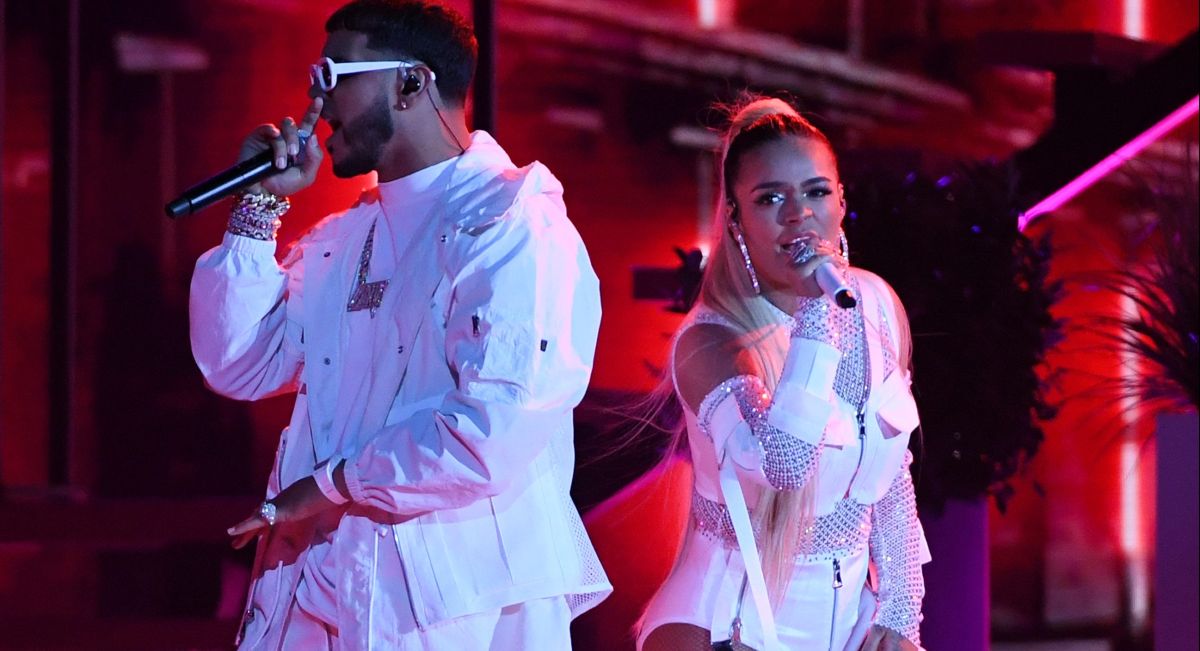 Karol G was for the second consecutive night in the Puerto Rico Coliseum José M. Agrelot. Tickets were sold out, and something happened on the stage that made the fans go crazy. Anuel AA showed up by surprise and sang with Karol G after a long time. The public did not stop asking for a kiss between the two.

While Karol G seemed already recovered from her spectacular fall, showing off a burning dental floss, her ex-boyfriend, the reggaeton player Anuel AA, showed up on the stage and sang with the “Bichota”. Of course, the fans of both “bebecitos” went crazy and they wanted to see more of the pair together.

“… Together, me and him, have grown a lot, we have learned a lot… We did a lot of things together, we had a lot of chimbas, we had a lot of things… We had never been able to talk, but I have said it many times in many songs: thank you… for all that we accomplished, for all that we did… I love you ...”, said Karol G with a broken voice while Anuel AA, steadily standing in front of her and watching her, and everyone present in the Puerto Rico Coliseum witnessed the moment.

Anuel AA responded by also saying what Karol G represents for him and they sealed that stage with a very affectionate hug from two people who loved each other very much, but transformed their love according to the needs of the great industry such as music, the urban genre.

On social media, everyone wonders if Karol G did not really know that Anuel AA would show up at the concert of her “Bichota Tour”, or if it was simply part of the show. When fans asked for a kiss, Karol G said no with a sign of her hand, but still she broke down talking about Anuel AA in front of him. Without a doubt, what these little “bebecitos” did on the stage was a very tender moment for many of the fans, and it will be impossible to forget that they were one of the most beloved couples in the music industry.