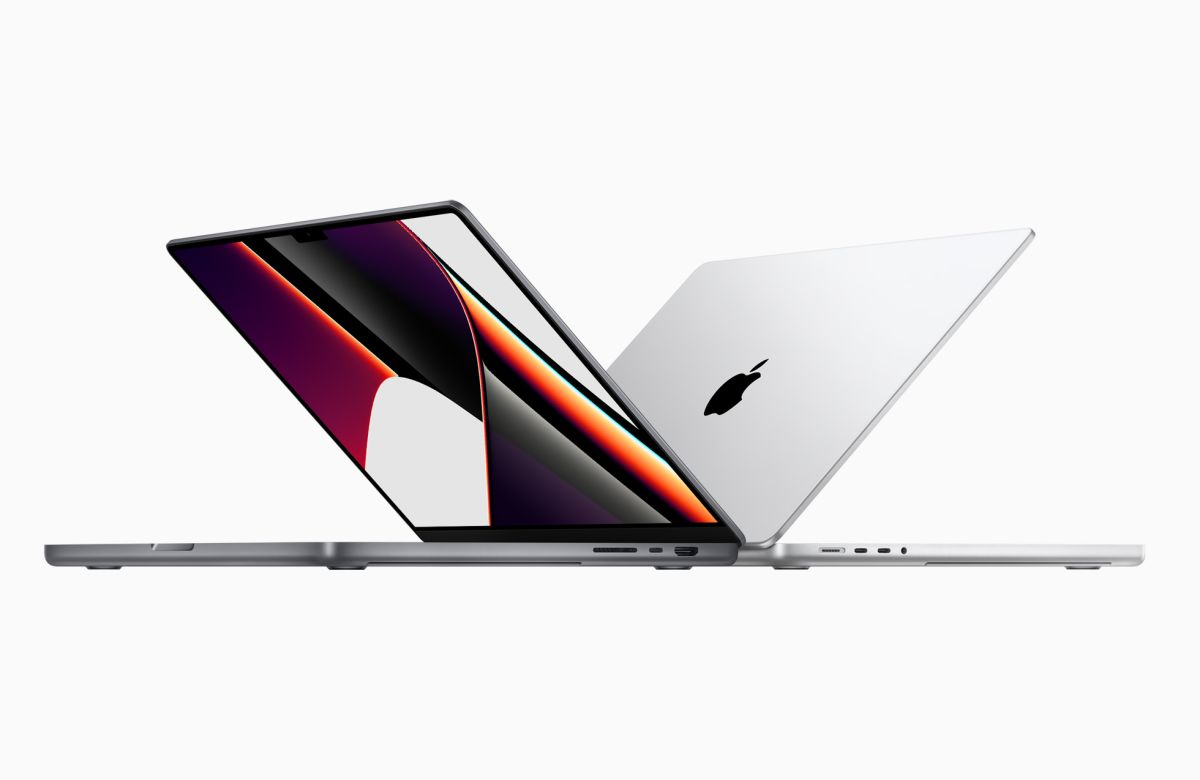 This Monday, October 18, was the launch of new products from the technology great, Apple. The event “Unleashed” o Unchained took place today at the Steve Jobs Theater in Apple Park in Cupertino, California. The star of the event was the new MacBook Pro in what means the first design update in 5 years.

Just one month after the launch of the iPhone 13 that took place on September 14, Apple returned this Monday with a range of new high-end products. As expected the new MacBook Pro was launched.

They presented us with two versions and of course two different prices: a 14-inch model, a model that is launched for the first time, and a 16-inch one. Prices start at $ 1,999 for the smallest computer and go up to $ 2,499 for the largest. the total price will depend on the accessories you add at the time of purchase.

There are only two colors: silver and space gray, and both are available now., in the United States, on the Apple.com page for pre-order.

The new MacBook Pro was presented as the improved computer in every way over the previous generation. On the other hand, its model is a little thicker, although lighter and finally with more ports, for better connectivity.

It also features a Mini-LED screen, a better resolution webcam, and an improved speaker system.

Apple also announced new chips, the M1 Pro and the M1 Max., with up to 200 GB / s of memory bandwidth and 400 GB / s respectively. Likewise, they offer a unified memory of 32 GB and 64 GB respectively.

The M1 Max is so far the largest chip Apple has ever built.

The AirPods 3, which will likely have little to envy the AirPods Pro, actually takes the best of this high-end design.

The new wireless headphones offer: spatial audio, better sound quality, resistance to sweat and water, an adaptive equalizer and a new design. It also promises longer battery life and charges in 5 minutes for an hour of use.

They’re available starting today in pre-order at a cost of $ 179 dollars.

Apple’s virtual voice assistant comes in new colors: orange, yellow and dark blue, in addition to the white and space gray that already existed. And they are sold for the price of $ 99 dollars from today on the Apple page.

With 360-degree sounds for the room you are in, it has the intelligent assistant Siri, you can control it from your cell phone and it promises to keep your data private and safe.

The last thing presented for the “Unleashed” event was the new lower-tier Apple Music plan, called the Voice Plan, for $ 4.99 per month. Which implies not paying the full cost of Apple Music, but an inexpensive version.

Normally Apple makes its launches on Tuesdays, however, this time, Google went ahead by announcing the launch of the Pixel 6 phone for this Tuesday, October 19.